What Does A Shorter Race Weekend Mean For F1? - WTF1
Skip to content
×
Formula 1 , Opinion

What Does A Shorter Race Weekend Mean For F1?

This weekend’s Grand Prix at Imola is not only special because we are returning to the racetrack for the first time since 2006, but the format has been changed with Friday practice being eliminated completely.

Some people might enjoy no Friday practice as it means the weekend will become more compact and hopefully make for better racing, but what are the implications of having these two-day race weekends?

GIVE ME THE DATA

Firstly, data. A boring answer, but it’s quite simple. With F1 cars having not raced in Imola in 14 years, there is still plenty of uncertainty going into qualifying and the race. Of course, the drivers have had simulators to practice on and AlphaTauri even managed to test their cars around this circuit earlier in the year, but for the majority of the field, they have never raced here in an F1 car.

Although the practice sessions might come across as a bit of a procession, it’s extremely useful for teams to understand how their cars behave around tracks, update software, and plan strategies based on how the tyres are wearing.

This does mean that by cutting two of these practice sessions from the race weekend’s itinerary, results could be more unpredictable. We can only hope.

GETTING TO KNOW THE TRACK

As we said, F1 hasn’t been here in years and years. Kimi Raikkonen is the only driver to have raced at this track with F1 back in 2006, and with the evolution of F1 cars having changed so much since the mid-noughties, it will be interesting to see how everyone gets on with this ‘old school’ track.

These wider cars will be mega to see around Imola, but drivers will also need time to explore every inch of the track. Track limits will once again be a popular phrase this weekend.

“An hour and a half is not as much time to test things as you normally would,” Lando Norris told F1.com yesterday, “to get the car in the right window, and allow me to try as many different lines and kerbs.”

“I think it’s quite exciting. It brings some unpredictability into the race – that’s something Formula 1 has been generally lacking. Hopefully, it will spice things up,” Grosjean said on Friday’s media day.

Although most drivers have been to Imola in some kind of capacity, there are just three drivers that have never raced at this circuit in any formula before; Perez, Vettel, and Magnussen.

Imola is a challenging track. Chuck in the lack of practice, drivers exceeding track limits, the runoff gravel, and grass and you have got a winning combination.

It’s going to be sensational for the drivers who will push themselves around this track, but as ever it comes with a risk. Go too hard and you could find yourself in the barrier or beached in the gravel.

Especially with the condensed two-day weekend, mistakes are extremely valuable. Smash up your front wing in practice? You have just two-and-a-half hours to fix it and get ready for qualifying. Giving off some serious Formula E vibes with this shorter race weekend.

It’s sad, but it’s true. F1 and the tracks make a great deal of money from Friday practice sessions from things like ticket sales, with fewer practice sessions also resulting in less television time for cars and track sponsors which won’t make them happy.

However, if this format is introduced, the idea is that it could spice up the racing on track which in return could draw more attention from financial sources who want to be involved in the sport.

The decision to have a two-day weekend will also affect the promoters and those who are responsible for television licensing. “We want to see racing cars on track,” Martin Brundle said on Sky post-practice about this proposed scheduling.

Overall, this is a first for F1. We experienced a similar race weekend a few weeks ago in Germany when the weather rained off all Friday practice sessions, but this is the ‘official’ proposed test for a two-day format.

Will it become normal? Honestly, I can’t see it happening. There are many perks to the idea such as ideally making the field more underprepared to generate better racing, as well as cutting the race weekend down by a day which could mean extra invaluable time for team personnel to spend at home with their families.

However, due to the financial implications for so many departments of F1, I don’t think it will be something that is introduced as a permanent fixture. “It’s something we should do from time to time,” McLaren team principal Andreas Seidl even suggested. 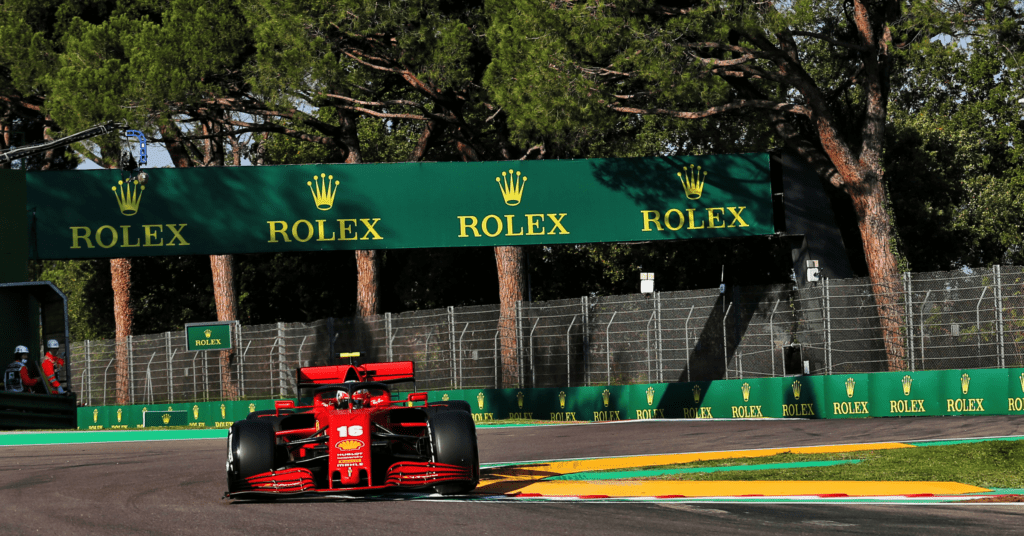