What Does Citroen’s Sudden Exit Mean For The WRC? – WTF1
Skip to content
×
News , Rally

What Does Citroen’s Sudden Exit Mean For The WRC?

Despite still having a year left on the deal that brought him back to Citroen, a testing 2019 campaign made Ogier’s mind up for him. Third place in the championship doesn’t tell the entire story; or maybe it does, if you consider the fact that this year Ott Tanak became the first man in seven years to wrestle the WRC title away from the 35-year-old Frenchman.

Ogier’s most recent season at the top of rallying is a tale of frustration, disappointment and disillusion. Citroen had already made the decision to enter two cars for the season, downsizing its project by one entry from ‘18. Sebastien Loeb, Mads Ostberg and Craig Breen all jumped ship – Breen because of the decision – and made way for Ogier’s return and Esapekka Lappi from Toyota.

It had also stated that 2021 would be its last season, with the PSA Group unwilling to fund a hybrid WRC programme (set for ‘22) alongside premium brand DS’s involvement in Formula E and Peugeot’s recently-announced return to the top tier of sportscar racing in the new hypercar class. That in itself would be fine – hybrid technology is pretty strenuous for the wallet, particularly at elite level motorsport – but a quick look back shows Citroen pushing for the introduction of hybrid technology in the WRC. It’s almost like setting fire to a theatre auditorium before the opening performance, after you specifically asked for the stage to be built for your production.

The French marque wasn’t even interested in repeating its 2006 or ‘16 move and taking a sabbatical in order to thoroughly prepare for the new regulations and be truly competitive from the off. Saying that, however, its return in ‘17 and the C3 WRC model didn’t exactly meet Citroen’s definition of success in the WRC.

“Our decision to withdraw from WRC programme as early as end of 2019 follows on Sebastien Ogier’s choice to leave Citroen Racing. We obviously have not wished this situation but we could not imagine 2020 season without Sebastien. I would like to thank Citroen Racing team for their passion and commitment. A part of Citroen’s DNA is intimately linked with the rally and we are proud to be one the most titled brands in WRC history with 102 victories and eight manufacturer titles.”

But, back to Ogier. Three wins, including Citroen’s 100th in the WRC at the opening round in Monte-Carlo, and five other podium appearances saw him trounce Lappi – a fine driver in his own right – in the Drivers’ Championship by 217 points to 83. Citroen, meanwhile, finished third out of four in the Manufacturers’ standings, failing once again to add to its eight titles – the last of them coming in 2012. One bright side is that Ogier’s wins doubled the number of wins it had managed in the previous two years combined.

His frustration came from his almost insatiable desire to win. He was aware of PSA’s desire to save budget by squeezing every last drop of performance out of its existing resources, and could feel it in the C3’s lacking performance. But, for a six-time champion, that was never going to be enough. Back in October, Ogier was left crestfallen by Citroen’s failure to provide certain suspension parts for Rallies Wales/GB and Spain. While he achieved third in Wales/GB, Spain saw additional hydraulic issues that left him out of the picture by the end of the first day. With it, his already slim title hopes all but vanished.

Ultimately, while Ogier will move onto Toyota alongside Brit Elfyn Evans and Kalle Rovanpera; the WRC has lost a precious manufacturer for 2020, bringing the current total down to three. Lappi’s situation is also tricky, but recent news suggests that Ogier’s former team Ford/M-Sport is interested in his services and Evans’ move to Toyota opens up a space.

The FIA will lose out on a quarter of the revenue it enjoys from the manufacturers in the WRC, and fewer seats are available to drivers. Not exactly inspiring to the hopefuls in WRC2 at the moment. Thankfully, both Citroen drivers have (potentially, returning to Lappi) found new homes. But, forget the money for a moment. The name is gone. Potentially for good when hybrid technology is brought into the championship; unless DS or Peugeot’s projects have their heads cut off in the coming years. An dip in fan interest may be expected too, which is something that WRC could certainly do without.

But maybe, Citroen’s concerns of costs in the WRC should be taken more seriously. The 2017 rule changes were sparked by cost concerns, yet everything has seem to become more expensive as a result. It all adds up but, simultaneously, doesn’t – if you catch my handbrake turn. The proposed engine changes will only add to that burden.

The team that dominated for the best part of a decade in rallying has packed up alarmingly quickly, after previously stating that the programme still had two years of life left in it. 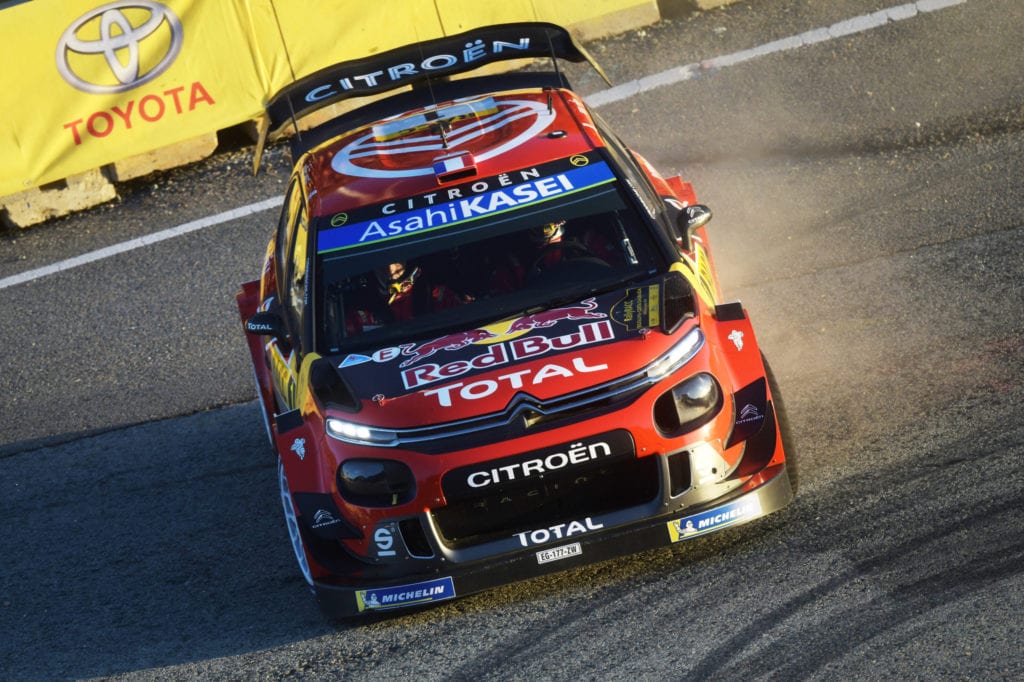