What Does It Take To Be An FIA ‘Grade 1’ Circuit?

When hosting an F1 race, there’s a long list of rules and procedures that a circuit needs to follow, from having the necessary resources, structures, and maintenance to making sure it’s over 3.5km in length. It’s these reasons why F1 can’t just host a race at your local karting track, for example, as cool as that would be.

As the FIA is responsible for so many motor racing series, there’ll be noticeable differences between what’s needed to host a round on the F1 calendar and the FIA Historic Formula 3 European Cup. To make it easier to understand, the FIA has categorised circuits from Grade 1 to 6. ‘Grade 1’ is needed to host an F1 race, with ‘Grade 3E’ specifically being for Formula E.

HOW DO YOU APPLY FOR A GRADE 1 LICENCE?

If you’re a ‘new circuit’, you’ll need to submit a chunky document about all your plans to your country’s national sporting authority, which will hopefully approve it and pass it on to the FIA. There are plenty of details that need to be included in this dossier—items such as a completed questionnaire provided by the FIA concerning local hospitals and the medical centre and a detailed circuit layout to scale with information such as buildings, turn numbers and the location of Parc Férme.

After doing that, the FIA will charge a fee to inspect the circuit and do a project study, and if they find anything they think needs to be changed, they’ll recommend it. All this needs to be done in a time frame, so for a new Grade 1 circuit, the final inspection on a permanent track needs to be done at least 90 days before an official F1 weekend. The FIA also expects everything to be ready, from safety features to the track surface, on this final inspection.

As a circuit, you’ve also got to keep the FIA in mind if you want to make any significant changes to the circuit layout. If you fail to keep them in the loop and undergo the changes without their permission, you could find your circuit is ruled out of hosting international competitions. Big yikes.

If you’re also a circuit with several different configurations, such as Bahrain, the approval is only valid for the track layouts that have been inspected.

Oh, and if you’re an oval track, then it’s probably not going to be good news. The FIA only licenses tracks like that for international competitions if the cars are specifically designed for racing on paved oval tracks over one mile long – like a NASCAR Cup car – or if an open-wheel car complies with strict regulations and performance requirements.

Having said this, the Indianapolis Motor Speedway is still a Grade 1 circuit despite being an oval and host to one of the most controversial F1 races we’ve ever seen. Indy is also an anomaly on the list as it also features banking which has its own set of rules.

Any kind of banking on a circuit shouldn’t go over 5.7°, which is not the case at Indy as the oval is banked at 9°. Even the newly refurbished Zandvoort has steep banking, with Turn 3 being 18° and Turn 14 being 19°. It’s understood that exceptions can be made in special cases and that for Zandvoort F1’s previous race director, the late Charlie Whiting, said, “show me how [the banking] is possible, and I’ll accept it.”

WHAT DOES A GRADE 1 CIRCUIT NEED?

Truth be told, there isn’t exactly a checklist of things that a Grade 1 circuit has to have. There are more recommendations and suggestions, although there are some deal breakers.

Firstly, the actual layout. We already know that ovals are kinda a no-go, but in terms of how you wish to organise the shape of the track, you can do as you wish. The FIA might take a look at your plan and suggest practical changes, or if they think a slight tweak could produce even better racing. However, neither F1, FOM or Liberty Media control the construction of a new circuit.

The maximum permitted length for a straight section of the track is 2km for the circuit itself. There is also the recommendation that no new circuit should exceed 7km. Existing tracks on the F1 calendar, like the fan favourite Spa-Francorchamps, measure 7.004km and provide superb racing, so it’s likely to be slightly flexible. It’s probably more a hint that the FIA won’t be approving another 25km long circuit that F1 raced on for the 1957 Pescara Grand Prix. Bonkers.

F1 circuits must also be longer than 3.5km, which once again has exceptions like the Monaco Grand Prix circuit that’s only 3.337km in length over a single lap.

There are also some other important rules to follow. New permanent circuits should have a track width of at least 12m, with changes to the track width being as gradual as possible. The width of the starting grid also needs to be a minimum of 15m, with this width being maintained through to the exit of the first corner to help avoid any first lap pile-ups.

Exceptions are possible, though. If an existing circuit wishes to request international recognition, but their starting grid is narrower, the FIA might approve them if national competitions have been regularly organised at the venue.

In terms of the actual starting grid, there are stricter rules. There should be at least 8m length of grid per car for the F1, with 6m needed for other series. It’s also preferred that there is at least 250m between the start and the first corner. The gradient of the start/finish straight should also not exceed 2%.

As for the first corner, that could be a change of direction of at least 45° with a radius of less than 300m. All these tiny details are probably only noticed by a few but are woven into the rulebook.

Permanent tracks should have a continuous border around them with a white line in anti-skid paint being a minimum of 10cm wide. There is also the need for compact verges, commonly between 1m and 5m wide. These verges should be a continuation of the track itself, with any transition from one to the other being very gradual.

As for a run-off area, this should be graded to the verge to make the smoothest changeover possible. If the run-off area does have a slope, it shouldn’t exceed 25% upwards – which does not apply to gravel beds – or 3% downwards, in relation to the lateral projection of the track surface.

Suppose a car does use the run-off in a crash or incident, there are several safety rules and regulations that need to be in place to absorb a car’s energy and/or provide conditions for the driver to regain control of their vehicle. This is all standard practice for a circuit, as well as making sure that the protection of spectators, race officials, service personnel and the drivers is of the utmost importance.

If you’re hosting an event like F1, which sometimes can have an excess of 200,000 spectators in pre-pandemic times, you need to make sure that there’s enough space to accommodate the fans, in addition to the F1 circus itself.

For the medical centre, there’s got to be a team of doctors present who are trained in resuscitation and at least two surgeons – one who is experienced in concussion and spinal injuries and the other who knows how to treat burns. There must be a good understanding of English, as well as a fully stocked medical kit, and all members of the medical team must be proficient in dealing with patients who have trauma.

Capacity for timing rooms, race control, media centres and marshal posts all need to be considered, plus the actual paddock and pit lane. The latter also needs to be at least 12m wide, complete with pit garages and directly opposite the start straight and a pitwall between the two.

Even things like bridges and tunnels for trucks or emergency vehicles need to be visualised in the planning stages of the circuit creation. Same for drainage solutions, as all of this can influence the layout of the track.

We’re not kidding when we say that the list of recommendations and necessities goes on for AGES. Of course, when it comes to the health and safety of those on the ground, everything must be taken extremely seriously as we all know how dangerous motorsport can be.

There are undoubtedly countless hoops to jump through, but those involved in creating new circuits will often enlist the help of experts like Hermann Tilke, who has designed a load of circuits currently on the F1 calendar.

WHICH CIRCUITS ARE CURRENTLY GRADE 1?

Well, as you would probably guess, most of the Grade 1 licenced circuits are already on the F1 calendar. From Silverstone to Suzuka, they’re all still under contract. However, several circuits aren’t on the calendar that could theoretically host an F1 race if needed.

This became all too apparent in 2020 when the COVID-19 pandemic hugely impacted the calendar. We ended up revisiting old tracks like Imola and Nurburgring and visiting new venues like Portimao.

Venues like Estoril, Fuji Speedway, Korea and New Delhi all have Grade 1 licenses that last a year or two. Istanbul Park and Mugello are the same, and as a result, made appearances on the modified 2020 F1 calendar.

In the most recent FIA document to show the official list of licenced circuits, last dated December 2020, specific circuits had failed to renew their licences, such as the Circuit Gilles Villeneuve in Canada and the Shanghai International Circuit in China. There’s no need to panic, though. Not only is the latest document almost six months old, but it’s also possible for circuits to renew their FIA licences if they wish to. A licence is typically valid for three years from the date of the circuit’s final inspection. 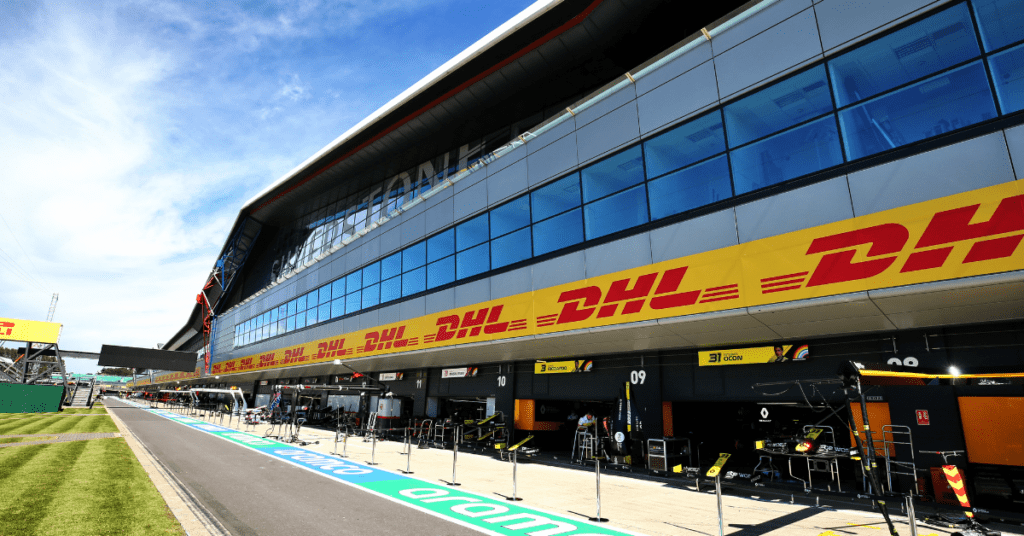