What Does The Future Look Like For F1 Cockpit Protection? – WTF1
Skip to content
×
Feature , Formula 1
9 comments

Alright, cast your mind back to when F1 first announced they were introducing ‘The Halo’. This new safety addition truly split the opinions of fans and racing drivers alike. Some wanted the cockpits to remain as they had been for decades before, others believed a full-on canopy screen was the only answer, and a select few welcomed the idea with open arms.

Now, obviously, we all unanimously agree that the Halo has been one of the best decisions F1 has ever made. It’s saved countless lives, from Lewis Hamilton this weekend in Monza, to Charles Leclerc in Spa 2018 and Romain Grosjean in Bahrain last year, but why did F1 go with a ‘halo design’ when there were other alternatives out there?

Firstly, I think it’s important to address that this wasn’t just a quick decision by the FIA. The idea of a cockpit protection device has been in discussions for years and years around motorsport, especially in championships like F1 and IndyCar.

Back in 2011, F1 engineers tested out the idea of a fighter jet canopy with help from the FIA. When this idea was initially tested, the most recent example of a driver suffering severe head trauma from flying debris in F1 was Felipe Massa. Massa was hit by a spring that had come loose from the car of Rubens Barrichello during a freak accident in qualifying for the 2009 Hungarian Grand Prix.

Thankfully, Massa survived the terrifying accident but was immediately knocked unconscious behind the wheel of his Ferrari at one of the most high-speed parts of the Hungaroring circuit. He was transported to a hospital for surgery above his left eye and later had a metal plate inserted in his head. 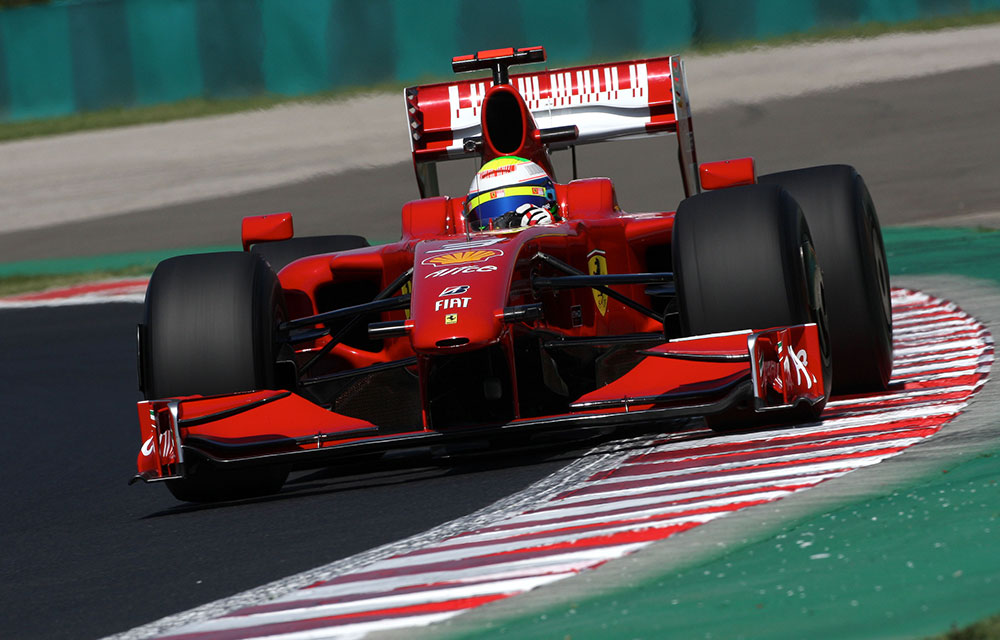 At that weekend for the Hungarian Grand Prix, before Massa’s accident, it’s understood that the Grand Prix Drivers Association actually discussed how the sport could improve cockpit safety in the years to come. This topic was brought up after the tragic death of 18-year-old Henry Surtees – son of F1 World Champion John Surtees – who was killed after being struck by a wheel during a Formula 2 race only a week beforehand.

Ross Brawn, Team Principal at Brawn GP at the time, said that a “proper study” was needed for closed cockpits as a result of the two recent accidents. Of course, the car that had the loose spring that hit Massa was a Brawn GP.

Even in 2009, during conversations about closed cockpits, similar topics of discussion were generated that are talked about today. 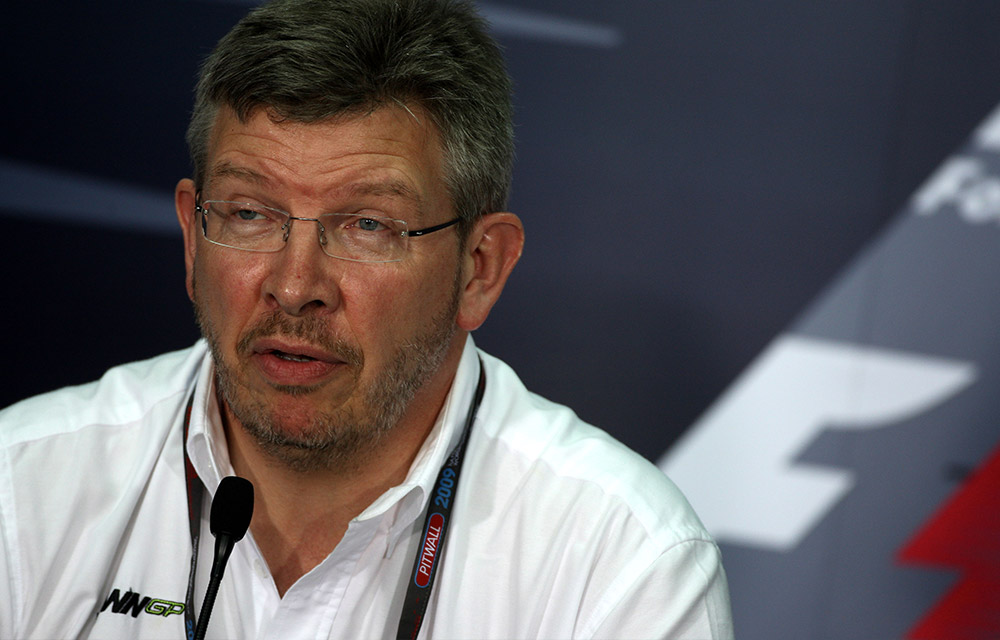 Speaking about the possibility of closed cockpits in the future of F1, Brawn explained how “in the history of F1, [drivers being struck by debris] is a fairly rare occurrence”.

“If there is a need to react, then I’m sure F1 will react very promptly, but it’s making sure that we don’t do anything to make the situation worse on balance.”

Fast forward to 2011, and the FIA ran two tests to explore the options available for a closed cockpit. The first test involved a polycarbonate windscreen, with the second experiment using a fighter jet canopy made from an aerospace-spec polycarbonate—both pretty intense and robust materials.

During the tests, a precise set-up was used to fire a ‘typical’ F1 tyre into the structures’ path at an exact speed of 140mph.

Both tests gave the FIA essential feedback, with the windscreen sustaining ‘significant damage’ during the test despite managing to deflect the tyre above where the driver would be located.

However, the fighter jet canopy passed with flying colours, managing to bounce off the tyre away from the driver and with minimal damage to the screen itself.

Work continued the following year on alternatives, with similar experiments being carried out with a role hoop design comparable to today’s Halo. However, when this new role hoop structure was presented to F1’s Strategy Group in 2013, the idea was criticised for being too “ugly”, and the project terminated.

Toto: "The Halo definitely saved Lewis’ life. I don’t even want to think about if we wouldn’t have had the Halo."

After yesterday’s reminder of just how crucial the Halo is, rewinding back to pre-season 2018 and the introduction of the safety device 🙏 pic.twitter.com/Zru2hgJ68u

Only a year later, F1 would experience one of its darkest days after the catastrophic loss of Jules Bianchi. Although an investigation decided a closed cockpit design wouldn’t have saved the young driver’s life during the 2014 Japanese Grand Prix, there is no doubt that opinions were changed about the necessity for closed cockpits and preventing further accidents down the line.

“All the biggest accidents in motorsport over the last couple of years have been head injuries, so it’s probably one part where we are not at the top of safety,” Fernando Alonso said in the following weeks after Bianchi’s crash.

“Even in my case, in 2012 at Spa, I could probably have died there in corner one if it had been ten centimetres closer to my head. If the technology is there and available, and there is the possibility, I would not exclude it.”

Just weeks after Bianchi passed away, IndyCar star Justin Wilson was killed after a piece of debris made contact with his helmet during the 2015 ABC Supply 500. There was now a real sense of importance and urgency from the motorsport community that something needed to be done. 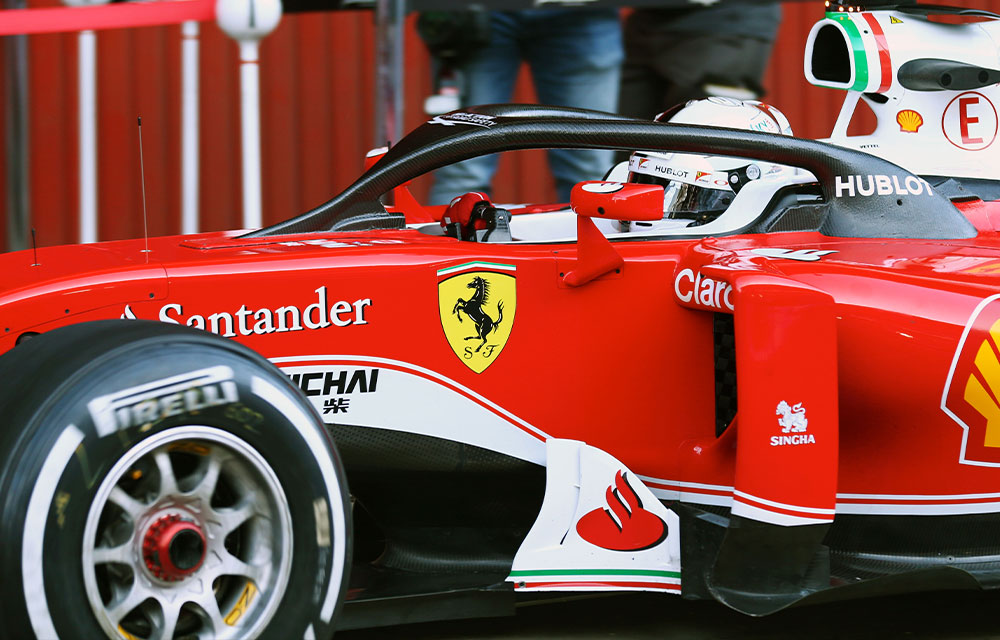 The following year, the first Halo device was tested on an F1 car at pre-season testing. It was initially rejected for use during the 2017 season, with teams and drivers concerned over the visibility, but from 2018 changes were made, and the Halo became mandatory.

However, Red Bull technologies also helped create a ‘windscreen’ of sorts in 2016 – similar to the fighter jet canopy that the FIA tested five years prior – that was never accepted by F1. Why?

Well, it certainly wasn’t because the cockpit protection device was deemed unsafe. In fact, IndyCar partnered with Red Bull on this design in 2020 and now use it in their championship to keep their drivers protected during average speeds of 157 mph at events like the Indianapolis 500. 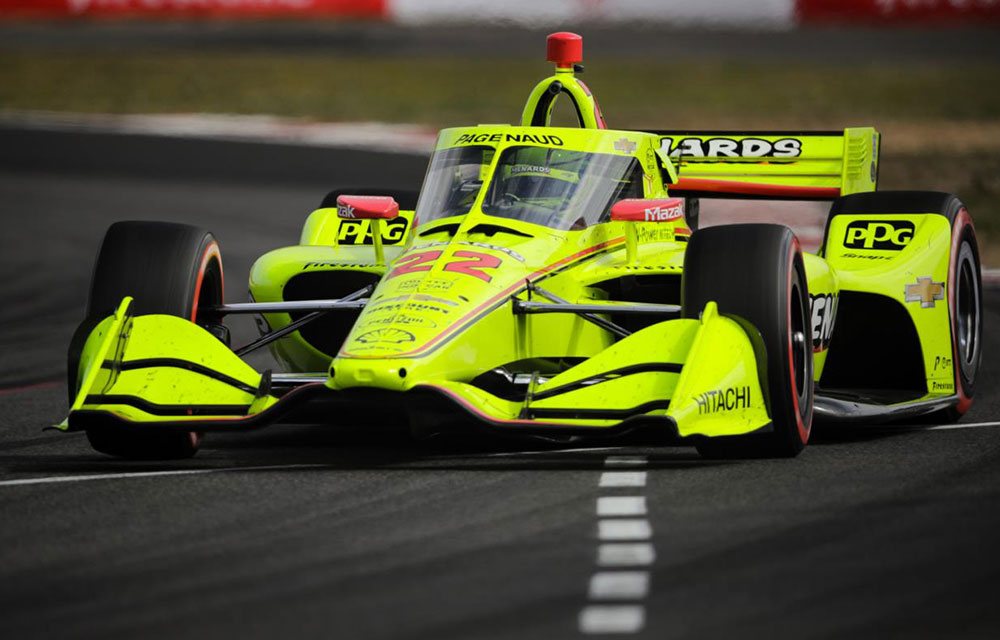 The closed cockpit device that IndyCar now uses is almost a hybrid between a canopy and the Halo. You can see from images that behind the thick transparent polycarbonate canopy is a strong titanium halo. A design like this will repel the smaller debris thanks to the windshield and be strong enough to reflect larger parts like springs or tyres. Overall, the structure can withstand over 15 tonnes of force. Mightily impressive.

The original aero screen prototype that Red Bull Racing’s Daniel Ricciardo tested during FP1 of the 2016 Sochi Grand Prix did not have the additional support of a halo behind it. 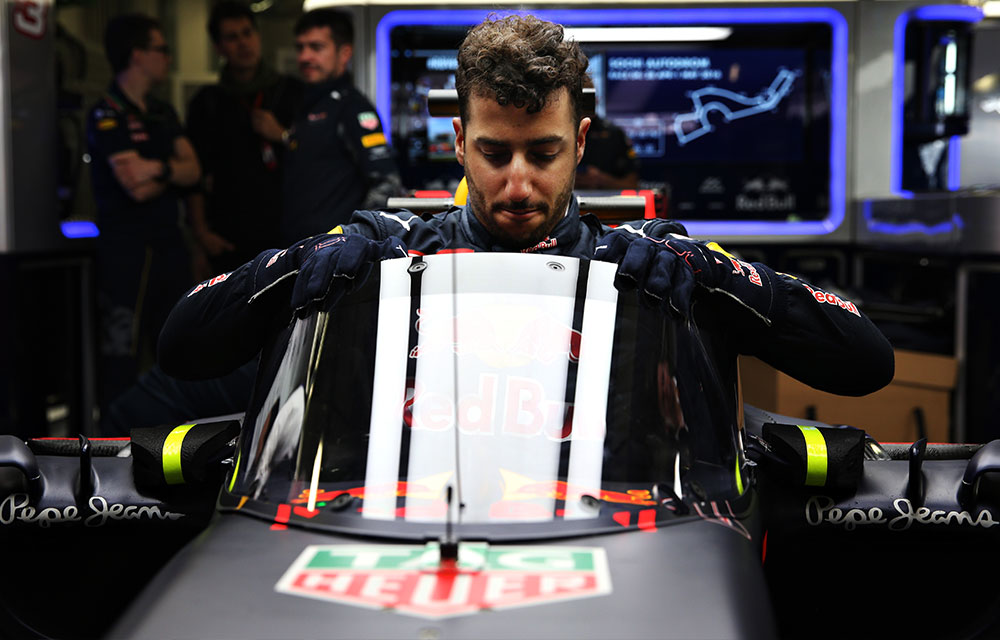 In fact, when a digital reenactment of the 2018 Belgian Grand Prix start crash involving Alonso and Leclerc was created using a similar aero screen design, it was decided that such a device would only offer 10% of the protection that the Halo offered Leclerc.

IndyCar’s solution wasn’t as easy as plonking a fighter jet screen over their cars, though, far from it. Although smart precautions were made to ensure the screen had a heating element built-in to prevent fogging and large scale tear-offs to use during races, it did come with consequences. One of which being cooling. Big time.

As you would imagine, driving at such high speeds will result in you feeling the wind and breeze rushing past you. However, once you chuck a screen in the way, any fresh air will be sent right over your head. The result? Feeling like you’re in a sauna rather than a race seat. 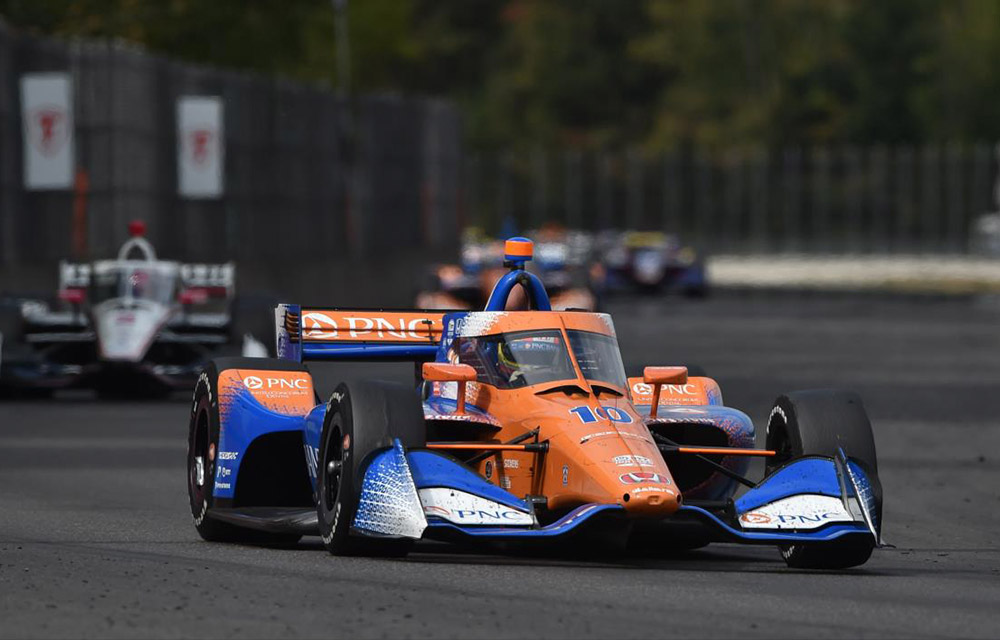 It’s not just the driver’s head that needs cooling either; the torso and legs are also vital to keep at suitable temperatures throughout a race. When testing out alternatives at races last year, a ‘nostril’ design was used, giving air to the driver’s feet and legs. Furthermore, IndyCar created another system that picks up air and pushes it through a hose into the driver’s helmet.

IndyCar has also allowed teams to modify the canopy with cooling ducts on both sides of the screen. At least one of these ducts must go to the driver’s helmet, with the other being able to send cool air to wherever the team chooses.

The screen can also be fitted or removed in 15 minutes to help recover a driver behind the wheel or just for basic maintenance.

Both designs are suitable for their chosen championship. In terms of overall protection, you could argue that IndyCar is the safer cockpit option of the two. Still, a decision on the optimal way to improve cooling has not been decided.

For now, F1 must continue with its halo design. With the 2022 regulations coming into effect next year, the ‘second generation’ of cockpit protection design will follow. A better-integrated Halo looks to be implemented, with the structure looking sleeker and at home on the car compared to the first design. 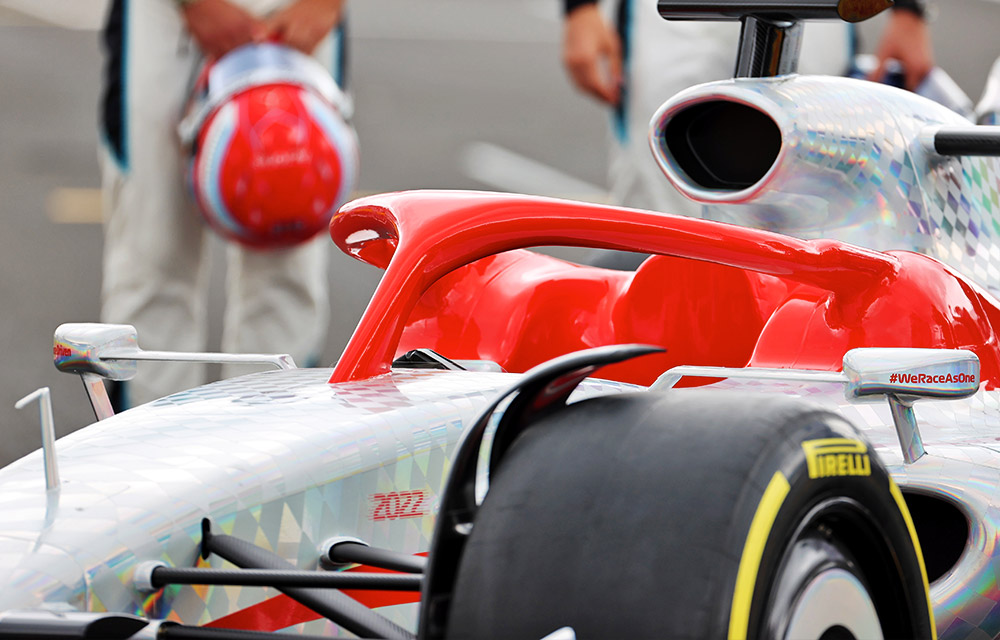 Could we see an aero screen in the future? Oh, most certainly. F1 is always looking for ways to improve itself, and with the introduction of a new CEO, Stefano Domenicali, a screen could be a strong possibility in the next decade or so.

For now though, both championships and their governing bodies will continue to work together and share data to help make our sport a safer place. F1 and the FIA currently relay any data and findings on the halo with IndyCar and vice versa.

What should the future of F1 cockpit protection look like? Let us know in the comments below. 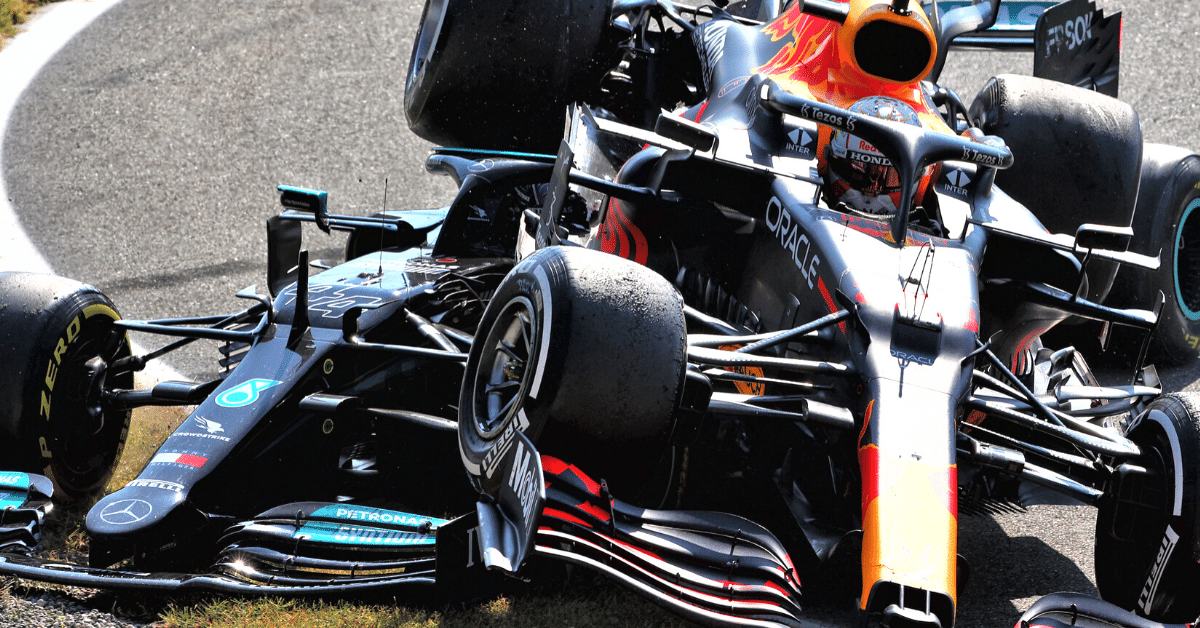