What It’s Like Going From An Esports Driver To McLaren’s Simulator Driver – WTF1
Skip to content
×
Formula 1 , Gaming

In 2017, Dutch sim racer Rudy van Buren won McLaren’s ‘World’s Fastest Gamer’ competition, beating stiff competition to win the frankly amazing opportunity to become the team’s official simulator driver. That’s quite the turnaround for a man who had previously been working as a sales manager back in the Netherlands.

Speaking at the finals of McLaren’s esports competition, van Buren said his life had flipped “180 degrees” since winning the competition. He’s clearly been doing a good job, too, because his contract has just been extended beyond the initial year.

Although he spends plenty of time in the sim, giving support on a grand prix weekend is something he’s yet to do – though he admitted that “all options are open” for 2019. Despite the fact the driving in a sim is not his job, van Buren said he still finds time to do sim racing for fun – as long as he’s not coming straight from the McLaren sim! He told WTF1:

“If I’m [at McLaren] for say, a week, and I go home, for the first few days I’m nowhere near a PC. Then if I’m out of here for about a week then I start driving more and more, getting back into it and racing with guys online. It’s my hobby and my work so it changes the perspective in some ways but it’s still good.”

As for the sim itself, like many F1 teams, McLaren is very secretive about it. That can lead to the impression that it’s some sort of incredible piece of kit that’s a world apart from anything you available for a home rig. Rudy said that while it is an impressive piece of kit, it’s not totally alien.

“I think in all fairness it looks less impressive than people expect, because you can look at it, it’s a tub, with projectors around it and laser-scanned tracks but it’s the model that makes it great. And then of course there’s motion and it moves, but it’s the details that make it great. I think it’s a wrong assumption people have got that it’s this super-cool thing, that it’s an F1 car and it moves metres and metres, but it’s not the case. No, it doesn’t look like a home sim, don’t get me wrong, but it’s not the sci-fi idea that people have got.

“Initially, yes, you take a little more time [to transition from a normal sim] because it’s quite overwhelming the first time you’re in it. You’re strapped in the tub, you’re in an F1 car with the halo and everything on it. It’s quite an impression, but you get in and within three laps you’re on it.”

In his time at McLaren, Rudy has been able to do all sorts of awesome things. As if working in the simulator wasn’t enough, he’s also had the opportunity to do things like compete in the Race of Champions, go to races with the team and take people on laps of F1 tracks as part of the Pirelli Hot Laps initiative. We asked what his best moment so far was – and it was none of those. In fact, he didn’t even hesitate when mentioning his highlight:

“Goodwood Festival of Speed. I think it was a moment of pure trust from everybody inside at the McLaren Technology Centre that the guy can drive a car. To drive that legendary car up the hill was really, really cool.”

What legendary car did he get to drive up the hill? Well, it was only Emerson Fittipaldi’s McLaren M23 – the first McLaren to ever win an F1 championship.

Just like Igor Fraga, the winner of this year’s McLaren Shadow competition, van Buren does have real-life racing experience. He started out in karting as a youngster and even won the Dutch national championship before a lack of funds forced him to stop. While sim racing ended up being an outlet for his racing desires and eventually a way into an F1 team, it seems like he could be about to return to traditional racing in 2019 – if all goes to plan, he’ll be racing in a well-known series in 2019:

“I can’t say yet [what series it is], it’s not signed yet. It’s a big international racing class and if everything goes right I will have 19 races between May and November. It’s a big deal but like many times before, it’s not signed so it’s not secure. We hope to secure that by the end of January. It’s looking really good, we just still have to refine a few parts with some partners.”

Ahh, the frustration of not knowing exactly what it is! An international racing class certainly seems like a big deal, though.

Whatever it is, van Buren could be a serious competitor. Part of the process for the McLaren Shadow finals was to put the competitors through their paces around a real track in a McLaren 570S GT4 car. During the day, Rudy was also on hand to give the car a quick test and according to Ben Payne, the head of McLaren’s esports programme, he actually lapped faster than the actual McLaren GT drivers.

So, winning an esports competition got Rudy van Buren a job with an F1 team, enabled him to visit races, drive an historic F1 car at a major public event, and looks likely see him compete in a real-life championship this year. Esports and sim racing can open a lot of doors and is looking increasingly like a much cheaper way of potentially breaking into the motorsport industry. Tempted to give it a go yourself? Here’s Rudy’s top tip for any budding sim racers out there:

“Put the time in. Put the time in. Nobody is good in the first few laps. To be good at something you probably need to do about 10,000 hours of it, so it’s pure dedication. If you love what you do you will get there in the end!”

You heard the man – get practising! 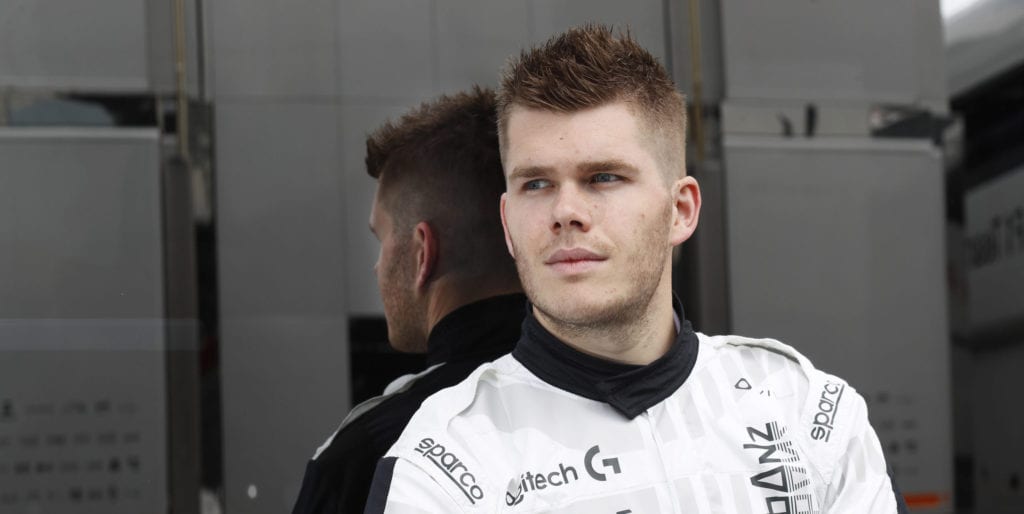