The Halo is dominating so much of the chatter around Formula 1 at the moment, but it’s not just limited to one series. The new Formula E car has one, and from next year it’ll be rolled out to other FIA championships, too.

Formula 2 is following F1’s lead, however, and introducing it this season. The new cars (complete with Halo) were at a wet and snowy Magny-Cours for a recent test. But what’s it like actually driving a car with one equipped?

We spoke the 2017 GP3 runner-up, Renault Academy driver and the guy who’s been repping WTF1 on his cars for the past few seasons, Jack Aitken, to find out.

How different is it in real life to on the simulator?
“We can’t really use it on the sim, because when you have a screen and stick something in front it does strange things to your perception! So it was first time out on track…”

How long did it take you to get used to having it on the car?
“I think pretty much rolling out the garage! Honestly it’s so thin you don’t notice it, and the top bit is out of your field of view (sorry halo-haters).”

Does having it on the car feel any different in terms of wind noise or buffeting?
“The buffeting could be slightly different but we didn’t do a huge amount of running so time will tell, but largely no!”

How does it affect how you get in and out of the car? And have you done anything embarrassing yet as a result?
“This is the one thing it does affect a lot, it’s nearly impossible to be graceful! I think we need a step or something, lifting your legs over the halo is not easy. I haven’t fallen over, just a hop and skip as I got out and nearly lost balance the first time!”

Away from the Halo, F2 has a new car for the first time in seven years – what’s it like to drive?
“Pretty mega, the turbo creates a new challenge in traction as the torque is pretty hefty, but the high-speed downforce is really good, and the noise isn’t half bad (though I do miss the screaming V8). We’ll see how it races soon but fingers crossed it’s still as good as it has been.” 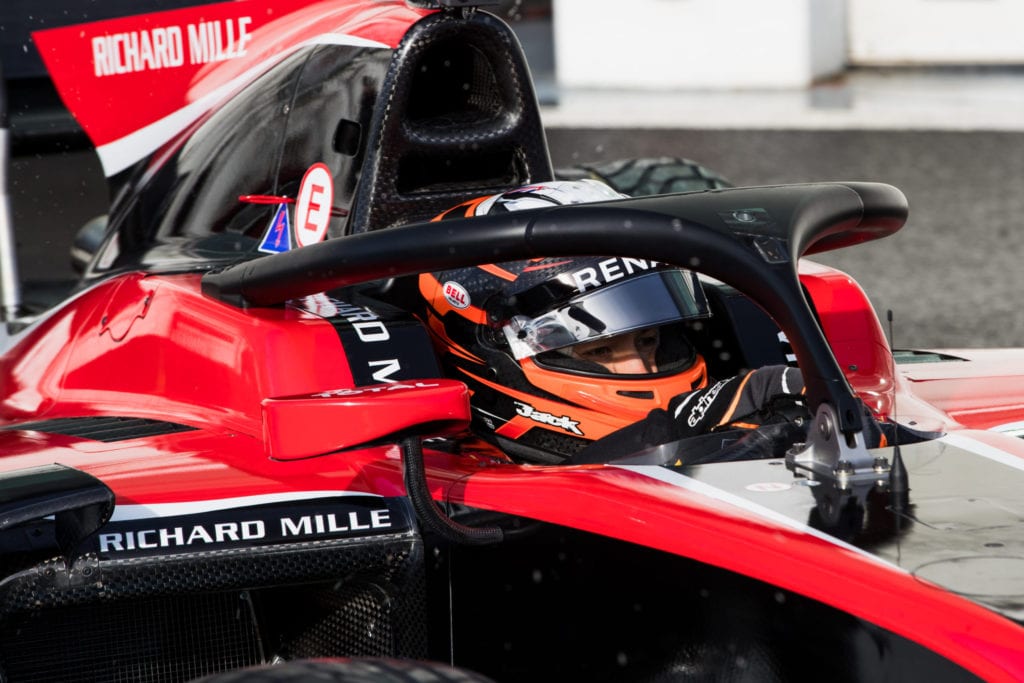