What Should Hulkenberg Do In 2020?

OK, so there’s still a place at Williams available as well as a couple of potential spots somewhere in the Red Bull fold, but it’s extremely unlikely that Hulkenberg is in the frame for any of them. In truth, his chances of being a Formula 1 driver in 2020 plummeted the moment Esteban Ocon was announced as his replacement, and realistically disappeared completely when Haas announced it was sticking with Romain Grosjean and Kevin Magnussen.

It’ll be a sad loss from the grid. He came into F1 with Williams in 2010 as a promising 22-year-old, fresh off the back of a dominant maiden GP2 campaign. He had your typical rookie F1 season – a bit wobbly at times, but showing a general progression throughout the season, culminating in an incredible – and utterly brilliant – surprise pole position on a drying track at Interlagos.

Over the next few years he continued to demonstrate serious pace, but for some reason – widely believed to be related to his height (and therefore weight) at a time when keeping the mass down was critical in F1 – he found himself doomed to a succession of midfield cars and teams. He did manage to win Le Mans with Porsche in 2015, but in F1 terms he’ll be remembered for an unwanted record. Come Abu Dhabi, he’ll have 179 grand prix entries – the most of any driver who doesn’t have a single podium finish to their name.

Out of a seat in F1, Hulkenberg’s career is far from over – after all, he’s only 32 years old. There are plenty of other series out there which offer close, competitive racing – and a greater chance of podiums, wins, and even championships. But which should he plump for? Here are a few suggestions:

During the US GP weekend a rumour cropped up that Hulkenberg was off to go and race for BMW in the DTM – a series that’s always been popular with ex-F1 drivers. He quickly rubbished those rumours, but that doesn’t mean it would be a bad option. It’s not only an ultra-competitive series, but it’s also growing rapidly. It’s no longer a championship full of German drivers racing on German tracks – in 2019 only four of the regular season drivers were German, and six of the 10 rounds on next year’s calendar take place outside of Germany. There’s also the growing partnership with Super GT which is sure to open up opportunities.

The downsides? Like I said, it is ultra-competitive – and former F1 drivers haven’t always done particularly well, which could leave The Hulk waiting a little longer than he might like to start racking up silverware. The plus side is that there are worse things than aligning yourself with a manufacturer, which could provide some insurance for a long and prosperous career in all sorts of other championships.

The latest suggestion for Hulkenberg’s future is that he could follow Marcus Ericsson’s example and go and race in IndyCar. Open-wheel cars, challenging circuits, a real chance for the driver to make a difference – all things that would appeal to any driver.

The big stumbling block could be the ovals. Hulkenberg has previously said that he has no interest in competing on ovals – but that can easily be overcome. German media has claimed that Hulkenberg has been offered a seat by Ed Carpenter Racing. Carpenter himself only does the oval races, meaning that at all the road and street courses (which make up the bulk of the season), he needs someone else to take his seat. In 2019, that role was taken by Ed Jones – could it be a job for Hulkenberg in 2020?

Given that he’s a Le Mans winner and clearly has a bit of a knack for sportscar racing, heading back to the WEC full-time would seem like a reasonable option. The only problem is that the 2019-20 season is already underway – and the only team with a chance of winning (Toyota) is already set for drivers.

The 2020-21 season, however? That’s a different beast. That’s when the LMP1 category gets replaced by the new Hypercar class, which is set to bring a load of new manufacturers into the championship – prime time for any driver with a desire for endurance success to come into the fold.

The advantage of going down the WEC route for Hulkenberg is that as it’s a relatively short season (in terms of races), it might allow a degree of flexibility for him to go off and race in other championships at the same time. Plus, while he waits for the opportunities presented by the hypercar rules, he could probably find himself a few one-off drives in LMP2 or something; being on the grid at Le Mans next year must be a tempting option…

In five years, Formula E has gone from an upstart championship for unproven technologies to a genuine career path that an increasing number of drivers are beginning to look at.

There would be a lot of positives for Hulkenberg if he went to FE, many similar to those relating to DTM – seriously competitive, a real mix of drivers, manufacturer support, a growing series – but there’s just one problem: all the seats for Season 6 are already taken. Plus, the first round in Saudi Arabia takes place on the weekend before the Abu Dhabi Grand Prix.

if Hulkenberg really wanted to be a Formula E driver, he’d either have to wait until next season, or hope that he can replace an existing driver mid-season. Never say never, but it seems pretty unlikely.

One way to remain in and around the F1 paddock next year (short of becoming a pundit) would be to find a role as a team’s test or reserve driver, perhaps taking on simulator duties.

His considerable experience would surely be tempting for a team to want to make the most of and from his perspective, it very much keeps him on the radar should something open up in 2021. Theoretically, depending on what’s required of him, it’s also a job he could combine with racing in another series, such as DTM.

What do you think Hulkenberg will end up doing next year and what would you like to see him doing? One of these, or something else entirely? Let us know in the comments! 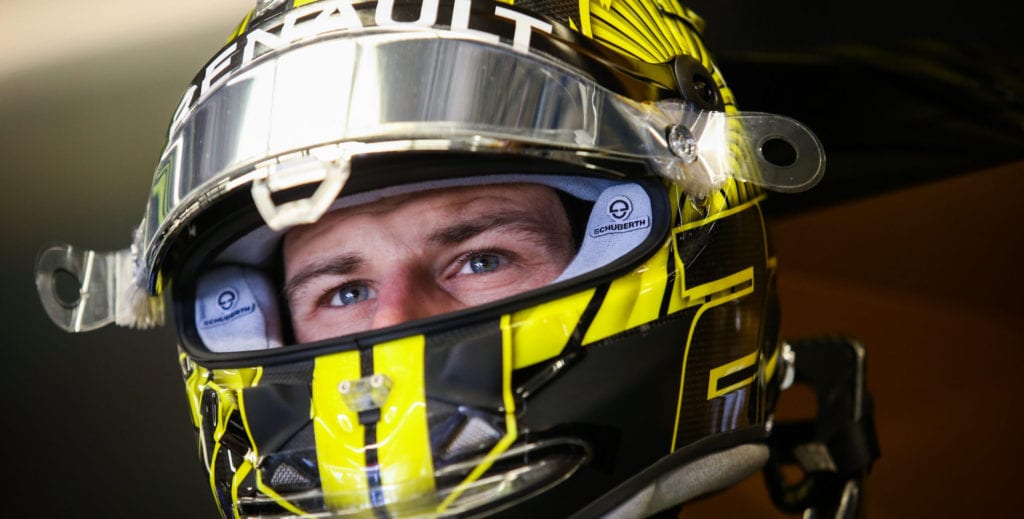