What The Hell Happened To Ferrari During The French GP? – WTF1
Skip to content
×
Formula 1 , News

What The Hell Happened To Ferrari During The French GP?

After two back-to-back race weekends with Ferrari having some unbelievable pace, many wondered if this was finally ‘the comeback’. After a pretty shocking 2020, finishing sixth in the constructors’ standings which was their worst result in forty years, things looked on the up.

Charles Leclerc had secured two consecutive pole positions in Monaco and Baku, and although he didn’t expect the team to be super competitive this week around Paul Ricard, I don’t think they thought it would be this bad. The Italian team walked away with no points from the French Grand Prix. Nil. Nada.

“It’s quite clear quite early that today we must have got something really wrong to be so far off the pace,” Carlos Sainz explained after the race.

“It’s a limitation that has appeared in some of the races where we really struggle with the front tyres, with graining, with degradation. Two times as much as our competitors.”

This is something that Carlos has been worried about earlier in the season, with a similar kind of issue in Portugal and Spain.

“It’s clear that we have a limitation with tyres, with tyre management, with the way we operate the tyres, and it’s something that we will need to analyse. Something that we need to try and get better through the season. It’s something that, to be honest, I felt immediately when I jumped in the car in Bahrain, and I felt like something was quite not right there. But, yeah, now it’s time to get our head down and work around it because it’s clearly limiting us on race day.”

Time to put the #FrenchGP behind us.@CarlosSainz55 and @Charles_Leclerc want to thank you for your strong support ❤️

The whole situation must be hugely disappointing for Carlos, who managed to qualify in fifth for the race before dropping way back to 11th. The Spaniard was certain that not even pitting any earlier would have made a difference.

“The problem is when you have so much degradation like we had today, you have no margin with strategy, you have no margin with defending. It’s not like we are the quickest on the straights anyway, but today we were really far off the pace, and yeah, we simply degraded the tyres two times as much as the others, and this is just something that we need to understand because I think at the moment, this one definitely got us by surprise.”

For Carlos, his teammate had it even worse. Leclerc ended up being lapped and finishing 16th – his worst result of the year, excluding his DNS for the Monaco Grand Prix last month.

Describing the race as one of the most difficult ones of his time in F1, Leclerc just echoed Sainz’s points of how the car struggled.

“We always had like five, six laps on the tyres where we were quite good, and we were competitive, and then even though we were trying to take care of the tyres, they were degrading so much on my side.

“We tried a second stop towards the end. We knew that we would be out of the points anyway, so we just went for another stop. Then obviously, it was quite tricky because we were with blue flags and things like this.

“It was just a very bad race for us, so we need to understand.”

🇫🇷Not the way we wanted to finish the weekend. It is quite clear that we lacked pace and we struggled with degradation through the entire race. We must analyze it,understand the issue and solve it. I'm convinced we will improve as a team. Austria awaits

With tyre degradation being such a huge influence on their performance, it’s an issue that Ferrari needs to sort out quickly. As well as tyre issues, Leclerc also made contact with Kimi Raikkonen in the final part of the race. Fortunately, both Kimi and Charles still made it to the finish line. 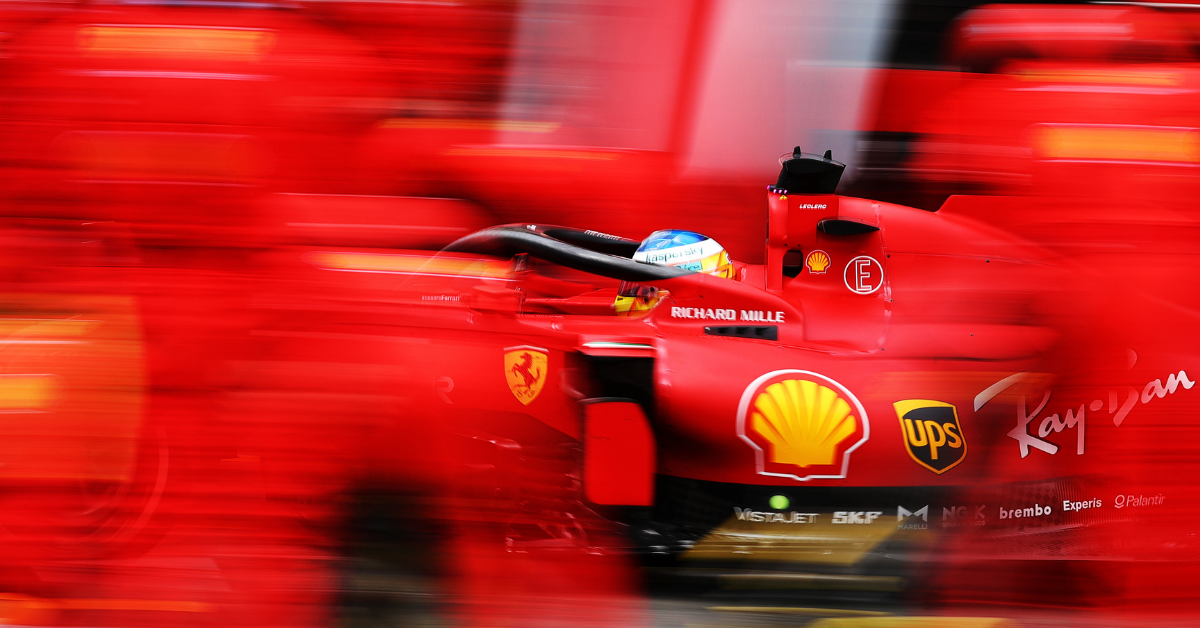