What Was It Like For A Sim Racer To Beat An F1 Driver At The Race Of Champions? – WTF1
Skip to content
×
Gaming , News

What Was It Like For A Sim Racer To Beat An F1 Driver At The Race Of Champions?

Perhaps the biggest surprise of all, however, was the performance of a sim racer, as Enzo Bonito vanquished former F1 driver and Formula E champion Lucas di Grassi as well as former IndyCar champion Ryan Hunter-Reay.

Is it all that surprising, though? For years, the GT Academy has turned gamers into bona fide race drivers, and more recent esports initiatives like the McLaren Shadow Project have incorporated real-life driving into the selection process.

However, unlike a lot of the names we see coming through the various esports competitions, Bonito differs in that he doesn’t really have a background in racing. Like many gamers (me included!), he started off with Gran Turismo as a youngster before moving on to more serious PC titles and last year that led to him getting his first outings in a real race car. He told WTF1:

“ROC Riyadh in February 2018 was my first time ever jumping in a race car after winning the eROC competition. Later in the year I won another Italian sim racing competition that was run by Porsche Italia, after winning that I managed to get a drive in the last race of the championship driving a GT3 cup car at Imola. My first race was an adventure, it was red flagged due to unbelievable rain! Other than that I haven’t done any more real racing.”

This year he was back the ROC, once again representing sim racers alongside this year’s eROC winner James Baldwin. On Saturday, Bonito beat di Grassi and then on Sunday saw off Hunter-Reay too, drawing on his sim racing experience in the process.

“The emotions were really uncontrollable. I honestly didn’t know what to expect until I stepped into the car for the first laps of practice. While I was trying to drive as fast as I could, I started to get that feel and I was thinking at the same time ‘wait a minute, I know how to do this, I’ve done thousands of laps like this’. From there I really picked up a lot of confidence.

“Di Grassi and Ryan both congratulated [me], but in the end I don’t think they were too happy, losing to a guy that doesn’t do real racing is not exactly the best thing I guess.

“However some of the other guys like Tom Kristensen or Benito Guerra were really cheering for me, kept congratulating and giving me tips always right there trying to help. It made me become even more of a huge fan of them!”

No racing driver is happy to be beaten but afterwards, di Grassi took to Twitter afterwards and displayed something of a mixed reaction – initially he seemed to dismiss it, but then admitted that sim racing may have a big part to play in the future of motorsport.

Yes. Proper racing involves completely different skills. It is not the same doing Eau Rouge flat out or driving the Mickey Mouse track of the race of champions…

Sim racing is the future of motorsport. All the young upcoming talents will have to spend more and more hours in the sim as realism becomes closer to reality. On top of it, the barrier of entering motorsport is super high making sim racing a perfect platform for practice.

It’s very true that the Race of Champions is nothing like any other motorsport event – something Bonito himself admits. However, he feels it shows that it’s somewhere for sim racers to prove that the skills are transferable.

“Well, the ROC tracks aren’t Spa or Nurburgring, but some of the cars are really tricky and fast to drive, I think it shows some of the skills in the end.

“Some of the drivers like Lucas don’t believe in what sim racing is capable of I think, but you can’t say he is wrong. He was probably born on a go kart so he has a different view of things. On the other hand, when sim racing will grow even more in the future and will show in more events like Race of Champions, more and more people will start understanding that is really a great training tool and makes you save a lot of money! Also, the sim racing player base can be thousands of people, it’s super competitive.

“Many of the professional drivers use simulators, they have their own one at their apartment or their team most likely use one as well as a training tool, I’m sure they know the potential of it! We have Max [Verstappen] and Lando [Norris] on our team [Team Redline] for instance, they grew up as sim racers.”

Of course, it’s one thing for the odd sim racer to go on and compete in real racing events, but the big question is: will it ever become a genuine route into traditional motorsport?

“Absolutely yes. If used in the right way, it can improve your skills dramatically. There is always room to improve, and I think one of the best ways to do it is on the sim. It’s not just the raw skills, but concentration, strategy (often on the fly).”

A someone whose own real-life racing ambitions amounted to a couple of years of autograss as a teenager before petering out, the possibility that sim racing is now potentially becoming a genuine way for talented young drivers to get their foot in the door is something I can absolutely get behind. 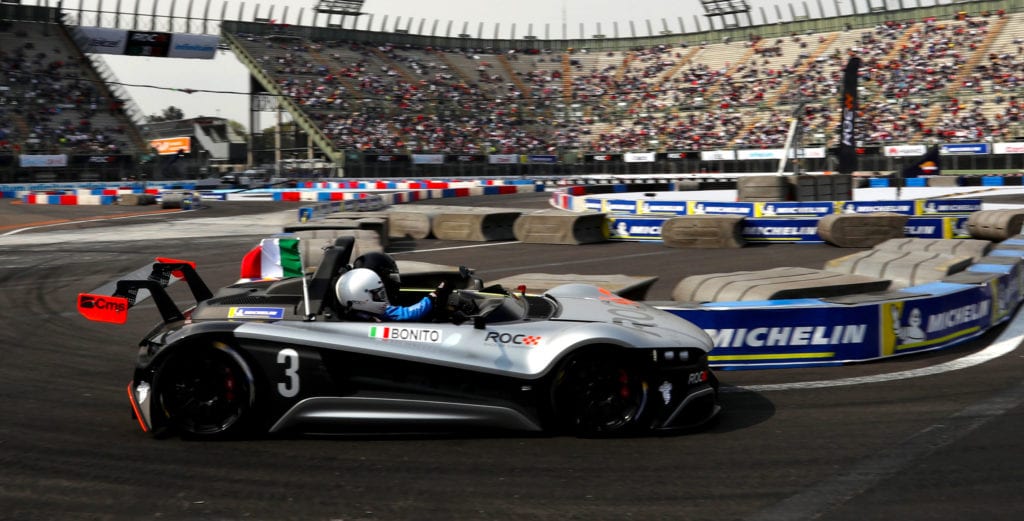