What We Learned From Rich Energy’s Unusual F1 Announcement

Ah, Rich Energy; everyone’s favourite controversial energy drinks sponsor. Despite making quite the impression with their partnership with Haas in 2019, and most of us thinking we would never hear of them again, Rich Energy has announced they are returning to F1 as a sponsor of… well we don’t actually know.

William Storey, Rich Energy’s Founder, alluded to an F1 return this season after tweeting about “the greatest comeback since Lazarus” last month. Still, most of us thought it was an early April Fools’ Day gag.

Turns out, we weren’t far off.

“Due to a media request we have been asked to delay announcement by 1 hour so will be 3pm UK time today,” they tweeted, which started to lead fans to believe that this announcement was never going to happen.

Finally, at 3:20pm, a video was uploaded of Storey drinking a can of this mysterious energy drink. He began talking about his previous relationship with Haas and his future plans for Rich Energy in F1.

In an almost comical series of events, the first video gets cuts off just as you think you’re getting somewhere with this announcement. A second video is uploaded minutes later, continuing where the other left off only to reveal nothing.

Storey talks about how F1 being on paid subscription services has caused damage to sponsorships, and that McLaren, Williams and Haas have all struggled financially as a result.

“I have been looking for a way in which Rich Energy can return [to F1], both optimally for us and to help the team we are going to work with,” Storey says.

“Serendipitously, a strategic ally of Rich Energy, has purchased – or agreed to purchase – a majority stake in an existing team.

“We did explore with the new regulations actually entering our own team for 2022, called Rich Energy F1 team, but a friend of ours has agreed a deal for a majority stake in an F1 team, and we will become a partner for that team for 2021.

“Once that acquisition is announced, we will become the title sponsor for 2022.

“I am really looking forward to competing with our competitors on track, I will be at the first race in Bahrain, and I look forward to seeing you all there.”

The whole thing is a total mockery but did give fans some light entertainment online.

The use of the hashtag #GivesYouWins is also a subtle dig at Red Bull, another energy drinks sponsor on the grid.

Storey’s choice of words should also be noted when he suggests an “ally of Rich Energy has agreed to purchase a majority stake in an existing team”. Just because you have agreed on something, doesn’t mean it’s official. Just saying.

We’ll believe it when we see it. 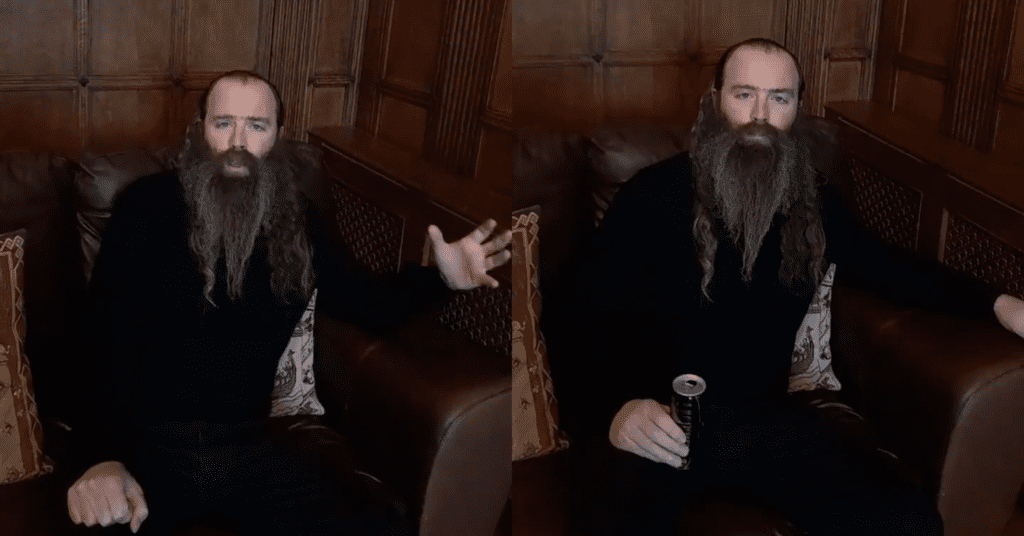