What Were F1 Legends Doing When They Were 22 Years Old? – WTF1
Skip to content
×
Formula 1

What Were F1 Legends Doing When They Were 22 Years Old?

It’s 1997, Jacques Villeneuve has won the Drivers’ Championship after a season-long battle with Michael Schumacher, and the first dual-shock PlayStation controllers are hitting high street shops. It is also the year Max Verstappen was born, setting him along a path to follow in his father’s footsteps in holding one of the coolest jobs on the planet – being a Formula 1 driver.

At age 17, Verstappen became the youngest driver to ever enter a grand prix, and given that the FIA has since gone on to tighten the entry requirements for becoming an F1 driver, it’s a record that he’s likely to hold.

Fast-forward to 2019 and little Max has gone on to become the de-facto number one driver at Red Bull. Having recently turned 22, Verstappen has proved that he has natural driving instinct and talent, racking up 28 podiums and seven wins in just under a hundred races. Big things have happened very quickly for Verstappen, now with a couple of strong seasons under his belt, which is really put into perspective when you see where other drivers in their careers were at the same age.

Leading in the current drivers’ standings and heading for his sixth world championship, Lewis Hamilton also holds many enviable records of his own. Having worked his way through junior categories like Formula Renault and GP2, Hamilton was starting his rookie season with McLaren shortly after his 22nd birthday.

Lewis was partnered with double world champion Fernando Alonso, who had also joined McLaren after leaving Renault, which led to a season of high drama and racing action. At the 2007 Hungarian Grand Prix, with his teammate waiting for his tyre change behind him, Alonso remained stationary in the pit box so long that Hamilton was not able to put in his final Q3 hot lap. The Spaniard went on to take pole position before being penalised.

Hamilton was undoubtedly tested in his rookie year, though he was still able to secure four race wins, 12 podiums, and even six pole position laps for himself, as well as losing out on the championship by just one point.

Current Ferrari driver and four time champion, Sebastian Vettel celebrated this birthday during the 2009 season. Like Hamilton, Vettel had started the year with a new team after being promoted from Toro Rosso to Red Bull.

He had to cut his teeth at Red Bull against some serious competition on the grid (notably the incredible story of Brawn GP) but certainly showed he had speed, consistency, and the ability to deliver a race-winning car home safely, with four wins and four pole positions.

Vettel set many records for being the youngest driver to do something, many of which have now been eclipsed by Verstappen. If he wants Vettel’s accolade of youngest-ever champion, though, he’ll have to win the championship in 2020…

Rewinding through a couple of F1’s long history of driving stars now, Mika Hakkinen’s F1 career hadn’t even started when he was 22.

Racing mainly in British Formula 3 in 1990, his second year in the category, Hakkinen destroyed the field and won nine of the 17 races that saw him finish top of the championship standings after the final chequered flag of the season.

One key moment occurred early in the year when Hakkinen tested for a spot on the prestigious ‘Marlboro World Championship Team’ driver academy in front of a panel of judges including British F1 legend James Hunt. Hunt was probably more interested in heading to the pub by the time Häkkinen got his opportunity late in the day but Hakkinen delivered, and was offered the seat. The following year, he became an F1 driver for Lotus.

Ayrton Senna was in similar circumstances back in 1982, having not yet started an F1 race either. Earlier that year, Senna had moved back to his home country of Brazil after announcing his surprise retirement from motorsport having just won the Formula Ford 1600 title in Britain.

Family pressures and a lack of driving opportunities outside of the junior categories saw this racing hero hang up his helmet when he was aged just 22. Fortunately for all of us, he was offered a £10,000 contract to return to racing for a Formula Ford 2000 team, and subsequently moved back to living in England.

He won both the European and British Formula Ford 2000 championships that year and while you wouldn’t see the equivalent being done by one of today’s F1 drivers, Senna also entered the World Karting Championship where he ultimately finished in 14th place.

Son of world champion Graham Hill and born the same year as Senna, Damon’s rise to success in single-seater racing cars came at a much later stage than you would now expect from modern drivers. Hill was 36 years of age in 1996 when he won his championship, and was living a very different life to when he was just 22.

At that time Damon Hill was working as a motorcycle courier, and had begun entering two-wheel racing competitions that he thoroughly enjoyed. Sporting the colours of the London Rowing Club on his helmet, as his father had, Hill raced hard in the Yamaha Pro-Am series – events where every rider was given an identical Yamaha RD350LC motorbike after picking the keys out of a hat before the start of each race!

It wasn’t until the following year in 1983 that Damon Hill entered his first car race over at the Winfield Racing School, based at the site of what is now Circuit Paul Ricard in France. Hill went on to start his F1 career in 1992 and the rest, as they say, is history.

Juan Manuel Fangio continues to hold the record for the highest winning percentage (24 wins from 52 races, or 46.15 per cent) in F1 history – an incredible stat which may well never be beaten.

However, Fangio’s younger years were markedly different from the other drivers mentioned here, which is more telling of the era he raced in rather than in his abilities to secure a seat somewhere as motorsport was incredibly different when he was a young man – and F1 didn’t even exist.

At 21, Fangio was serving his compulsory military service in a cadet school near Buenos Aires. His real interest at that moment was football, and after being discharged from service just before his 22nd birthday, he pursued his ambitions of having a career in football. It was his teammates at Balcarce’s football club that pushed Fangio to use his engineering skills to build his very own car. The very next year, in 1934, Fangio had returned home, opened his very own garage, and had officially started his racing career.

This is a guest article written by Craig Bromyard 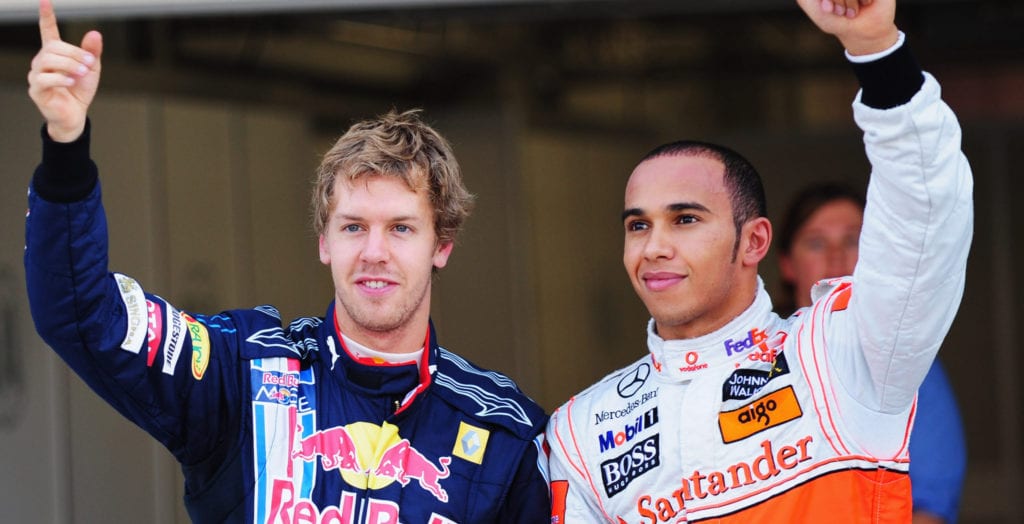