What Would Have Happened If There Were No Cars At The Restart? – WTF1
Skip to content
×
Formula 1 , News , WTF
7 comments

What Would Have Happened If There Were No Cars At The Restart?

It’s lights out, and away Lewis goes – wait, what? That was the sight on only lap five of the Hungarian GP when Lewis Hamilton lined up on the grid for the restart alone! The 14 other cars still running had all gone into the pits for dry tyres whilst Lewis sat there, which ultimately lost him the race.

What made the situation even stranger was that it could’ve been nobody sat there. If Mercedes and Lewis had decided to pit for dry tyres, as everybody else did, then there would’ve been no cars on the grid for the standing restart. Imagine that, a pitlane start for the entire grid!

If that had been the case, what would’ve happened?

You’re probably not surprised to learn that there is nothing in the regulations about what to do when no cars line up for a start or restart. It’s fair to say nobody expected there ever to be a situation where the track conditions were so different to the tyres all the teams had on their car.

So how would the start take place with no cars? Well, simply, it would’ve been exactly the same as normal. After the race, Michael Masi, the F1 race director, clarified everything.

That seems fair enough, actually. With no cars to pass the pitlane before the green light comes on, it would come on straight away, so it looks like the FIA had common sense covered with that one. There will probably be a small sentence added to the rules, though, just to make that law.

Masi continued: “It’s because effectively the resumption of the race hasn’t recommenced until [the lights go out], and that’s the point for everything to be judged upon.”

We still can’t get over that image of Hamilton on the starting grid alone, and Masi was the same.

Good guy Lewis, stayed out just so we didn’t feel all self-conscious on our own https://t.co/06om17MGn0

“I saw Lewis pass the safety car line and then saw Esteban [Ocon] dive in quite late, but at that point, no, not really. I haven’t had one of those before! One for a restart, yes, it was a bit different.”

Don’t worry, Michael. We’ll probably never see anything like that ever again! 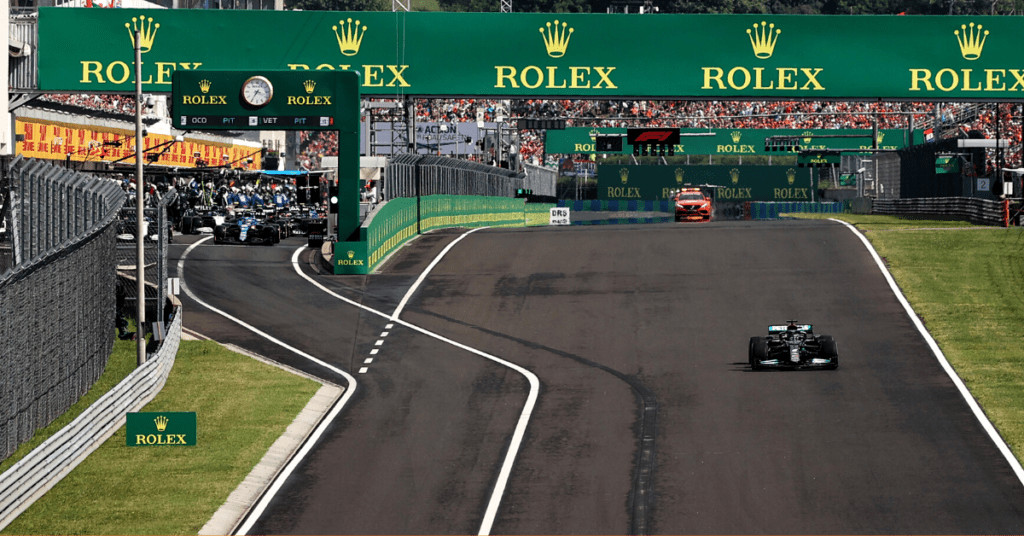