What’s It Like To Be A Member Of The Ferrari Driver Academy? – WTF1
Skip to content
×
Juniors , News

What’s It Like To Be A Member Of The Ferrari Driver Academy?

Junior driver programmes are a hot topic in Formula 1 at the moment with silly season looking to have left some very talented young drivers out as the 2019 grid takes shape. But one source of youth being promoted is, refreshingly, Ferrari. After years of opting for drivers with experience, Ferrari has promoted one of its junior drivers internally to the parent team for the first time.

Charles Leclerc is a Ferrari Driver Academy product and the first graduate of the academy to make it to the Ferrari team. His training and time at the FDA was likely a factor alongside his efforts at Sauber and his promotion (along with Antonio Giovinazzi, who replaces him at Sauber) sets an attainable objective for other members.

One such driver is the GP3 title contender Callum Ilott. The 19-year-old is currently joint second in the championship and has benefitted from becoming the first British driver to enter the Ferrari Driver Academy.

Ilott joined the FDA at the end of 2017 after finishing fourth in the European F3 championship and explained how it has impacted his impressive maiden GP3 campaign. He told WTF1:

“Being selected by Ferrari Driver Academy is one the most significant things for both my racing career and for me personally. I’m now part of the most prestigious and iconic team in motorsport with access to an infrastructure to help me plan my career and develop as a driver. That feels like a big step forward from the past couple of years. Living out here in Italy, I’ve got more structure too; I know what I’ve got to do week by week and where I have to be. What it does mean is that I miss my dog that still lives in England!

“I don’t think my approach to driving has changed since joining the FDA but I have worked hard to be more consistent and, from the results, it’s clear I’m delivering on that. I’m the only driver in the series to have had a podium every weekend and, without the technical exclusion at Monza, I would have been the only driver to have scored points in every race so far. So I think I’ve mastered that now.”

It’s clear that Ilott’s consistency has been vital to remaining in contention for the 2018 GP3 title with four races to go – an impressive feat considering that this is his rookie year in the championship.

Enzo Ferrari himself used to say he loved to imagine that Ferrari could one day create drivers to the same quality that it creates cars. The FDA seeks to mould well-rounded drivers and the schedule for its members goes well beyond basic physical and psychological training. Ilott explained:

“There’s more physical training for sure; I’m in the gym every day, sometimes twice so maxing out my membership and washing! But there is more to the FDA than just physical and psych training though; the FDA looks at every aspect of being a driver. I’ll have Italian language lessons, yoga, as well as time on the sim and karting. The FDA introduces some more subtle training and skills into all aspects of what we are doing; things like it gets everyone in the FDA to work and learn together. Some of us live in the same block – it’s also about creating more a team or family environment and that’s nice for us drivers.”

Drivers in paddocks all over the motorsport ladder like to reward themselves when they’re hitting their targets. This often comes in the form of a fizzy can of pop or Haribo after months of conditioning. We asked whether the FDA gives him a ‘cheat day’ or anything when he wins a race – Ilott responded:

“Ha, I might get a few extra laps on the sim as a reward but no days off! It’s my rookie year but of course expectations are high. Against the rookies and even those with a year’s experience, I’ve performed well and consistently and been challenging for the series lead since Paul-Ricard. We had a tougher end to Monza but the FDA guys know the inside track on how I am performing against the others. I always want more from my own performance, and of course they want more too as they know what I can deliver. It’s all part of the process of striving to be the best.”

It is clear that whilst the overview of junior driver programmes concerning F1 in recent weeks has been a bit under the weather, the drivers who are given these opportunities to grow tend to find themselves at the sharp end of whatever title they are chasing. In Ilott’s case, he is rewarding the FDA through his own progression and development.

With Scuderia Ferrari’s 2019 line-up inclusive of youth the academy is not only validated, but the knowledge that young drivers can make it with Ferrari is sure to motivate the other members even further, too. 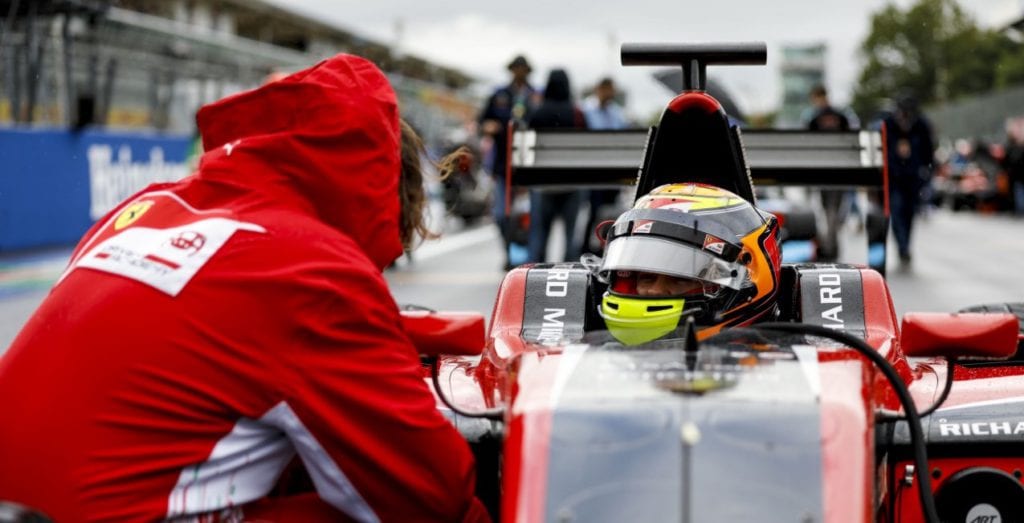