What’s The Problem With Turn 9 At The Red Bull Ring?

We see it all the time, a pack of cars, basically stationary at the end of the lap. They’re all holding each other up, they’re trying not to hit each other whilst making space, and they’ve got cars on fast laps coming up behind them. It’s a problem that could end up very nasty. And the Red Bull Ring makes it worse.

The problem got really bad during Friday practice in Austria. The start of FP2 was incredibly busy with cars trying to get some meaningful practice running done before the rain, which was threatened later on. In the first few minutes, 19 out of 20 drivers were on track.

All of them were doing their own programmes and trying to get clean space for their laps, but that meant a bottleneck started to form in between the final two corners.

Drivers were in a traffic jam, just not moving with other cars arriving at the corner at full speed. Charles Leclerc was one of those trying to stay out of the way and called the whole situation “dangerous”.

"That was so dangerous!" says Leclerc after arriving at the final corner to find four cars cruising.

They go slowly to build a gap to the car ahead to get a clean lap in. This makes sense for them in practice and qualifying, but cars will inevitably catch up quickly on a short track like the Red Bull Ring.

Different tracks provide different issues. The length of the track in Austria is one thing, in addition to the speed of the final corners. Turn 9 is an incredibly fast, blind corner which drivers take at over 200kph. It’s a brilliant corner to watch and very hard to drive, which is why we see so many cars breaching track limits here, as their references are all skewed.

However, cars coming through very fast without seeing slow cars up ahead is a recipe for disaster.

There’s also the pitlane entry. The way the pit entry works in Austria is designed to avoid cars closing on a faster car. Drivers have to commit to the right-hand side of the track, off the racing line and stay within a white line to enter the pitlane.

Adding these two problems together doesn’t sit nicely either. If a driver is coming into the pits at pace, and another driver is waiting off the line to build up to a lap, it is just an accident waiting to happen.

To find a solution, the FIA put out a directive on Friday night, and it featured a return to a rule they used in Baku.

At that race, cars were not allowed to go unnecessarily slow at certain parts of the track to find a gap. After Baku’s Turn 16, they had to go at full speed. The same principle is being applied here. Drivers must go at full speed for Turn 9 and beyond but can go slow beforehand in a much more open part of the track to get space. Drivers can then see traffic ahead and will have confidence there won’t be anyone in the way during the blind Turn 9.

If drivers stick to this, then there would be no issues. But of course, the drivers didn’t do that.

Still, drivers were backing each other up through Turn 9 and right up until the start of the lap. Consistently, the cameras would follow a flying lap, and when they came to the end, cars were hugging the inside to stay out of the way.

It was just ignored. Some drivers then inevitably got caught out by it all.

Sebastian Vettel was well in the way of Fernando Alonso and completely ruined Fernando’s Q2 lap. But Vettel himself, who had been trying to accelerate through Turn 9, couldn’t go anywhere because of cars ahead going slowly and blocking him. The same problem just carried on.

Both Ferraris out, and frustration for Alonso who was held up at the end of his flying lap 😖

The slowing down somewhere else solution didn’t work as hoped.

The FIA had two options. They either heavily penalise all the drivers for disobeying direct rules, which sends a message and means that drivers aren’t messing about in future. Or they have to get the track reprofiled for next year.

The first option seems like a no brainer, not just for economic reasons but also because it keeps the track exciting. If drivers are controlled, it is safe.

What has happened is a half-hearted attempt at it. They’ve penalised Vettel because he directly impacted Alonso’s lap. Seb was being held up, yes, but when he knew he wouldn’t get to the line to start a lap, he still sauntered on the racing line. A penalty is correct.

But the fact that everyone else has got off without punishment is poor from the FIA. Carlos Sainz and Valtteri Bottas were both summoned to the Steward’s office, but nothing happened. The FIA called them in for driving unnecessarily slowly, which is surely what was agreed they shouldn’t do.

Nothing happened, so it’s ignored, but they forget the example that should be set. We’re going to have the same debate next year, you can tell.

They’ve tried to take a stand on safety grounds and, in the end, have just ignored it. It’s just another example of the FIA basically ignoring dangerous issues.

No driver is to blame for wanting a clean lap, and there will always be other cars on the track but creating some ways to help them avoid crashing is the right thing to do.

Enforcing these rules is a must. 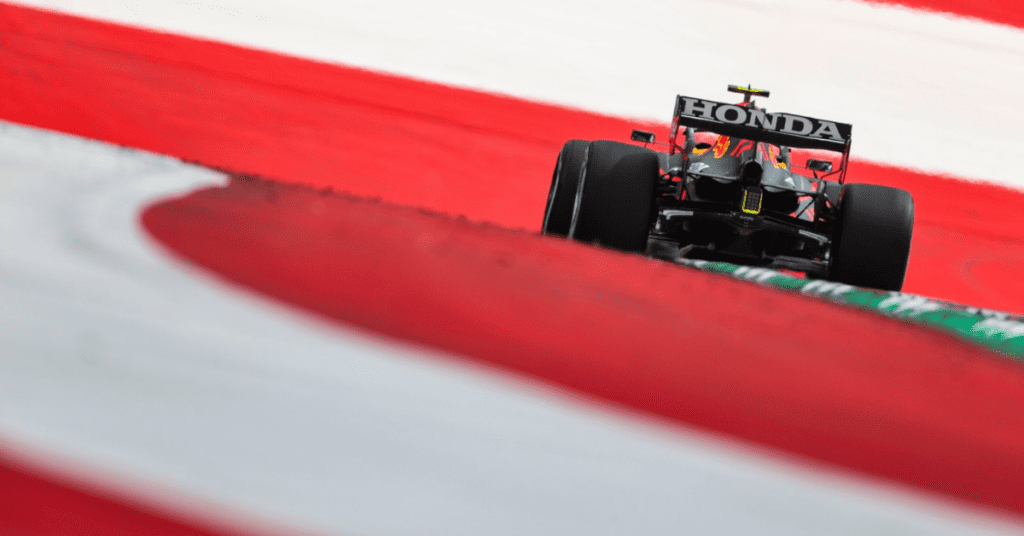