When F1 Had Their Very Own Superleague Crisis

F1 fans spend a lot of time talking about how simple other sports are and why F1 should do their bit to let common sense take the lead in decision-making.

So while F1 has mini controversies every week, football has taken it upon itself to have its own fun, little implosion with their new proposal called the ‘Superleague’. 12 of the biggest (and richest) clubs in Europe have decided they’re unhappy with the way football is managed across Europe and have come together to launch their own league which they will run and compete in.

It has turned the football world on its head with every fan angry at the big clubs who have just gone after their own financial interests, rather than the good of the game for the fanbase.

I’ve been watching this play out as an F1 fan and I can’t help but think this is actually pretty normal. F1 teams are always going about asking for crazy things pretending it’s a good thing when it is just for their own personal gain. That’s part and parcel. I mean, look at Aston Martin this weekend. They said that the 2021 rules need to be changed and are threatening legal action seemingly because their car has been affected badly by them.

F1 has always been about teams protecting their own interests and the biggest example of this was during 2009 when eight teams nearly walked away from F1 to start their very own series. They went as far as making an official announcement and even drafting a provisional calendar saying there was no way they’d be back in F1.

So how did it get to that stage? Why did powerhouses built from F1 like Ferrari and McLaren nearly walk?

This was F1’s very own Superleague.

To understand this fight you need to understand the situation F1 was in at the time. There were essentially two key players. The FIA and FOTA.

The FIA, as today, is the governing body of F1 and other motorsport series around the world. They make the rules and make sure they are followed at every race.

FOTA is the F1 Teams’ Association. They were a formal alliance between the teams that represented their interests in negotiations. It made more sense to have one combined voice than 10 voices from 10 teams.

The FIA created the rules and FOTA follow them in the championship. Around this time the President of the FIA was Max Mosley. He had been a team owner in the 70s and had taken over as President in the early 90s to give more of a sympathetic approach to the teams who had always been fighting with the FIA.

Safe to say by his 18th year in office, he was getting more of a reputation for his hardline and very personal leadership style. The rumour is he said to McLaren boss Ron Dennis, after they had been found guilty of using stolen Ferrari designs and fined $100 million, that 5 million was for breaking the rules and the other 95 was because he was a –

I’m not going to say the rest. But that should give you a good impression of what Max Mosley’s reign was like.

Max decided to bring in a budget cap to make F1 more sustainable for the future after the 2008 financial crash. He knew that imposing a budget cap was going to be rough going with money burning being something F1 teams love. So Max tried to be cunning.

The rules announced for 2010 were that there would be an optional budget cap. So you could choose to do it. Why would anyone choose to be able to spend less money I hear you ask.

Well, it came with quite a fancy bonus. Teams who accepted the budget cap would have much more technical and design freedom. So they could feasibly build a better car but with less money.

Oh yeah, and the budget cap was at $30 million.

FOTA were obviously not happy with this. They were being entered into a competition that basically had two different sets of rules. It was an official F1 and F1.5.

Ferrari acted first and filed an injunction against the proposal in court because they weren’t able to use their famous veto. But they lost the case because they hadn’t vetoed it immediately. Publicly, seven teams said they would withdraw from the championship; Ferrari, BMW Sauber, Toyota, Renault, Brawn, Red Bull and Toro Rosso. We’ve had quit threats before, but this was something else. That would only leave six cars!

All 10 teams met up at the Monaco GP for an emergency meeting and unanimously agreed to withdraw by the end of the season unless the rules were changed. You can’t have any F1 without any teams!

Not one team would back down! This was a line in the sand.

Three days later, Williams committed to F1. Shortly after, Force India joined them. They said that they were there as F1 race teams, they couldn’t really do anything else. Which is fair enough. But they were still kicked out of FOTA.

The eight teams left did sign up to stay in F1 but they made it clear that they had conditions. They would stay in F1 if they were able to continue with the 2009 regulations for the cars and get rid of the budget cap. This was met with a fat ‘nope’ from the FIA.

They gave the teams a week to withdraw their conditions. They believed that the teams were just being difficult and wanted to take more commercial power from F1. The teams asked for more negotiation time, which was denied. The FIA were not going to stand for this, it was an FIA championship, there would be FIA rules.

But, obviously, FOTA weren’t happy either. They weren’t going to compete in a championship with unfair rules. They said they had no alternative but to take action.

So, just before the British GP, they announced their very own breakaway championship. The FOTA teams would race and would run the championship. They would make the rules so that there was no budget cap and they could race how they wanted to. Sound familiar football fans?

The FIA were furious and threatened to take FOTA to court. They said in a scathing statement: “We are disappointed but not surprised by FOTA’s inability to reach a compromise in the best interests of the sport.” Yikes!

In the end, they did change their approach and offered to talk to the teams but it was not their turn to play hardball. FOTA said that there would be no changing their minds. For them the decision was made. 2010 would be the first year of an all new pinnacle of motorsport.

They set about making plans for the new race series and leaked a provisional calendar going to some tracks that F1 went to and some it didn’t. They even had some of F1’s prize events like Monaco and Singapore on board. This news would’ve really rattled the FIA because this wasn’t a threat now. This new championship was scarily close.

Plus, it had fans too on side too.

It all came to a head a couple of weeks later at the next World Motorsport Council meeting in Paris. Mosley met up with the chairman of FOTA, Luca Di Montezemolo. Di Montezemolo was the heart of Ferrari. He had been appointed by Enzo Ferrari himself to run the race team in the early 70s and he made Ferrari the winning operation it was in those days when they won the championship twice with Niki Lauda.

Di Montezemolo vs Mosley took place the night before and they came to an agreement to try and resolve the crisis. FOTA agreed to stay in F1 but only if Max Mosley didn’t stand for reelection as FIA President.

At the next race in Hungary, the teams met and signed up to stay in F1. They did agree to some cost saving measures, such as bans to in-season testing and to completely close down their factories during the summer break but it was nowhere near the level of the original plans.

Crisis averted. The teams were going to stay and F1 was going to continue to be the unrivalled top tier motorsport.

But this was close. Most of the time, quit threats are half-hearted tactical ploys in negotiations but this definitely grew beyond that to a genuine potential series with a proper chance for the big teams to compete. It was an awful time period for F1. There were so many scandals at the top of the sport with the spygate and crashgate scandals both taking the crown. Not only that, there was so much meddling too with rule changes to hold back the top teams and to try and manufacture more competition.

The one positive about this breakaway scandal is that it put to bed an uncomfortable era of F1 politics. I’ll leave you to decide if that had anything to do with Max Mosley’s departure.

WHERE ARE WE NOW?

Looking back at this now makes it all the more amazing that F1 has now been able to successfully get teams to agree to a budget cap and a formula that should (fingers crossed) give us closer racing and more competition.

Yes, the prices are much more lenient now – $145 million gives slightly more freedom than $30 million – but it is still less than half of what the top teams were spending year on year.

A lot of that is down to the way F1 is now run. There is much more of a focus on the image of F1 and the teams are involved in this collaboratively. The management understand the value of the teams to F1 and how important it is to keep them on side.

This approach has really boosted F1, the fanbase is bigger than ever and respect for the series is too. Last year, during the height of the COVID-19 pandemic, teams were looking out for each other and have secured the sport for years to come.

We’d never have seen that 10 years ago.

Bernie Ecclestone called the FIA and FOTA fight “basically, nothing” and that tells you a lot about the arrogance of F1 management at the time.

Would you have watched an F1 breakaway series? Let us know in the comments. 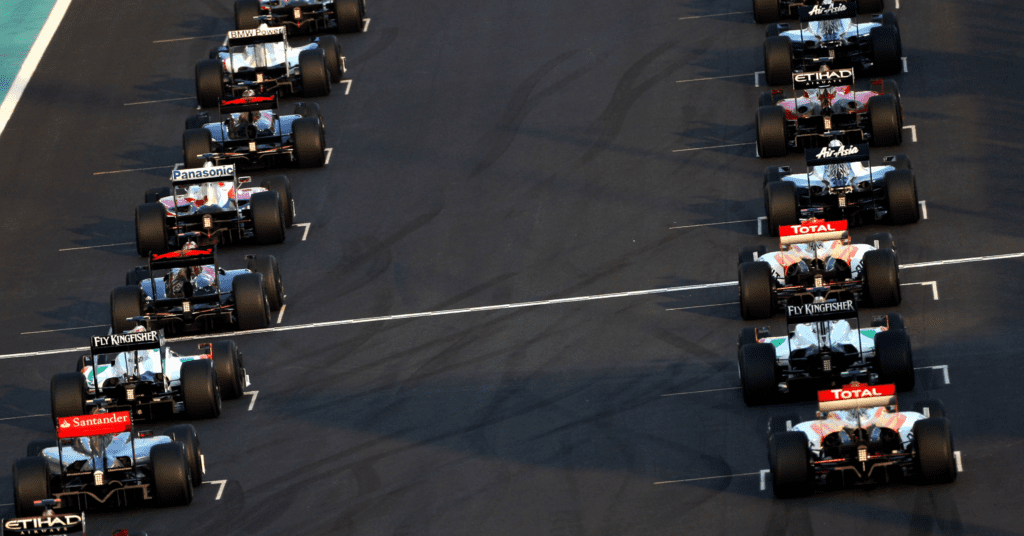