You’re sitting on the grid, staring at the lights. The revs are rising, you’re completely focused on making the perfect start, tensed as you’re waiting for the signal to go, trying to anticipate it. Then bam, something happens, you release the clutch too early, the lights are still on, and you’ve jumped it. Penalty incoming, race ruined.

Except… that isn’t always the case.

In the last few years, we’ve seen a few high-profile occasions where it looks for all the world like a driver has jumped the start, only to get away without a penalty. There was Valtteri Bottas in Austria 2017, when it looks like he went at almost exactly the same time as the lights went out. At Suzuka in 2019, Sebastian Vettel moved before the lights, stopped, and then went again. Bottas did a similar thing this weekend in Hungary when he accidentally reacted to some lights on his steering wheel. This looked perhaps the worst of the lot as he didn’t come to a complete stop before the lights actually went off, so – why wasn’t he penalised?

Each grid box has sensors which detect jump starts. Those sensors have a tolerance which allows for some movement in the cars when they’re stationary on the grid, meaning that for a jump start to be detected, the cars have to move enough for the sensor to be triggered. There has to be a tolerance because during the starting procedure drivers do things that cause the cars to move – finding the biting point of the clutch, engaging gears, or easing off the brakes, for instance. If there was no tolerance, you’d probably end up with half the field being done for jump starts at each race.

This effect was amplified in the past when all the cars were equipped with manual gearboxes with a three-pedal setup and cars would creep forwards on the grid – look back at footage of races from the 1960s and 1970s and it seems like every driver moves a good car length or so before the race actually starts. This pretty much continued into the 1990s, with some cars still rolling on the grid – Jean Alesi was particularly keen on pushing the boundaries. The fact that races were started by a flag also had an impact – it’s much easier to predict the movements of a human who’s about to wave a flag than it is a set of lights to go out.

None of this is to say that jump starts weren’t penalised back in the day. Push it too far, and drivers could be punished incredibly harshly. In the 1978 Italian GP, Mario Andretti and Gilles Villeneuve were given one-minute post-race time penalties for jumping the gun, dropping them from first and second on the road to sixth and seventh at the finish. Until this year, a jump start usually meant a minimum of a drive-through penalty, though the rules have now been changed to allow stewards to dish out five- or 10-second time penalties.

They’re rare in F1, but that doesn’t mean they don’t happen. Kimi Raikkonen was done for jumping the start in Sochi in 2019, and the legend that is Pastor Maldonado managed a hilariously massive one at Spa in 2012.

But, technically speaking, the existence of that tolerance means that drivers can jump the start and get away with it. The exact size of that tolerance is kept secret by the FIA to prevent teams and drivers from trying to take advantage of it in some way. However, the fact that the time it takes for the lights to go off is randomised would make it extremely difficult to exploit anyway.

So, although it might seem weird to see Bottas visually jump the start and not even be investigated, by the letter of the law, he didn’t jump it at all.

And, as we’ve seen from this and from Vettel last year, messing up but not triggering the sensors doesn’t mean you get away without a penalty – it’s just this is those situations, the punishment is a bad start. 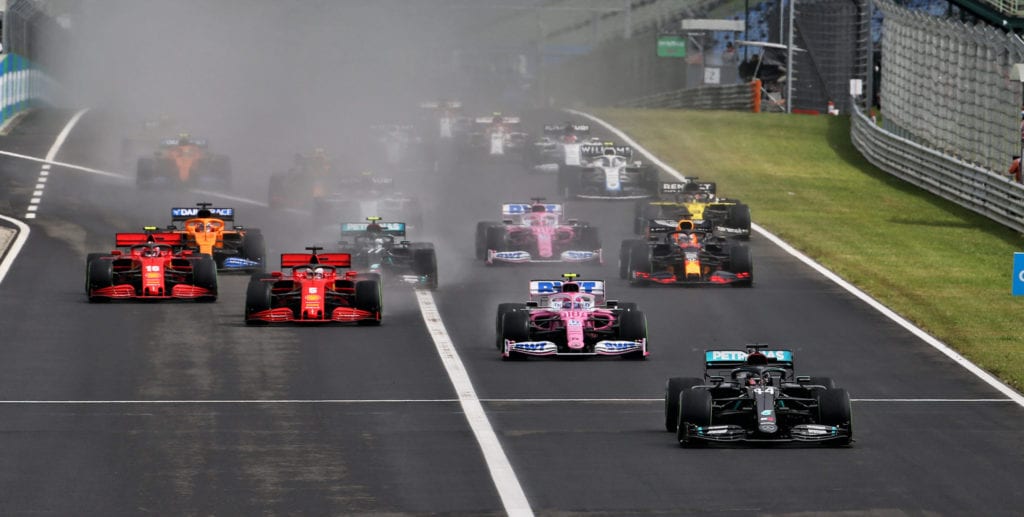