When The F1 Boss Wanted The Grid Order Decided By A Lottery – WTF1
Skip to content
×
Feature , Formula 1 , WTF
2 comments

Silverstone will be the first race in F1 history to have the brand new Sprint Qualifying format. There are still a few question marks about how it will actually go, but even if you think it’ll be terrible, it won’t be as bonkers as one idea Bernie Ecclestone tried to make happen at Silverstone 16 years ago.

Bernie was the old boss of F1. He ruled as a dictator for about 40 years and is usually thought to be the man behind F1’s success globally. His idea was to sell F1 as a spectacle and a product for TV, and he managed to capture a global audience by selling the competition and the speed.

So you’re probably thinking that he’s a reasonably clever guy; he’s got his finger on the pulse and knows what the people want. Well, not quite.

He’s a genius on some things, but he’s also a big fan of stirring the pot and asking for a bit of chaos. He’s an ideas man but with bad ideas.

Bernie always wanted to make sure that spectacle remained and was very worried that F1 would get dull and lose viewers. To keep shaking it up, he came up with some very wacky formats that would spice it up.

For him, the best way to make a race exciting was to have a mixed-up grid, and he’s not wrong. When a driver is out of the car’s rightful position, it can give us a load of drama.

For this reason, Bernie wanted to create a new type of qualifying into F1 from the 2004 British Grand Prix. He suggested F1 should introduce Ballot Qualifying. So a box full of names on bits of paper.

Yep, his grand idea was to pull the grid out of a hat.

We’re open to new ideas here at WTF1, but people but setting the grid with a ceremony like it’s the FA Cup draw does seem a bit too weird. I mean, it would work to mess up the grid, the fastest car could start on pole but so could the slowest car, but it does go entirely against what qualifying is.

“If we want a different grid for every race, then have a ballot,” Bernie said. “You would have the same eight point-scoring positions for qualifying as you have for the championship. A good guy who is quick has the points in his pocket.

“Then the ballot, which is the same for everybody, so you don’t penalise the guy who is quick. The fastest may be lucky and be on pole, or he may be at the back of the grid.”

What he said suggests that there would be a qualifying session that would have points awarded, but then the grid would be completely unrelated and random. So F1 would be a time trial on Saturday and then a race on Sunday.

It seems to give a chance for the fastest car to score even more points in the championship rather than bring the field closer together. Yes, there might be some weird races, but it wouldn’t be through much achievement.

Ballot Qualifying nearly did get a resurgence in 2016. Bernie suggested it then as one of his plans in case Elimination Qualifying failed. It did fail, but thankfully we returned to the Q1, Q2 and Q3 knockout format, which we know and love.

It’s the sentiment behind it that makes it so bonkers. Random grids should remain in open lobbies. Qualifying is such an essential part of every motorsport championship that it must happen. The performance gains a car gets from starting higher up the grid make it worth the competition. 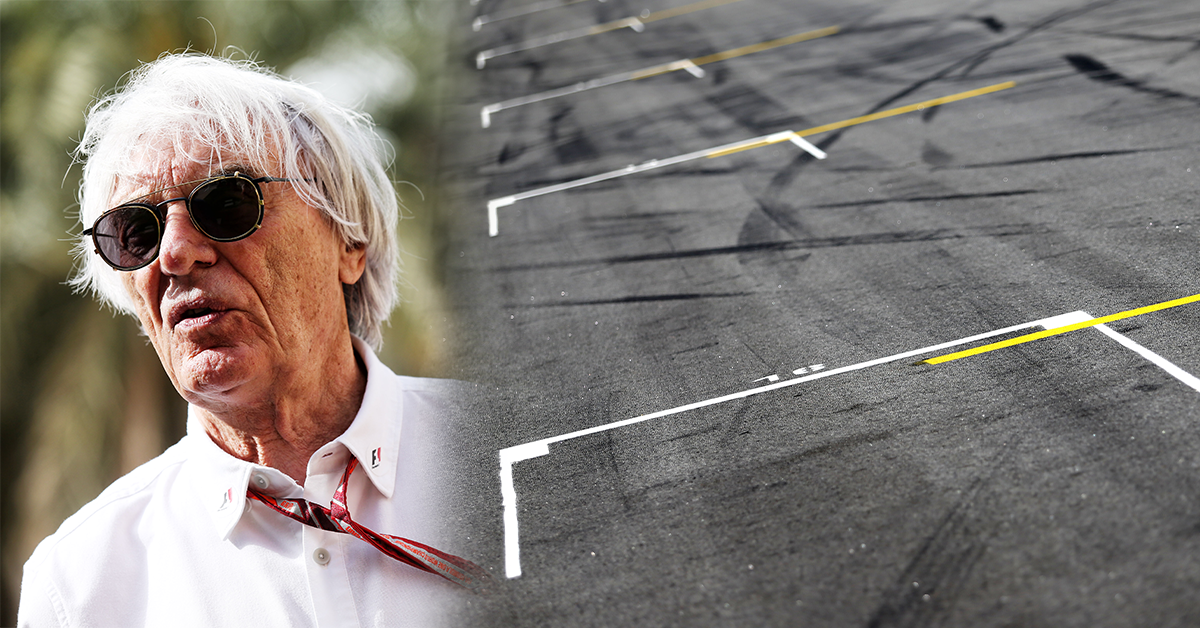 F1 Distance Themselves From Ex-Boss After Shocking Pro-Putin Interview

Ex-F1 Boss Arrested In Brazil For Carrying A Gun