Where Will Vettel End Up Next Year? – WTF1
Skip to content 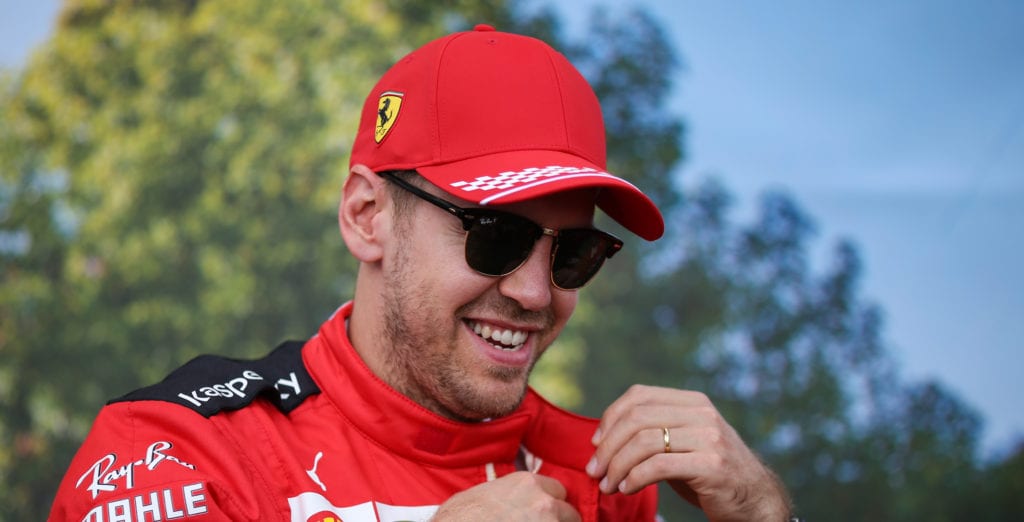 Where Will Vettel End Up Next Year?

In the space of just a few days, a section the 2021 driver market exploded into action and then wrapped itself up, denying us weeks of endless speculation. Perhaps surprisingly, the man who triggered the moves – Sebastian Vettel – has not yet been confirmed for next year.

Speculation over Vettel’s future has been simmering away for ages and it seems that this year, we’ll finally get an indication over how he wants his F1 future to pan out. Where will he end up in 2021? Let’s have a look through some options.

With Carlos Sainz going to Ferrari and Daniel Ricciardo going to McLaren, it’d complete the cycle nicely if Vettel went to Renault. The team is something of an enigma – it could rock up with a car competing at either end of the midfield and neither would be particularly surprising.

For Vettel, it’d also allow him to have a year or so out of the limelight before the rule changes afford the team a chance to compete at the front. It’d also allow him to give his skills a bit of a refresh in the midfield madness as, let’s be honest, his previously solid ability in wheel-to-wheel battles appears to have deserted him over the past couple of seasons.

There are a couple of potential issues. Renault has had plenty of junior drivers who didn’t get F1 chances, and its F2 drivers Guanyu Zhou and Christian Lundgaard both look like they could be F1 material. The team may prefer to promote a driver it has already invested heavily in rather than pay Vettel’s salary (which is likely to be substantial). From the other side, Vettel may not be interested in taking a seat down the grid at this point in his career. And don’t even get us started on the rumours that Fernando Alonso could come back to Renault…

Why? Why would Mercedes want to hire another world champion and risk destabilising the happy environment which has brought the very best out of Lewis Hamilton? Why would it hire a driver who crumbled under the pressure in 2018 and cost himself a championship challenge? Why would it pick the cost of Vettel over the promise of its own junior driver, George Russell?

Why wouldn’t Mercedes want the services of a four-time world champion? Why wouldn’t it believe that the healthy respect between Vettel and Hamilton would transfer to a healthy teammate relationship? Why wouldn’t the German team see the appeal in hiring another German driver, following on from Michael Schumacher and Nico Rosberg? Why wouldn’t the team see the streams of fan-photoshopped pictures of Vettel in Mercedes overalls under every tweet and realise just how absolutely bloody massive it would be to have the two most successful drivers of the last decade in the same team?

Vettel would surely jump at the chance to move to the most consistently dominant team in F1 history. And Hamilton, coming towards the end of the career and always seeking new ways to maintain motivation, would probably relish the challenge of being able to fight one of his biggest rivals in the same machinery.

Will it happen? Well, Toto Wolff has already said he “cannot ignore” the fact that Vettel is on the market. It’s not entirely out of the question…

Vettel always looked at his happiest when at Red Bull. He left the team on good terms and remains so – perhaps he’s looking at the difficulty the team is having in finding a teammate for Max Verstappen and drivers to race for Alpha Tauri and thinking that he could be the answer they need. The fact that Red Bull is has a competitive package also helps.

The problem is that Helmut Marko appears to have already dismissed Vettel as an option due to his salary demands, saying to Motorsport.com, “We cannot and will not afford two top stars”. Then again, Marko says a lot of things.

Going up against Verstappen wouldn’t be easy, but neither would Hamilton at Mercedes. If Vettel wants to remain in a top team in 2021, he’ll have to accept that it won’t be easy going.

Alfa Romeo could be an option for Vettel for similar reasons to Renault: it’s out of the spotlight, gives him the chance to reset, take a step back, and then look at other options a year or two down the line.

Plus, there’s the appeal of who he could be working with as a teammate. If Kimi Raikkonen fancies another year and Antonio Giovinazzi doesn’t cut the mustard, then spending a season racing with good friend Kimi once again might be appealing. Alternatively, if Kimi decides he’s had enough and if Mick Schumacher earns a promotion to F1 with Alfa, then the chance for Vettel to work with the son of his hero and guide the early stages of his F1 career might be too good to ignore.

This requires a lot of ‘what-ifs’, though, and with Alfa being one of the midfield teams least likely to make a sizeable leap in competitiveness, Sebastian may not be interested in any opportunities that do pop up.

While he’s only 32 years old, it’s worth bearing in mind that Vettel has been doing this for a long time. He was one of the first wave of new drivers to have an intensive preparation for F1 as a youngster, he made his race debut as a 19-year-old, won his first world championship at age 23, and was a four-time champion at age 26. He’s started 240 grands prix (which puts him 11th on the all-time list) and has spent most of them in top cars at top teams, fighting intensely for wins and championships.

Spending so long in that sort of environment – and having done so from such a young age – can take its toll on anybody, especially with somebody with a young family, as Seb has. It wouldn’t be surprising if he was worn out and simply fancies a break from it all.

Taking time out isn’t always the best thing for a driver, especially in the latter stages of their career. But with the regulations changing in dramatically in 2022, Vettel may feel like taking a year off and then coming back refreshed and ready for a new challenge from a clean slate will do him the world of good.

For similar reasons, he might just decide that enough is enough and walk away. He’s had an unbelievable career, smashed records, and left an incredible legacy on the sport. The prospect of enjoying family life and taking on new challenges – much as Nico Rosberg has done – might be a call too strong for him to ignore.

At 32, it would be an early retirement, but it’s something that others have been predicting for quite a while – such as former teammate Mark Webber. Back in 2014, the Aussie said:

“Do you know what? I think Seb will do everything early in life. He’s got his championship titles and his results early, he’s going to have a kid early and I think he’ll retire early. He’ll probably take a blast in the red car, then sayonara.”

Of course, Vettel could do something else. He could join Haas, or decide that Racing Point’s evolution into Aston Martin for 2021 makes that team the place to be. He could dovetail an F1 sabbatical with a season in another championship.

Personally, I think that if he can’t find a seat at either Red Bull or Mercedes, he’ll simply walk away. At this point in his career and with the success he’s had, I can’t imagine him wanting to go back to the midfield – a place he hasn’t really been in since way back in 2008. Retirement is a real possibility… but I’m not going to lie: I’d love to see him at Mercedes.

What do you reckon? 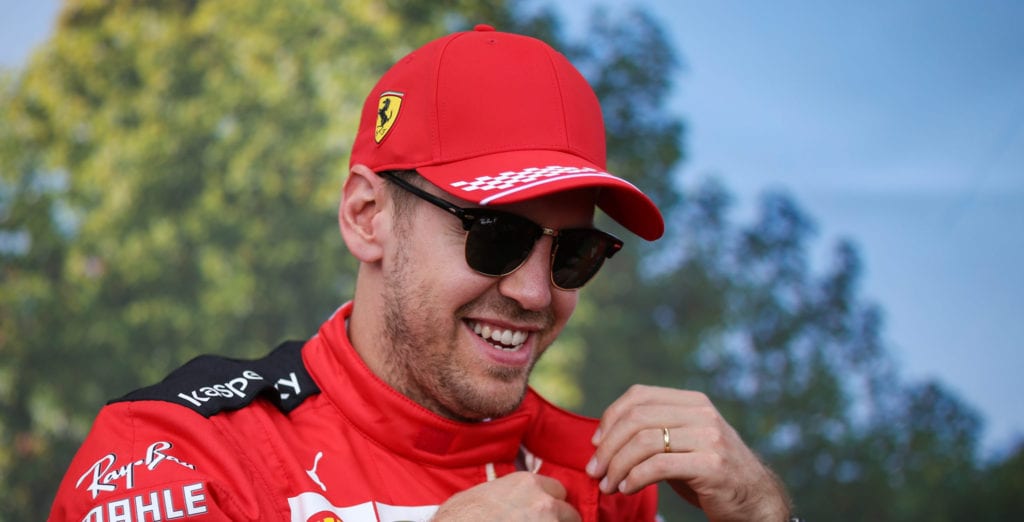 Why Kvyat’s Penalty In China Was Ridiculously Harsh

Why On Earth Did Carlos Sainz Get A Time Penalty In Austin?

Does The Qualifying Format For Monaco Need To Be Changed?

Why Formula 1 Needs To Have Fewer Races In A Season, Not More

Why Making Overtaking Harder May Have Made F1 Better

Why Ditching Friday Practice Sessions Isn’t Such A Bad Idea