Which Of The Four Brits In Driver Development Roles This Year Will Make It To F1? – WTF1
Skip to content
×
Formula 1 , Juniors

Which Of The Four Brits In Driver Development Roles This Year Will Make It To F1?

There have been a grand total of 161 British drivers in F1, the largest pool of any, with the USA in second with 158 drivers – though that’s largely thanks to the inclusion of the Indy 500 as a championship race in the earlier eras. Italy has given us 99 F1 drivers, with France in fourth with a grand total of 71 entrants.

With Jolyon Palmer departing Renault last season to accommodate the upcoming ‘El Matador Jr’, Carlos Sainz, Lewis Hamilton is left as the sole source for British representation, but that could be changing quite soon.

The 162nd British driver to enter F1 as a full-time driver could be one of the four fulfilling reserve duties in 2018. George Russell is sharing the reserve driver role with Pascal Wehrlein for Mercedes, Lando Norris is developing at McLaren, Jack Aitken gets the Renault reserve role, and Oliver Rowland becomes the official young driver at Williams.

All four will be crucially learning about how an F1 operation works and will be busy gathering data on the simulators. There are also free practice and testing opportunities with the role. This will all be done alongside full campaigns in junior categories, in which each driver will seek to justify their positions with these F1 teams.

Russell gets a big opportunity in Formula 2 with ART this season. The 2017 GP3 champion will be looking to convince Mercedes that the F1 feeder series doesn’t represent a limitation to his abilities as a driver.

Lando Norris will fight Russell in F2 with Carlin. The McLaren reserve wants to win the championship at his first attempt, even if has McLaren admitted that it wants to see experience gained and lessons learned more than anything. However, the relevance of the 2017 champion Charles Leclerc being instantly promoted to F1 has given this year’s F2 drivers something to think about.

Jack Aitken has driven some really nice-looking junior category cars in recent years – the sponsorship especially has been on point. He also enters F2 after a strong campaign in GP3 and will interestingly partner Russell at ART (as he did in GP3), setting up what could evolve into an intense title battle. The British-Korean driver will be representing Renault in the inter-team junior F1 driver battle and Cyril Abiteboul is eager to see what Aitken can achieve this season.

At 25, Oliver Rowland is older than either of Williams’ full-time drivers, even though he’s the team’s official ‘young driver’. Go figure. Unlike the others, he won’t be racing in F2 and will instead be competing for Manor’s LMP1 team in the WEC, as well as potentially racing in Super Formula. Could strong performances there convince Williams to reassess its line-up for 2019? It isn’t out of the question. Whilst Max Verstappen’s success makes a huge argument for youth, drivers like Alonso make a significant point from the other end of the F1 driver age spectrum.

These young British prospects are perfectly placed to have a presence in F1 in the future, so don’t be surprised to see some of these names being thrown around in the paddock this year. And that’s before you start thinking of guys lower down the ladder who could be a factor in future, like Ferrari Driver Academy member Callum Ilott (who’ll race in GP3 this year) or Red Bull Junior Dan Ticktum (European F3). It looks like Hamilton won’t have to spend too much longer as the only British driver in F1. 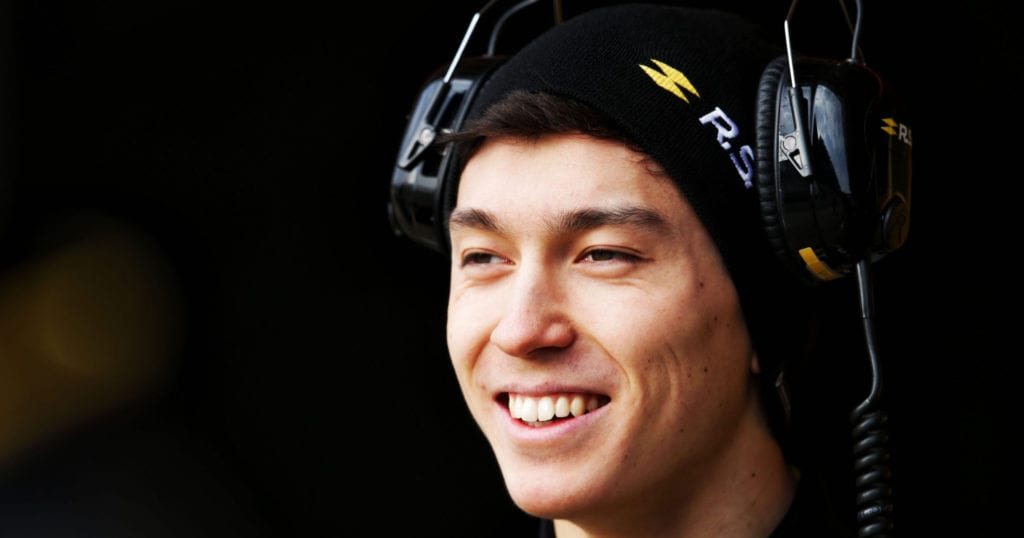