To be clear from the start, we’re not saying that every F1 team that ever used a white livery was struggling, because that would be silly. White is used for all sorts of reasons – in the case of BMW-Sauber and Honda, it’s because white is one of their traditional racing colours. The Martini Williams featured a lot of white because that’s generally what Martini liveries on race cars look like. AlphaTauri’s branding is white, so the car features a lot of white. You get the idea.

We sometimes moan that teams without a title sponsor often play it safe with a plain look instead of making the livery look Joseph’s Technicolour Dreamcoat – because after all, on the surface it looks like their designers pretty much have free reign to do as they please and have instead chosen not to.

But white is a nice, neutral colour, and as such is likely to be more attractive to potential sponsors who want to see their logo on the car without risking a branding clash. For instance, would Pepsi want its logo on a car that was Coca Cola red? Unlikely. White also makes logos stand out more than with colourful hues as a base, which is another bonus for companies looking to use F1 for exposure and visibility.

However, teams that end up going with largely white cars out of a desire to attract sponsorship is often a sign that they aren’t doing so great. There have been a reasonable number of big, once-successful teams who’ve ended up going down the blank canvas route, only to end up disappearing soon after.

The innovative Tyrrell team won championships with Jackie Stewart in the early 1970s and remained races winners and title contenders throughout the decade. However, things dried up for the team in the turbo era of the 1980s and despite a brief resurgence of potential in the early 1990s, by the middle of the decade even scoring points was becoming a rarity.

The white liveries started in 1994, with only Ukyo Katayama’s Mild Seven sponsorship and a deal with Nokia in 1995 bringing some colour to it. In 1996, huge patches of empty white space appeared on the cars, and they remained white until 1998 when the team was bought by BAR.

Team Lotus never previously had much trouble with getting title sponsors. In fact, they’d practically started the whole concept of it in F1 when Gold Leaf sponsorship made the cars red and gold in 1968, rather than the traditional combination of British Racing Green and yellow.

However, Lotus lost its yellow Camel sponsorship at the end of 1990 and with no title sponsor to replace it, ended up painting the car white. It ended up being the team’s worst-ever season up to that point, and although subsequent Lotuses gained a bit more colour in future seasons due to a real mixed bag of sponsors, the team was unable to survive and folded at the end of 1994.

Brabham actually went down the ‘uh-oh, no sponsor, white livery’ route twice. The first time was in 1972 when Bernie Ecclestone had just bought the team due to its previous financial struggles – Brabham still raced in Australia’s national colours of green and gold until 1971 at a time when most rival teams had embraced sponsorship. Eventually, Martini came onboard, followed by Parmalat and Olivetti in the 1980s, leading to a series of blue and white liveries and, even after the two championships for Nelson Piquet, a reasonable level of competitiveness.

Brabham missed out on the 1988 season and Ecclestone sold the team to a group called Middlebridge Racing. When the cars were back on the grid in 1989 they were almost completely white, with few sponsors to speak of, and – aside from a decent showing at Monaco when Stefano Modena ended up on the podium – were generally uncompetitive.

Over the next two years a bit more blue returned, but still with little in the way of sponsors. In 1992 the team went all-out with a bright pink car, but performance slipped even further and the team didn’t last out the season.

Seen as kind of like the British version of Ferrari, BRM enjoyed success in the 1960s with a championship for Graham Hill in 1962. The wins continued into the early 1970s but the team stretched its humble resources too thinly and insisted on building its own V12 engines at a time when the V8 Cosworth DFV was lighter, more reliable, more fuel-efficient – and most importantly, available off the shelf to any team that wanted one.

By the middle of the 1970s, BRM was an also-ran. In 1977, the car appeared with light blue sidepods, with the wings and the rest of the body being – you guessed it – white. By this point, the team was barely able to even qualify for races and it proved to be BRM’s final year in the world championship.

A bit of an odd one, this, because Brawn was hardly unsuccessful in its first (and only) F1 season winning both championships with what was essentially meant to be a Honda before the Japanese company withdrew at the end of 2008.

But despite the success and the carousel of sponsors that appeared on the car throughout the year, the team’s budget (most of which came by way of a parting gift from Honda) was always tight. Upgrades to the package were minimal, and Jenson Button had to use the same chassis throughout the entire year as Brawn figured how best to use its limited resources.

At the end of the season the team was sold to Mercedes, but the problem was that the 2010 car – what became known as the MGP W01 – hadn’t nearly enough development, leaving Mercedes on the back foot and facing an underwhelming return to F1 (this is one of the reasons why Button jumped ship to McLaren).

Without a buyer (or even major investment), Brawn GP would likely have been way down in the order in 2010 – and that’s assuming the team even survived.

I mean, let’s hope not, but the signs ain’t good, are they? It didn’t look too bad during the 2018/19 off-season when Martini left and was replaced by Rokit. But the news this year that the Rokit deal wasn’t only terminated, but that the team was undertaking the process of being put up for sale doesn’t exactly scream ‘secure long-term future’, does it?

And while there’s no real science behind white liveries spelling the end of teams, it is an interesting point that so many legendary teams have lost sponsors, gone white, and then disappeared shortly afterwards. The signs potentially point to Williams becoming another.

Let’s pray that it’s all just a one-off hiccup in what has been a crazy year. Here’s hoping the FW43 turns out to be a beast, that Williams gets a nice big chunk of cash from major investor – similar to how Racing Point is evolving into Aston Martin, but preferably with the caveat that the Williams name (and family) remains involved. I hope we can look back at the FW43’s livery in the future as an attractive, minimalist design which marked the beginning of the team’s upswing in fortunes.

All great things must come to an end, yes – but I’m not ready for Williams to be one of them. 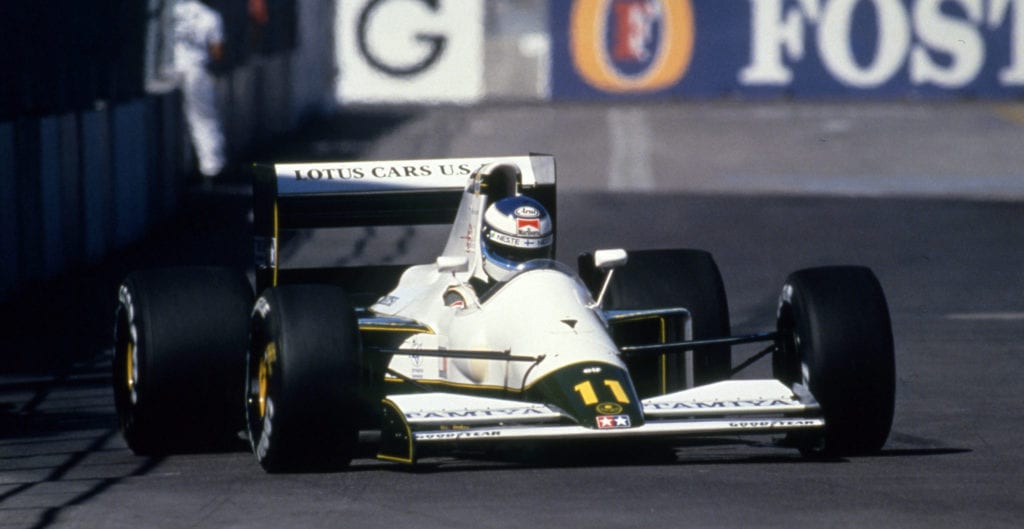