Who Are F1’s Most Successful Teammate Pairings?

If F1 manages to complete 23 races this year, that will make Lewis Hamilton and Valtteri Bottas the second most experienced teammate pairing of all time!

They’ve been partnered up for ages, but that’s still a crazy stat! The only duo who will have raced more together is Michael Schumacher and Rubens Barrichello, and they’re a legendary pairing.

So, here are some of the best teammates partnerships in F1.

Put two supremely fast drivers in a team together, and you will get results. Senna and Prost were unbeatable. In 1988 they only lost one race! Yet, they also created one of the most vicious team environments ever.

There were confrontations between the drivers all the time, most famously when they crashed into each other at Suzuka in 1989. But even though they hated each other, there was no hope for anyone else in the two years they spent as teammates. It took Prost leaving for Ferrari to give another team a chance.

They won everything, but they couldn’t be in the same room together.

Lewis and Nico were best friends in karting and dreamed of winning in F1 together. However, when they got to be teammates in F1, it was every man for himself.

From 2014-2016 they won 86% of the races! 51 out of 59! That’s phenomenal, but they were as famous for their fallouts as they were for success. Crashes in Belgium, Spain and Austria and a fierce hatred between the two split the team in half. Some wanted Lewis to win, and the others wanted Nico. That’s not a good partnership.

They were very successful but in a hugely ugly atmosphere.

We know Lewis’s opinion. He always says that Valtteri is his best teammate ever! Bottas doesn’t play mind games, is fast enough to support Lewis but not fast enough to be an issue. That’s what makes them so good together; both have pace, are super professional, and know the best outcome for the team. A 100% championship record isn’t bad either!

There have been poor moments. Bottas hasn’t performed as well as he could do. 0 wins to Hamilton’s 11 in 2018 was not good, and he’s only been runner up in the championship twice, but they’ve kept Mercedes winning, and that’s why they’re now one of F1’s most consistent lineups.

The most dominant teammates in F1? Michael Schumacher won five of his seven titles with Rubens Barrichello by his side. Ferrari’s dominance was the blueprint for what Red Bull and Mercedes have done in the past ten years. They moved the standard forward by a mile.

Really the success came from Michael. He was the focal point of everyone in the team. Rubens was his wingman, and he was a perfect one. He would hand over wins and would help make Michael’s performance better. It was very one-sided, but it worked. Rubens knew his role, which was part of the Michael Schumacher machine.

It was successful for the team and Schumacher, less so for Barrichello.

Statistically brilliant, four titles for Seb and the team, but really this partnership is remembered for the meltdowns.

They crashed into each other in Turkey, and things got worse from there. Mark protested the team favouring Seb all the time. Then in Malaysia 2013, Seb ignored team orders and overtook Webber for the win. That was probably the most awkward podium ever.

Webber vs Vettel was similar to Hamilton and Rosberg. The team was split down the middle, but they managed to pull through and dominate F1, at least with Vettel.

McLaren was famous for being the super corporate, professional team in F1. They had everything running robotically, and the drivers were no different. Mika and DC were there for one thing only: to be absolutely perfect members of the team.

And they were. They understood their roles and would never play for the individual. But it only earned a bit of success. Even when everything was going their way, they’d seem to throw things away. Hakkinen would make a lot of mistakes, and DC wouldn’t always be there to pick up on them. They were lucky to win the championship in 1999 and still lost the constructors that year to Ferrari. 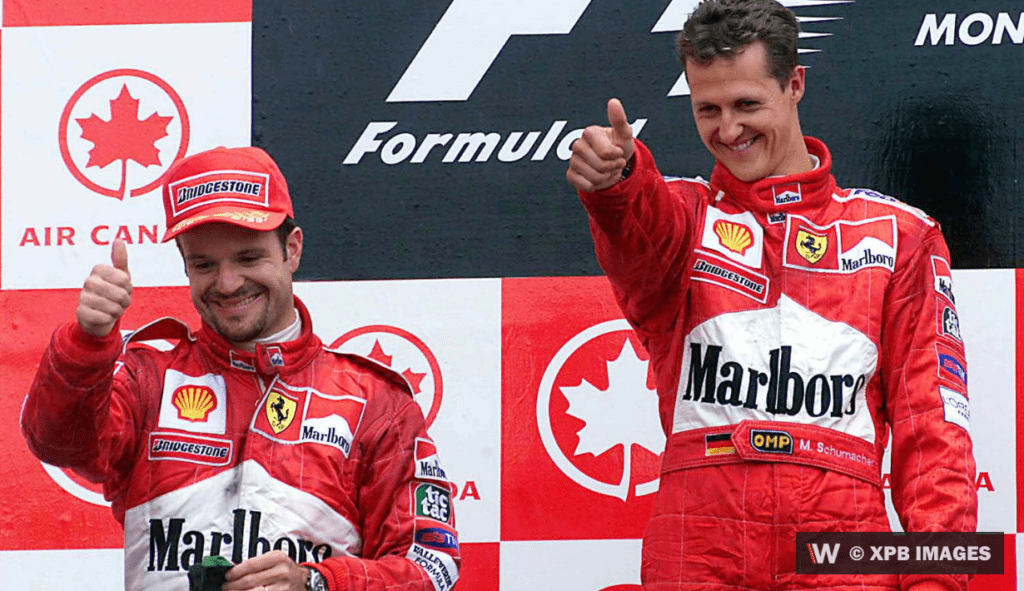