Who Could Replace Hamilton At Mercedes For The Sakhir Grand Prix? – WTF1
Skip to content
×
Driver News , Formula 1
4 comments

Who Could Replace Hamilton At Mercedes For The Sakhir Grand Prix?

With the shocking news that Lewis Hamilton has COVID-19 and will miss the Sakhir Grand Prix this weekend, we have put together a list of the most suitable candidates who could temporarily take the wheel of the best modern F1 car we’ve seen. No pressure, guys.

Mercedes have two test and reserve drivers, one of them being Vandoorne. Out of the two of those drivers, Vandoorne has the most recent F1 experience having driven for McLaren until the end of 2018.

He currently represents Mercedes in their Formula E team and is testing with them at the moment in Valencia.

Gutierrez is the other test and reserve driver for Mercedes, however, when Sergio Perez came down with COVID-19 earlier this year it came to light that Gutierrez didn’t own a super licence.

As identified after Hulkenberg was drafted in, a new rule came into F1 this year which stated that you needed to have done a test of at least 300 kilometres, if you hadn’t raced in F1 for the last three years.

It’s not known if he was able to earn a super licence, with Toto Wolff being quoted as saying that they have no plans to make it happen. Bet he is changing his mind now!

Russell is Mercedes’ junior driver and is currently racing for Williams. He is the driver with the most recent experience, currently being on the grid and driving these 2020 beasts. Apart from his slip up at Imola, he has proved to be a consistent and professional driver who might be trusted with the car keys to Hamilton’s W11.

This would cause issues for Williams though, meaning they would also be required to find a substitute driver for Russell who has enough Super Licence points.

Ah, Mr Super Substitute. Hulkenberg covered for Sergio Perez and Lance Stroll earlier this year when they were both taken ill with COVID-19.

He has done brilliant jobs in both circumstances and also has ties with Mercedes, allegedly being offered a drive with the team for 2013 if Hamilton didn’t say ‘yes’.

With it looking more unlikely he will be back next year, could this be the final opportunity for the Hulk to get a podium finish or even a win?

De Vries is the most recent F2 champion and, alongside Vandoorne, races in Formula E with Mercedes. He would be a familiar face and has proved he is quick but seems the most unrealistic choice for Mercedes at this time.

We are all wishing Hamilton a speedy recovery.

Who do you think it will be? Let us know in the comments. 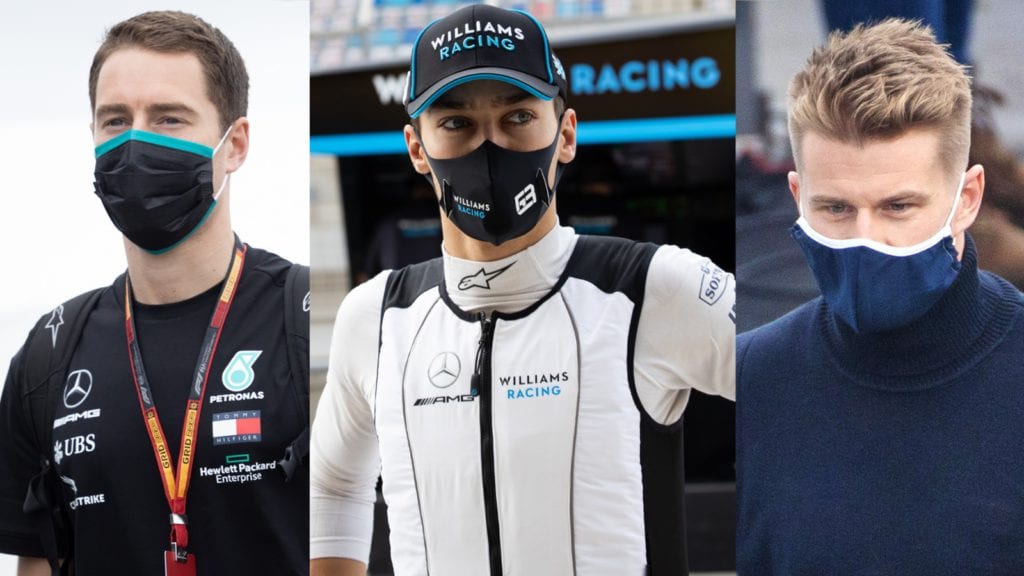