All eyes have been on the front of the F1 grid for this year’s silly season, with that Mercedes choice being the big story. But what about the other end of the grid? What about the team that could be losing George Russell? Here’s a rundown of some drivers who could race for Williams in 2022.

If Mercedes drop him, Williams has to try and rehire Bottas. He’s fast enough to replace the speed they could lose with Russell, and his relationship with the team is brilliant. They gave him his debut in 2013, and he led them to third in the constructor’s championship, twice!

If Bottas is on the market, then he’s the best driver for Williams to hire.

This former Williams rookie won’t have much recent experience, having spent 2020 and 2021 on the sidelines, but his ten years in F1, and three super-sub appearances, are enough to prove he is still F1 calibre. With his maturity and speed, it could be a wise move.

The current Formula E championship leader has recently been linked with a move to Williams. Whether that’s a fan theory that’s gone viral or based on genuine sources, who knows, but Mercedes have said he deserves an F1 chance. Being the 2019 F2 champion and multiple race winner in Formula E, he’s proved his speed. Now it’s all on whether Williams wants to take a chance on him!

How many chances has Kvyat had now in F1? He always manages to get himself another crack, doesn’t he? 110 races, over 200 points and three podiums aren’t bad going. He’s got pace, and although he’s currently Alpine’s reserve driver, we know how quickly things can change in F1.

This one’s a bit out there, but hear us out! Why shouldn’t Williams try and get Gasly? He’s one of the best performers on the F1 grid at the moment and is out of contract. Teams should be fighting for Pierre! Williams could be losing a proper team leader, so why not steal Gasly and put him in that spot? He’s been getting better and better, is a race winner, and it would be excellent if they could ride that wave.

Williams’ own super-sub! Jack did a decent job when he was called up to cover for Russell at the Sakhir GP in 2020. He nearly out-qualified Latifi on debut and had great pace in the race. He did spin and lose his front wing late on, but other than that, he was very good.

The first-ever W Series champ and an Extreme E podium sitter, Jamie is very fast. Annoyingly, she’s let down by Super Licence points; she would need to win the W Series this year to just about have enough for an FP1 licence, not even a race licence.

Based on his experience with the team, Roy is well within a shot. Six decent FP1s under his belt, and in the most recent one, he was the faster Williams driver. But really, practice sessions mean very little, and a grand total of 18 points in three years of F2 basically could make it challenging to earn that full-time F1 chance.

George might not get signed by Mercedes, and if he isn’t, he is definitely their number one choice. He’s said that he’ll have a Mercedes-powered engine in his car regardless for 2022. The question is now, will it be a Williams or a Mercedes.

Nicky has never really been at George’s level and probably won’t ever be. He’s got a very professional approach, so it would be good stability if George does get promoted, but he isn’t the driver to lead the team. In his favour is a chunky 20 million quid, that’s a lot to lose, but really Williams should probably go for someone who can bring more performance.

Who do you think will be at Williams next season? 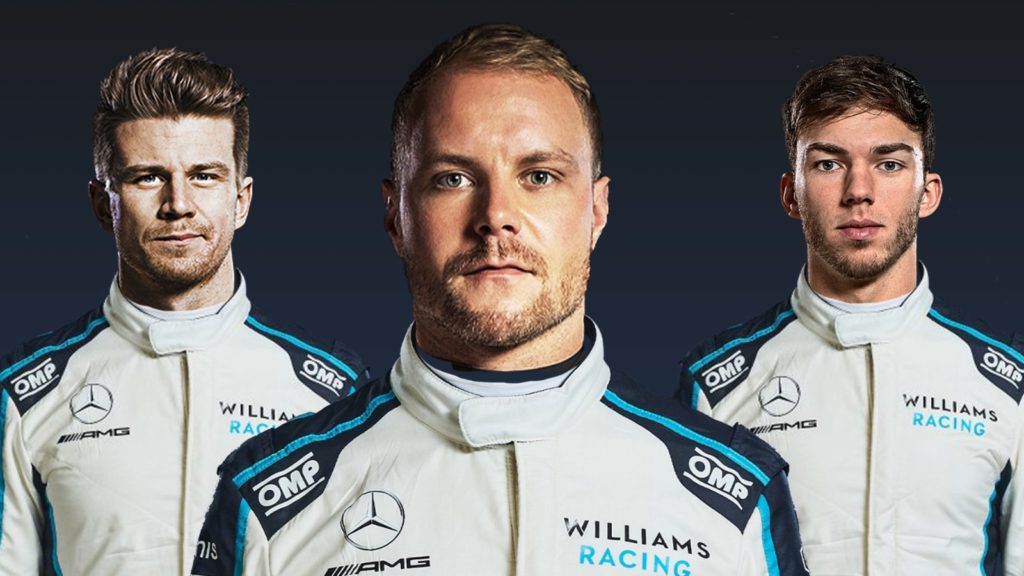