Who Is Going To Be Japan’s Next Formula 1 Driver? – WTF1
Skip to content
×
Formula 1 , Juniors , News

Who Is Going To Be Japan’s Next Formula 1 Driver?

We haven’t had a Japanese driver in F1 since Kamui Kobayashi raced for Caterham in 2014 but with Honda supplying engines to Red Bull and Toro Rosso, that could be set to change in the near future. Toro Rosso would be the most likely destination for a Japanese driver, something team principal Franz Tost admitted he’d like to see earlier this year.

But exactly who is that Japanese driver going to be? In recent years three different Honda-backed drivers have competed in Formula 2 and all have come up a little bit short. Nobuharu Matsushita has spent three seasons in GP2/Formula 2, went to Super Formula for 2018, and is returning for a fourth crack at F2 next year, but is still some way off of the super licence points requirement. Nirei Fukuzumi has a Red Bull affiliation and raced in F2 this year, but with an uncompetitive team was unable to reach the number of points for a super licence. Tadasuke Makino had an impressive debut F2 season this year despite a lack of experience at that level of racing, but he’s even further away from being able to race an F1 car than the other two.

There are other potential talents lower down the ladder – for instance, Sho Tsuboi won 17 of the 19 races in Japanese F3 this season. But as much as the trend is to go for young drivers these days, if Honda is desperate to get a driver into F1 then it does have an experienced, incredibly successful driver on its books: Naoki Yamamoto.

If that name sounds familiar, then it’s because he’s the guy who won the Super GT championship alongside Jenson Button this year. His success wasn’t just limited to one series, either – he also won the Super Formula championship, making him the first driver to win both of Japan’s major championships in the same year since Richard Lyons in 2004.

That’s given him enough super licence points for F1 – and Formula 1 is somewhere Button believes Yamamoto should be, telling Autosport:

“I personally feel this guy should be in F1. Whether he wants to or not, that’s my opinion. Seeing what he’s achieved in Super Formula, which I think has been a very good proving ground for Formula, if you look at Gasly and also Stoffel and many other drivers. But also his diversity in his driving.

The lack of drivers in the Red Bull junior system at the moment is well known, however, which has prompted Toro Rosso to call back Daniil Kvyat and give a chance to Alex Albon. Should neither succeed, Dan Ticktum will probably be ready to take one of the seats, but the other? That’s where Yamamoto could come in. He’s already being tipped to do some FP1 sessions with the team next year, so there’s a definite possibility that he’s being lines up as Japan’s next F1 hopeful.

At 30 years old, age isn’t necessarily on Yamamoto’s side and with all the seats taken for 2019, 2020 would be his main opportunity, at which point he’d be 31. Even Brendon Hartley, a comparative latecomer himself, was only 27 when he was called up for Toro Rosso in 2017. The last Japanese driver to make his F1 debut at over 30 was Yuji Ide in 2006 and that did not go well – he had his super licence revoked after just four races… 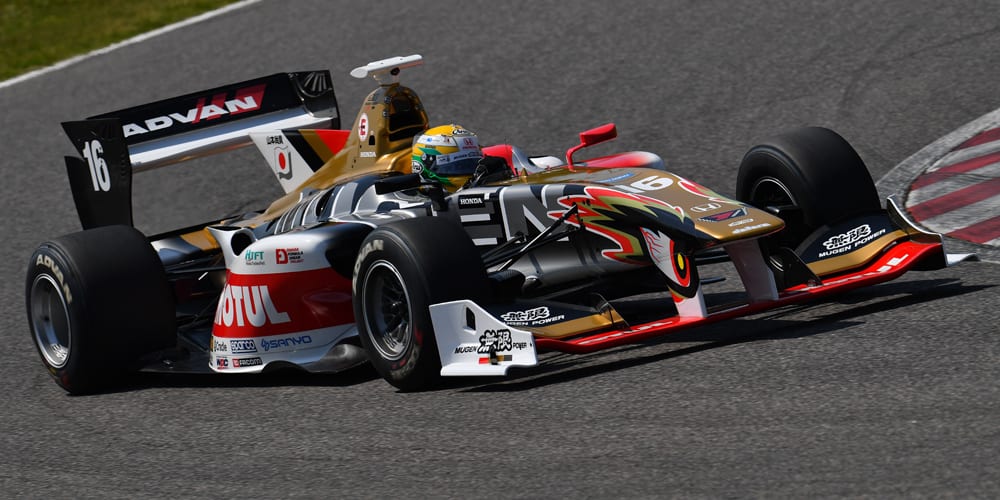