Whoever Takes Turn 1 First Will Win The Race According To Verstappen – WTF1
Skip to content
×
Formula 1 , News

The new rules have made the cars faster but the combination of more extreme aero and more consistent tyres is likely to mean that races could be a bit more processional.

That’s the view of Max Verstappen anyway, who thinks that whoever leads after the first corner in Melbourne will go on and win the race, which will be horrible news to anyone who watched F1 in the Schumacher era. When he was asked by Sky Sports F1 whether he thought the new regulations were a good thing, he said:

“In terms of driving, yes, absolutely, it’s a lot faster and a lot more enjoyable – especially in qualifying when you take out the fuel, in the high-speed corners it’s really hooked. But in terms of racing, I think it will be more boring because tomorrow who takes first into Turn 1 will win the race.”

That’s not exactly a ringing endorsement, but then again Red Bull would have been hoping to fight for wins and the best they could manage in qualifying was a distant fifth. For Verstappen and Red Bull, any race where they aren’t fighting for the lead is probably a boring one. When asked about the pace of the car, he said that it was “not good enough” and that the Renault engine was still down on power:

Tricky balance in the car. All the time when we change something, it changes quite a lot in terms of oversteer or understeer and basically not having the pace. Of course we’re still down on power, but also in terms of grip level I think we are not the same compared to Ferrari and Mercedes yet. I just need a clean start, because we don’t have the pace to challenge the Ferraris and the Mercedes – I’m realistic.”

Although clearly not overjoyed at the pace of the RB13 and despite team mate Ricciardo spinning out during qualifying, Max actually thinks the new cars are easier to drive – as long as you don’t lose the rear:

“With the tyres, they’re quite wide at the rear now, and as soon you lose it, it’s really difficult to catch it, just because you lose a lot of grip suddenly. That’s what I experienced in Barcelona when I had a moment. Normally, when you have a good balance in the car, and you don’t have an oversteer, they’re actually easier to drive.”

Easier to drive eh? Well, there you have it: Max isn’t going to crash at all this year and every time he leads out of turn 1 he’s going to win, even though the RB13 isn’t as good as he’d like it to be. That’s what he means by all of this, right? 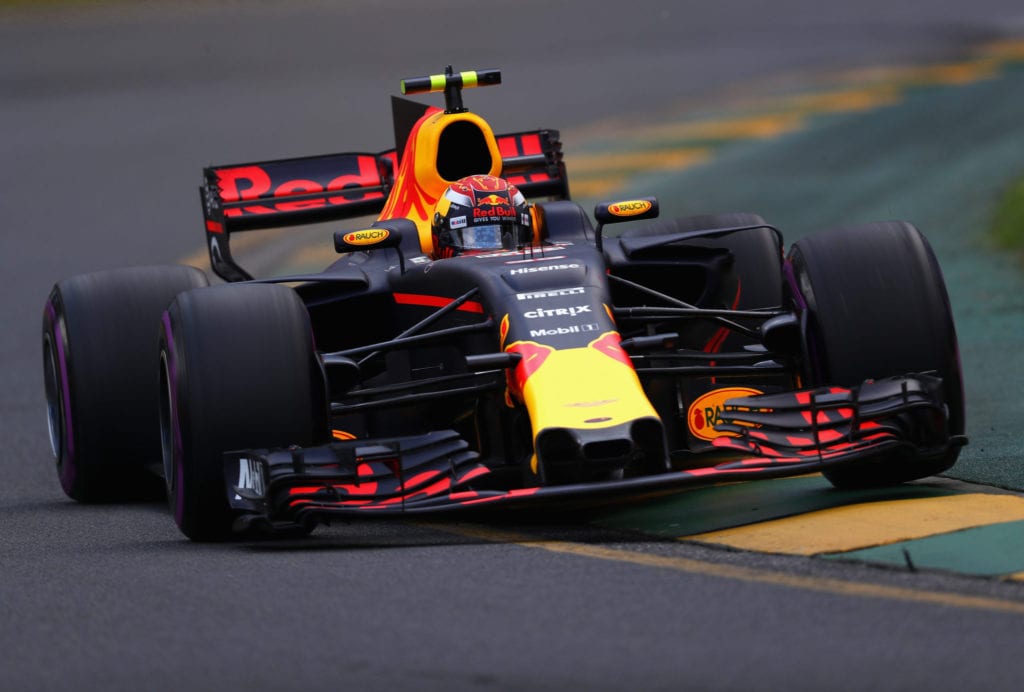