If everything had been normal, today would have been Thursday practice at Monaco. We’d be readjusting our brains to comprehend the speed and skill of the drivers around a track which always seems to be ever more tight and narrow and you remember. We’d be talking about a particular team or driver that looked surprisingly strong in practice. We’d be talking about whether this is the track that can finally bring Kevin Magnussen’s unbeaten winning streak to an end. OK, maybe not that last one.

But we’re not. And unlike many of the other postponed races over the first half of the season, we won’t be talking about those things at all this season; Monaco has been flat-out cancelled and won’t return until 2021. The concept of an F1 season without a visit to Monaco just seems wrong, just like it’d be wrong if there was no Italian or British Grand Prix.

But, whereas those two races have enjoyed unbroken runs (albeit at different circuits) on the calendar since the birth of the World Championship in 1950, Monaco hasn’t. In fact, during the first five years of the championship, F1 only raced there once. Why?

The first Monaco Grand Prix after the Second World War didn’t take place until 1948 and although the event was a success (it even included a motorcycle race) the organisers (the Automobile Club de Monaco, or ACM) had struggled to make the event financially viable. The combination of that, and the death of Prince Louis II of Monaco, meant that the race didn’t take place in 1949.

However, the formation of the Formula 1 World Championship for 1950 was enough to convince the ACM to have another crack at things and the race was given the position of the second race of the season. Juan Manuel Fangio took his first win, while Alberto Ascari finished second in Ferrari’s first race, the team having missed the race at Silverstone over a financial dispute.

However, that wasn’t enough to kickstart the Monaco GP back into life. Once again, money was an issue, as was the fact that back then, the race simply didn’t enjoy the same level of popularity as it does now. Monaco was just one of many challenging street races and road race in Europe at the time, so it didn’t even have uniqueness going for it. It didn’t help that half the field in the 1950 race had been eliminated thanks to a freak tidal wave in the harbour, so the appetite for teams to return was hardly enormous.

All of this meant that in 1951, there was once again no Monaco Grand Prix. It didn’t help that F1 wasn’t exactly in the best of health at the time – only Alfa Romeo and Ferrari had truly competitive cars, with the rest of the grids made up of cars that were increasingly slow and outdated. When Alfa withdrew from F1 at the end of 1951 and no new manufacturers ready to come in, the FIA made to decision to run the Formula 1 world championship to Formula 2 rules for 1952.

This was another blow for the ACM. Prince Rainier wanted to host another grand prix but, with the uncertainty surrounding F1 and the fact that a race for second-tier single-seaters wasn’t likely to be very lucrative, the decision was made to run the 1952 Monaco Grand Prix for sportscars instead.

The grid had a healthy entry list, with factory efforts from Aston Martin and Jaguar, as well as plenty of privately-entered Ferraris, Talbot-Lagos, Allards, and a Gordini. A young Stirling Moss was in attendance for Jaguar and he led the early stages of the race before being caught up in a multi-car collision and then subsequently disqualified for receiving outside assistance. The race was won by the Ferrari of Vittorio Marzotto.

The change in format hadn’t helped the race’s fortunes. Once again, Monaco had failed to really capture the attention of the public, and the death of legendary racer Luigi Fagioli as a result of injuries sustained in a practice accident hadn’t helped. Then, the race was dealt another blow – the founder of the Monaco GP in 1929 and key driving force behind the event, Anthony Noghes, decided to retire.

With F1 still having to run to F2 rules, Monaco decided against hosting a race in 1953. And although Formula 1 was reinstated for 1954, the ACM was still unsure as to whether it’d be successful so so decided not to hold a race that year, either.

This meant that since motor racing resumed in 1946, Monaco had only held three major races in nine years, and a single F1 world championship race in five seasons. Looking back, it’s not difficult to envisage a situation where the idea of racing in Monaco was simply given up on. Thankfully, in 1955, the Monaco Grand Prix was thrown a bit of a lifeline.

Throughout 1954, F1 had started to blossom once more. Ferrari and Maserati were joined by Mercedes, Vanwall, and Lancia. The sport continued to grow into 1955 and the FIA wanted to kick off the European season in the principality, following on from the season opener held five months previously in Argentina. Even better, the race was to be given the prestige of also being known as the European Grand Prix – an honorary title which used to be awarded to a different race each year (a practice which ended in 1977).

Monaco was happy to oblige and, despite the absences and previous mediocre events, it was a race many were looking forward to. Legendary motorsport journalist Denis Jenkinson wrote in his report for Motor Sport Magazine:

“The anticipation of this first Grande Epreuve has made itself felt strongly throughout Europe for some weeks, and the entry proved to be one of the finest seen for many a year.”

Thankfully, for the first time since the war, Monaco put on a race to be remembered. The pre-race favourites, the Mercedes’ of Fangio and Moss, both broke down – Fangio from the lead on lap 49 with transmission failure, then Moss from the lead on lap 80 with a blown engine. Incredibly, on the same lap and as he was set to take the lead, Alberto Ascari dramatically crashed his Lancia into the harbour. The unfancied Ferrari of Maurice Trintignant came through to lead the last 20 laps and win the grand prix.

It was the kind of crazy, unpredictable, mad race that Monaco has become known for, and helped to cement its place on the calendar for 65 unbroken years, right up until the cancellation of the 2020 race.

As other classic events and circuits fell by the wayside, or became altered or sanitised beyond recognition, Monaco became an increasingly indispensable and recognisable part of not only Formula 1, but the global sporting calendar.

We’ll miss it from this season. Let’s hope the 2021 race will mark the beginning of a new, even longer streak. 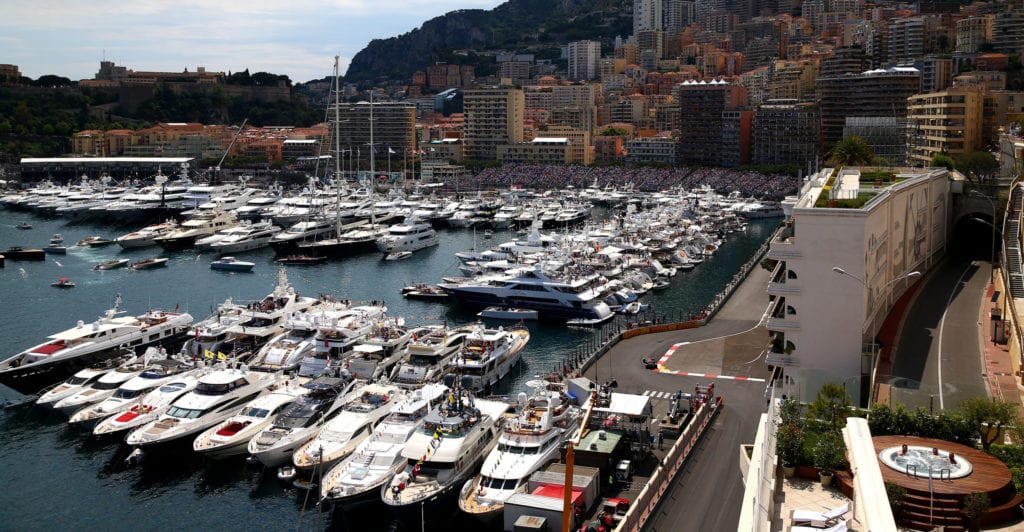