Ever since he announced that he was leaving F1 last year, Alonso has always insisted that it was more of a ‘see you later’ rather than a ‘goodbye forever’ sort of deal. He’s stuck by that philosophy ever since and although he’s spending 2020 focusing on other things, like the Dakar Rally and trying to complete the Triple Crown with an Indy 500 win, it seems he’s going to be keeping an eye on the 2021 F1 driver market. Indeed, type the words ‘Alonso F1 return’ into Google and you’ll be bombarded by all sorts of articles saying that a comeback would be a “potential possibility“ and that he’s ‘keeping his options open‘.

The combination of the rule changes (which hope to alleviate a lot of the things Alonso was fed up with about F1, such as single-team domination and too many uncompetitive teams) and the extremely fluid driver market are why he’s been citing 2021 as the year of a potential comeback. Sure, he’s not out-and-out saying “I want to come back to F1”, but he wants to race – and succeed – in high-level forms of motorsport. F1 fits that bill perfectly, so why wouldn’t he keep his options open?

However, even if he actively came out and said “I’m looking for an F1 seat in 2021”, there’s pretty much no chance that it’ll actually happen.

The biggest problem is a simple logistics one: where exactly is he going to go?

Chances are that the top teams now will still be the top teams in 2021 as it’ll likely take a few seasons for the intention of the new regulations to take effect. Ferrari’s future is looking pretty mega with Charles Leclerc and if Sebastian Vettel decides to go elsewhere at the end of next year, it wouldn’t be surprising to see the Scuderia revert to type and pick a clearer number two driver in the mould of someone like Valtteri Bottas.

Mercedes? That’s a big no. Although the team has taken a punt on ageing former world champions looking for an F1 comeback (Michael Schumacher) in the past, rumour has it that the higher-ups in the Daimler board have never wanted to consider Alonso because of the whole Spygate scenario at McLaren in 2007. Besides, it seems unlikely that Lewis Hamilton will be going anywhere, and George Russell seems destined for Bottas’s seat at some point.

As for Red Bull, that’s a big no. The last time the team hired a driver from outside of the Red Bull family was Mark Webber in 2007 – who was also the last driver to be older than 25 when they made their Red Bull debut. The whole Red Bull environment is geared towards bringing in fresh, young talent. Alonso will turn 40 during the 2021 season – hardly a fit for the team’s ethos.

That leaves only the midfield teams, which was the area of the grid he gave up in 2018 because he felt there was no chance of success. That might change in 2021, but the likelihood seems quite small, so joining one of those teams would be a massive risk for Alonso, requiring a commitment of a couple of years before any of those teams could realistically challenge near the front.

Even if Alonso wanted to make that kind of commitment, again, it’s not like he’ll have many options. McLaren is onto a good thing with Lando Norris and Carlos Sainz and as much as I’m sure the team would welcome Alonso back, getting rid of one of its current drivers to accommodate him would be foolish. Sergio Perez and Lance Stroll seem locked in at Racing Point, plenty of Ferrari junior drivers can stake a claim to a seat at Alfa Romeo, and Toro Rosso/Alpha Tauri wouldn’t be realistic for the same reasons that Red Bull wouldn’t.

Renault? Maybe – Esteban Ocon is contracted for 2021, so it’d have to hinge on what Daniel Ricciardo did, which in turn is reliant on what happens with driver movement at the front of the grid. If that seat did open up, you could imagine Alonso being in contention for it – after all, Renault has the budget, the history with Alonso, and the recent tendency to go after big-name drivers. However, it also has a young driver programme full of talent which it has yet to promote to an F1 seat. At some point, Renault is going to have to put its money where its mouth is and promote one of them to F1, if for no other reason than to justify the existence and need for it to help fund the careers of young drivers.

If Haas ever decides to end its love affair with Kevin Magnussen and Romain Grosjean then I suppose that could be an option. Williams? Ha.

Then there’s the other factor: age. Alonso is a great racing driver, full stop. He’s exactly the kind of person who could walk back in after two years away and be right back on it, but former World Champions making an F1 comeback in their 40s don’t exactly have a good track record. Nigel Mansell’s attempt with McLaren in 1995 was utterly woeful, while Michael Schumacher rarely looked like the driver he used to be in his three years with Mercedes at the start of this decade.

I think many of us would dearly love to see Alonso in a top car against today’s young guns, demonstrating the talent that was wasted on years of uncompetitive machinery.

But even as a massive Alonso fan, I hope he stays away. Focusing on IndyCar and winning the Indy 500 (and whatever other races he fancies) would do much more for his legacy as a racing driver – when it comes to F1, I’d rather be left wondering what could have been than see him force a comeback which would, in all likelihood, be unremarkable at best. 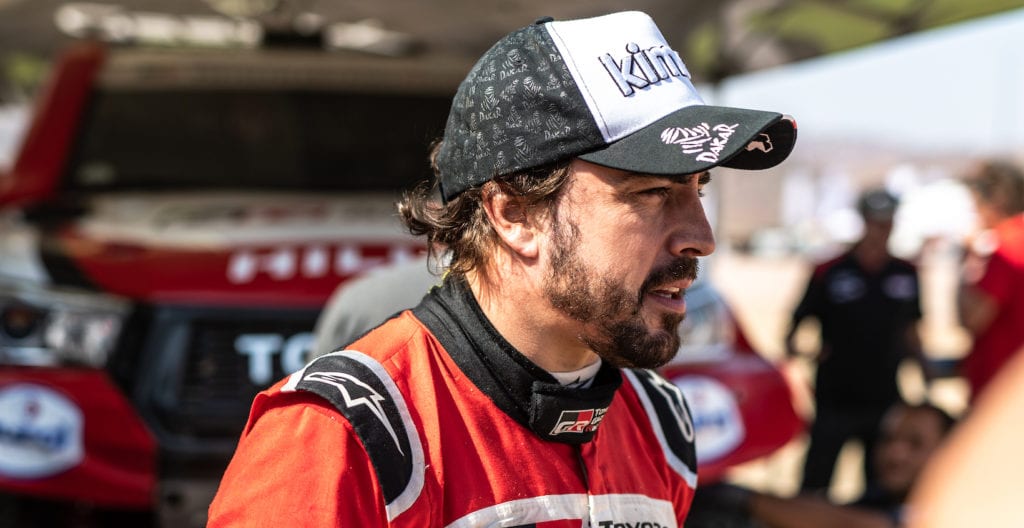