The really big names like Fernando Alonso, Jenson Button, Mario Andretti, and Sebastian Vettel have been the headline-grabbers for The Race Legends Trophy, but the whole field is full of drivers who’ve won championships of major races in their field of driving. Andy Priaulx is a three-time World Touring Car Champion; Emanuele Pirro has won Le Mans five times; Petter Solberg is a World Champion in rallying and rallycross; Jan Magnussen is a multiple champion in GT racing.

It’s been mentioned on commentary a couple of times that this might be the best field of drivers in motorsport history – real or virtual. And it probably is. But that got me wondering… is there a way to try and quantify that?

I’ve had a go at it by choosing 17 different seasons from across the motorsport spectrum, which roughly correlate to the kind of series that each of the 31 drivers from the 19 Legends Trophy races (so far) have competed in real life. I’ve also tried to pick seasons and eras which can be perceived as being a peak of their respective disciplines in terms of driver talent.

So, how are we comparing them? Well, we’ll be looking the drivers in seven categories: Formula 1 titles, US open-wheel titles, major endurance racing titles, major touring car titles, major rallying/rallycross titles, wins at the Race of Champions, and Triple Crown event wins. We’re also counting the number of titles/wins each driver had at the end of their careers, not how many they had at the time.

For instance, Michael Schumacher earns seven championships towards the numbers for the 1991 F1 season, even though he hadn’t won any at the time.

It sounds more complex than it really is, and I’ll explain more as I go along, but hopefully once we get into the graphs and the numbers it’ll all become clear. The goal? To see if the Legends Trophy really is the best grid in motorsport history. Let’s go!

The Legends Trophy has had six world champions in its field – Andretti, Vettel, Alonso, Button, Emerson Fittipaldi, and Jacques Villeneuve – for a total of 11 titles between them. But that’s nothing compared the 2012 F1 season, which ended up having seven drivers who either had, or were going to, win a combined 22 championships between them – that’s almost a third of all F1 championships in a single season of drivers.

1993 ended up being a stacked year in IndyCar – a total of 12 different champions entered races at some point throughout the season for a total of 26 championships. 2014 features strongly, too, but although 1999 has a high number of title winners (8), the fact that many of them ‘only’ won it once means that it slips behind the Legends Trophy field.

It also shows that IndyCar champs are more likely to spread out into other series than F1 champions are -but then again, I probably could have told you that without the aid of a graph…

I quickly regretted this – not only because I omitted other major series, such as the FIA GT championship of the late 90s, but because it took absolutely ages to go through literally hundreds of drivers and work out who’d won what during their careers.

But, it’s done now, with the 113 titles from the 2015 WEC field beating out the 77 titles from the 2004 Le Mans field (which is actually a really impressive number for just a single race). Oddly, there were only 11 endurance championships in the 1990 WSC field – fewer than two of the IndyCar seasons – but that’s mainly because there simply weren’t as many global endurance racing competitions at the time, and there was far less crossover.

The Legends Trophy earns another third place, thanks mainly to the four titles for Magnussen and the seven for Scott Pruett.

For touring cars, I looked at champions of the WTCC, WTCR, ETCC, BTCC, and DTM championships. Again, I could have done more but after the frustrations of doing the endurance fields, I thought I’d try and keep things simple.

As you’d expect, the touring car series’ come out on top, but the endurance fields also stacked up favourably. This is likely because in the 1990s, touring car racing exploded in popularity and importance, with manufacturers running works teams with top-level works drivers in the Super Touring era – for instance, drivers going from F1 to the British Touring Car Championship was not an uncommon career move.

With only Priaulx and Jason Plato, tin-top title-winners are comparatively under-represented in the Legends Trophy, hence its lowest ranking yet – joint-sixth with the 1991 F1 season.

This was always going to feel like a bit of an outlier since there’s very little crossover in the careers of rally drivers and circuit racers, but with Solberg being part of the Legends Trophy, I thought it was worth including. This time I examined the various grids for champions in the WRC, World RX and (since World RX is a relatively new series) its predecessor, the top class of the European Rallycross championship.

As you might have expected, this is the most one-sided graph of the lot. Sebastien Loeb’s stint as a touring car driver gives the 2014 WTCC grid a boost, but other than that, the only other peaks outside of the rally grids are for the Legends Trophy (courtesy of Solberg) and the 1998 British Touring Car Championship (thanks to Tommy Rustad).

The Legends Trophy brings together drivers from different kinds of motorsport, pitches them against each other in an unfamiliar format in equal machinery which is seen more as a bit of fun than a serious motorsport contest. In that sense, it’s quite similar to the Race of Champions, so I looked at winners of both the Individual and Nations’ Cup competitions.

This is one of the most evenly distributed spreads, with the only zero scores coming from the 1967 F1 grid (when the RoC wasn’t even invented) and 1993 IndyCar field (the RoC was a rallying competition from 1988 until 2003).

Again, the Legends Trophy fares well, though that’s largely thanks to the eight wins for Vettel – add in the six from Schumacher and you’ve got the reason why F1 2012 comes out on top. The rally seasons also fair well, because of the rallying origins of the event.

This is one of the more interesting ones – and one of the most closely fought. Counting winners of Monaco, Le Mans, and the Indy 500, which series has the most triple-crown winners?

The answer is the 2004 Le Mans field, thanks to Tom Kristensen’s nine Le Mans wins, along with a selection of other multiple winners, many of whom raced for the dominant Audi team of the day.

Second is the 1991 F1 grid. This is thanks to Schumacher, Alain Prost, and Ayrton Senna having 15 Monaco wins between them, plus the fact that Pirro was an F1 driver in 1991 – and he went on to win Le Mans 5 times. 1991 also had 41 different drivers throughout the season, a fair few of whom went on to have success at Le Mans.

However, the numbers for the endurance seasons and F1 seasons are largely boosted by Le Mans and Monaco wins respectively. And despite being fourth in terms of total wins, the Legends Trophy field has by far the most even spread of the races those wins have come from.

To do that, we’re going with our old friend, the championship table. Assigning a traditional points system probably wouldn’t work too well thanks to the number of tied results. And we can’t simply add the total of all seven together, because it’d be skewed by the higher figures on offer in, for instance, the number of Endurance titles compared to the number of rallying titles.

So instead, I’ve decided to use golf-style, lowest score wins system. Whichever season finishes first gets one point, second gets two points and so one, and the lowest combined score across all seven categories is the winner.

And in this case, the Legends Trophy’s sheer consistency means it’s a comfortable win, categorically proving that it is, indeed, the best field of driving in motorsport history, real or virtual.

Or does it? You can use statistics to prove pretty much anything you want with statistics, and this is no different. Had I selected the championship seasons I was comparing based on, for instance, the drivers who competed in the 2017 Race of Champions, we’d have ended up with a completely different result.

Add in the fact that there are many things about this study that skew the results – the larger number of drivers in the endurance events gives those seasons more of an opportunity to score favourably, compared to the smaller grids of touring cars and Formula E, for one thing; the fact that this method places an F1 championship on equal importance to a GTE-Am championship in the WEC is another.

And that’s not to mention the fact that I only chose these seasons and criteria based on my personal opinion and estimates of which seasons featured the best drivers (plus, as thorough as I tried to be, there might be a few small mistakes). There are probably a few stacked grids of drivers in junior formulae or karting that would perform well in this system.

But this doesn’t mean that this whole project was completely useless. The drivers of the Legends Trophy score incredibly highly and consistently across seven different categories.

Is it the best field of drivers in motorsport history? I think it very much comes down to personal views and how you like to perceive greatness in drivers. Personally, I think the Legends Trophy is the best. But whatever you think, one thing is for sure: it absolutely has to be included in any discussion.

If you want to look at the raw data I used to make these graphs, click here. 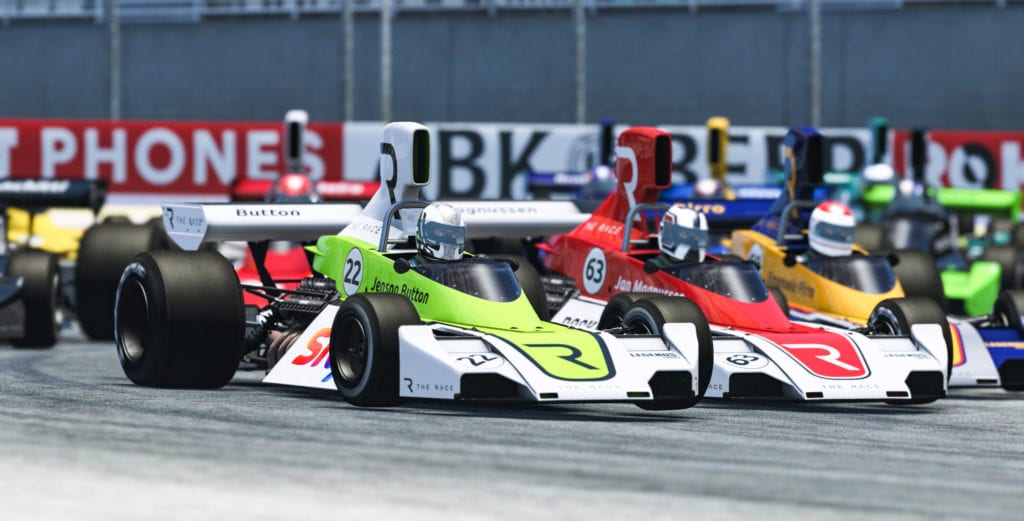