Why Another Year Of Grosjean Is A Better Option For Haas Than Hulkenberg – WTF1
Skip to content
×
Formula 1 , Opinion

Hulkenberg is a quality driver who’s more than worthy of a place on the F1 grid. There’s absolutely no disputing that. He’d be a fine addition to any midfield team – the problem is, so would many others, and 32-year-old Hulkenberg doesn’t exactly have time on his side. Therefore, you can understand why he lost his Renault seat to Esteban Ocon, or why he would theoretically miss out on other seats to young, talented drivers with potential. But for Grosjean – a guy more than a year Hulkenberg’s senior and with a penchant for errors – to win out in the ‘battle’ (if there ever was one) to be Kevin Magnussen’s teammate next year might seem a little bit confusing.

In reality, though, Haas sticking with Grosjean is probably the smarter move.

Let’s start with Romain himself. In the first half of last year, yes, he was woeful. And the fact that he’s consistently being outscored by Magnussen, as well as his habit of jumping on team radio to moan about even the cleanest of overtakes, has left him with something of a bad reputation.

However, his 2019 season has been blighted by awful luck. He’s retired from six races (more than any other driver) compared to Magnussen’s two, five of which were beyond his control. And although Magnussen has outscored him, in five of the seven races in which both have finished, Grosjean has been the fist Haas home. Not that this really means much, though: the VF-19 has been such a difficult car for the team to understand that making straight performance comparisons between the two is tricky, especially since on a number of occasions the team has run two cars to completely different specifications – which brings me on to my next point.

Grosjean had been unhappy with the upgrades the team introduced in Spain and, as the team continued to struggle with race pace, was keen to revert back to the car’s original spec in order to get a real world, back-to-back comparison with upgraded car in order to see if the changes had actually worked.

Grosjean finally got his wish of the older car at the British GP and his performances seemed to improve. It turns out that pushing for that older spec has helped the team’s understanding of the car immensely, as Guenther Steiner told Motorsport.com:

“Romain was a big part of getting the understanding of why we are wrong with the car at the moment. He was a big help.”

The concept of drivers being good at ‘developing cars’ is pretty much impossible to quantify, but some drivers have a reputation for being pretty good at it – Grosjean is one of them, and has been since his Lotus days with Kimi Raikkonen. That’s an important asset for a team in Haas’s position, especially as he’s been with the team since its inception and is very much a part of the family. For all of his whiny team radio messages and on-track skirmishes with Magnussen, he very much seems like the consummate team player – just look at how he comforted his mechanics after the disastrous pit stops in last year’s Australian GP.

Then there’s his speed. On his day, Grosjean can still be absolutely rapid. Indeed, of all the drivers in the midfield, you could argue that at their absolute peaks, Grosjean has the most raw pace of all. The problem is that those days are becoming increasingly rare, but Grosjean is also a confidence driver – and things aren’t exactly going well for the team at the moment. Give him a sniff of a result in a decent car and he’ll grab it. It’s a solid counter to Magnussen’s consistency and fighting spirit and when all is going well, it’s a really rather solid driver line-up.

Now, to Hulkenberg. As much as I’d love to see him do well and think that he deserves to continue in the sport, I can’t help but feel that much of his reputation as a driver rests on his early years in the sport. There was the sensation wet-weather pole for Williams at Interlagos in his rookie year in 2010, challenging for the win with Force India at the same track two years later, and his giant-killing efforts for Sauber the year after. At that point in his career, he arguably deserved a shot in a top team, but his size counted against him at a time when teams were very concerned about weight.

He was also exceptional in 2014 but since then, he’s looked less like a top driver stuck in the midfield and more like a ‘mere’ top midfield driver. Sergio Perez got the best of him, there were a couple of hard to judge seasons at Renault when he was up against Jolyon Palmer and although things were close with Carlos Sainz in 2018, this year Daniel Ricciardo has emerged the faster driver in a year touted as being Hulkenberg’s best chance to show what he could do against a proven race winner.

Worst of all, however, has been his repeated failure to capitalise on opportunities. Yes, he fought for the win in the 2012 Brazilian GP with a Force India, but he also threw it away with a mistake while fighting with Lewis Hamilton. Podiums were a possibility in Baku in 2017 and 2018 but he crashed out on both occasions, and he binned it again in Germany this year while on course to break his duck. And though it’s true that he’s never really had a car capable of podiums except in extreme circumstances, Perez managed to take four for Force India when they were teammates. You’d think that the law of averages would have seen the Hulk grab at least one, right?

His midfield rivals seem to have little problem with this. Perez is the master of grabbing unexpected podiums, Daniil Kvyat wasted no time when he saw the opportunity in Germany, and even Lance Stroll seems to thrive in crazy races. Put under pressure to deliver the kind of result that some teams have to wait years for, they all deliver. Hulkenberg? Not so much. Some of it you can explain away with bad luck but when it happens as often as it does to Hulkenberg, it’s not a curious statistical injustice – it’s a trend.

Even Grosjean back in the 2015 Belgian GP, when Lotus had no money, no upgrades, and the bailiffs knocking at the team’s door was able to drive a stunning race and put himself in the right place at the right time to be rewarded with an unlikely podium. I’m not sure he’s the same driver now that he was then, but it wouldn’t be surprising if he was the guy to deliver Haas its first podium.

Hulkenberg might have done a fine job for Haas, scored plenty of points and worked out a treat, but he might have taken most of the season to gel with the car and the team and missed out on opportunities in the process. Grosjean is a known quantity, a driver with a proven record and ability to deliver in a variety of different areas.

When the team does look for some fresh blood it’ll probably go after some young blood – rough diamonds with room to improve and help drive the team forward, or perhaps poach someone with a year or two of experience who got left on the sidelines in an unexpected driver shuffle. It won’t make the sideways step of getting another driver in their mid-30s with their best years behind them and a history of making odd mistakes. 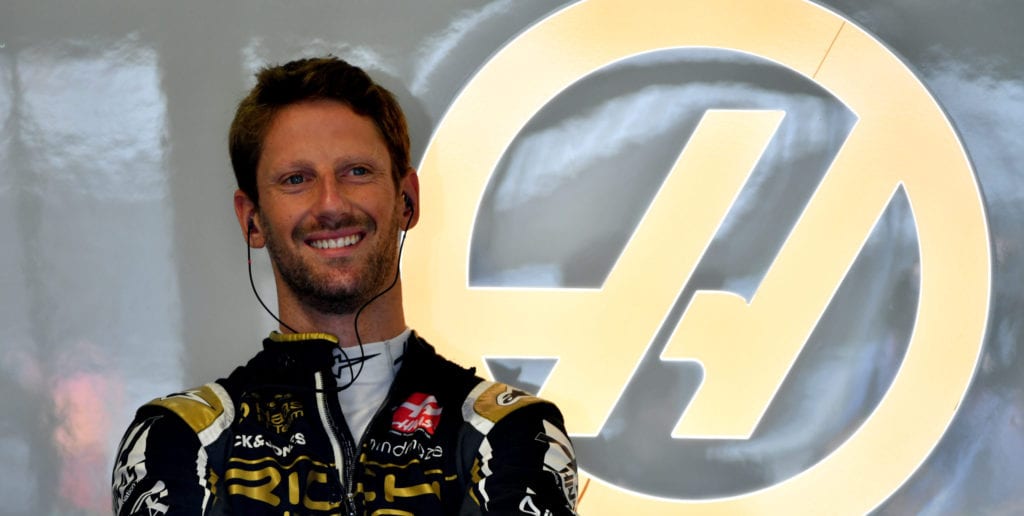