Why Are F1 Suddenly Trying To Slow Down Pit Stops?

Over the years, the F1 pit stop has become impossibly quick. Pitting in the box, hoisted up by the jackman, removing the old tyres and switching them for a fresh new set can now take under two seconds. A kind of ‘blink and you’ll miss it’ sorta thing. However, the FIA is now stepping in to slow things down for safety reasons.

The pit stop has always been a part of F1. Whether you’re changing tyres, refuelling or switching a front wing due to damage, the aim is to get the car in and out of the pit box as soon as possible.

As we’ve seen from races this year, the seconds – or even tenths – really do have such an influence on a sport that is determined by the stopwatch.

F1 even commercialised the idea of the quickest stop in 2015 with the introduction of the ‘DHL Fastest Pit Stop Award’.

Although things have changed over the years, with elements like refuelling being banned from the 2010 season, the aim is still to be the quickest. The issue is now that perhaps these stops are becoming too quick. Yep, seriously.

In a technical directive given to teams, the FIA has suggested that teams change their procedures when completing a pit stop. These changes will come into effect from the 2021 Hungarian Grand Prix.

So, what are these new rules?

Well, there has to be at least 0.2s between the jackman releasing the car and an indication to the driver that they can leave – such as a green traffic light or like the old school lollipop boards. There can also be no front jack coming off the car until all the wheelguns have proved that they’ve done their job and done it right.

In theory, it’s a sensible decision and one done to help improve the safety of all those involved, but you can’t help but feel this decision is going to impact Red Bull the most. Their blisteringly quick pit stops haven’t come about by chance; it’s thousands of hours of practice and investing heavily in equipment and technology that helps the team do the job to the best of their abilities.

Red Bull pretty much dominates the fastest pit stop award race after race, although there have been some exceptions this year. Aston Martin took the award with a 2.16s stop for Lance Stroll in Spain, and Mercedes did the same in Imola with a 2.24s stop for Valtteri Bottas. Other than those two, Red Bull has achieved the accolade in the other five races of the season so far.

On two separate occasions this year, the Red Bull Racing team have achieved a 1.98s pit stop with Max Verstappen and a 1.93s stop in Bahrain. It sounds fast, and that’s because it is.

“To have to hold the car for two-tenths of a second you could almost argue it’s dangerous because you’re judging your gaps, the guy that’s releasing the car is having to make that judgement, and I think that it’s not been well thought through,” he explained to media at the Styrian Grand Prix.

“F1 is about innovation and competition, and seeing pitstops sub-2s is a remarkable feat.”

The question is now, should this new rule even need to come into place? Week after week, teams can produce these astonishingly quick pit stop times thanks to their training and incredible understanding of the machinery in front of them.

“We should be encouraging it, not trying to control it, otherwise where does it stop,” Horner added, and he’s got a very good point.

Mistakes are rare nowadays, but they do happen.

In pre-season testing this year, Mick Schumacher accidentally left the pit lane with the jack still attached to the car. We’ve also seen Haas involved in incidents before, with both cars being forced to retire during the 2018 Australian Grand Prix for not attaching wheels correctly to their respective cars. Their drivers had been running in fourth and fifth and on track to achieve their best-ever result until the disaster struck.

The most notable incident of recent times came during the 2013 German Grand Prix when a cameraman was badly hurt when the right-rear wheel of Mark Webber’s car came off in the pit lane. Coming in for a routine tyre change, Webber was released by the team without the wheel being properly attached. It came loose and hit the FOM cameraman, who suffered cracked ribs and a broken shoulder.

In F1’s technical regulations, article 12.8.4 states that “devices which are used to fit or remove wheel fasteners may only be powered by compressed air or nitrogen. Any sensor systems may only act passively.”

By clarifying the use of sensor systems, the FIA are essentially suggesting pit stops should not just rely on automation, and that when using human reaction times it’s very unlikely that a pit stop could even be under the two-second mark.

With Red Bull really taking the title fight this year, their super-quick pit stops have certainly given them an advantage over Mercedes. In Portugal this year, Red Bull achieved a 1.98s time for Verstappen, with Mercedes only getting a 2.58s stop with Lewis Hamilton. Merc’s time was the 10th slowest of the weekend.

Although half a second lost on a pit stop might not have impacted Mercedes in the title fight before, small margins like that might be a huge factor in who wins the constructors’ and drivers’ championships at the end of the season.

What do you think about these recent developments? 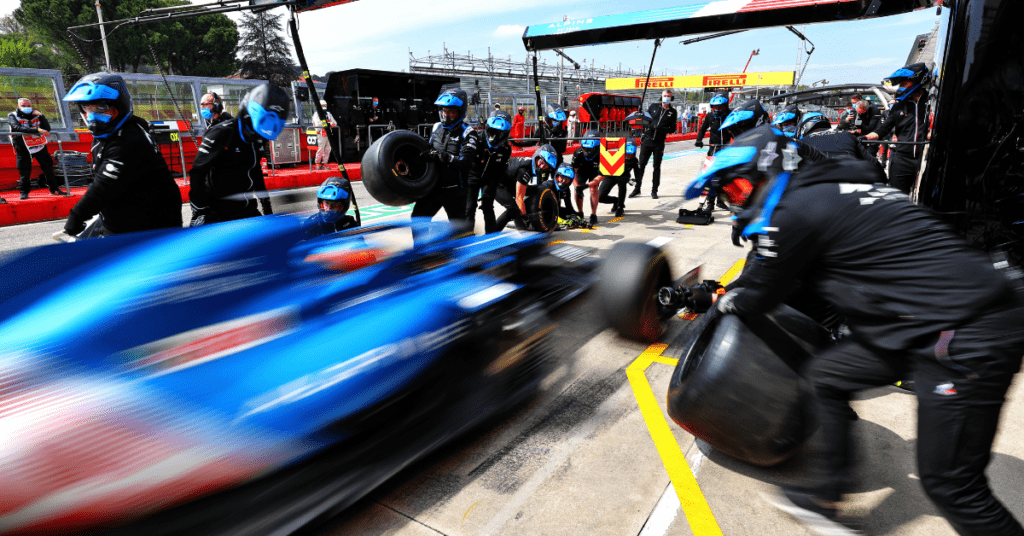