Why Are So Many F1 Teams Slipstreaming In Monza? – WTF1
Skip to content
×
Feature , Formula 1 , News

Why Are So Many F1 Teams Slipstreaming In Monza?

Calling Monza the ‘Temple of Speed’ feels a bit weird when the entire F1 grid is stuck at 30km/h on one straight waiting to set a lap time, but that seems to be the way it is now in modern F1. For another year, qualifying became dominated by an obsession with getting a tow. But why? What makes a slipstream so good?

All the speed in an F1 car comes from the way they’re able to mould the air around them. The most obvious parts that do this are the front and rear wings. They push the car towards the ground, allowing them to go quicker in the corners and have more grip. This is called downforce, rather obviously because the force is pushed down. So creative!

But these wings are a hindrance when it comes to going fast in a straight line. The big blocks of carbon fibre essentially act as parachutes and create air resistance. This slows the car down because the car is held back and is called drag, because it literally drags the car back. You’re probably realising that all these names are fairly unimaginative.

All the aerodynamics help to create a channel for the car to drive in the quickest way. A side effect of this is that the channel stays there and in that channel is less air because it has already been pushed away by the car.

So for a car following, the best thing to do is to get right in that channel. It helps the second car go faster because there is less air resistance to hold them back. This is slipstreaming, going quicker in a straight line because they’re slipping into the airstream of the car in front and being towed along!

This works on the straights because it’s all about top speed. But in the corners, downforce takes over and keeping cars pushed down to create grip becomes more important. This messes up the air around rather than creating a lovely channel which is why typically cars want a large gap rather than to go tight up on the car in front. 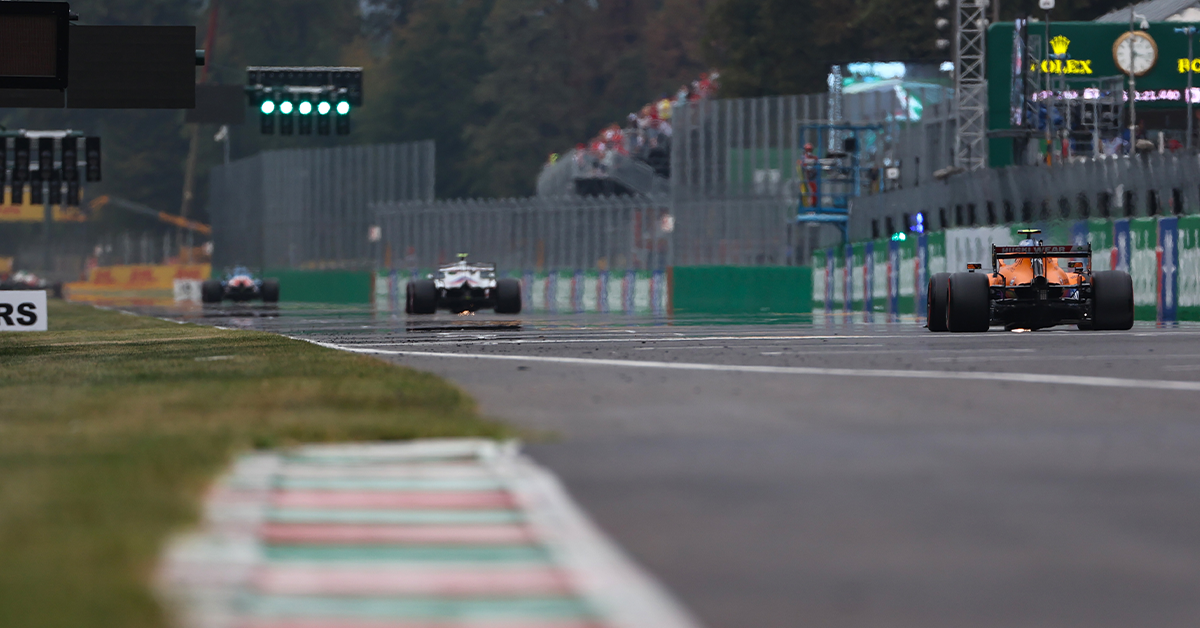 With Monza being mostly straights, a slipstream will get a team more lap time than cornering speed. In perfect conditions, down the back straight alone, a slipstream can add two-tenths of a second to a lap time which is a huge difference in F1. That’s why they’re all so obsessed with getting that juicy tow!

The problem is the way they’re trying to get the tow. It’s frankly a mess. All the cars are going at a snail’s pace behind each other. Quali is all still a competition, and all the drivers are trying to find the best track position to gain their own tactical advantage. If they can get a great tow all the way around the lap, then they’ll be faster. Simple as that.

Everyone going slowly, though, will obviously create issues. Lando Norris was on a fast lap, came upon all the slow cars and had to drive through them and trust they wouldn’t get in his way and cause a huge crash.

“It wasn’t a nice position to be in because something can happen so quickly,” Lando told SkySports. “You don’t know what they’re thinking or what they’re getting told.”

It’s no doubt that it’s scary seeing a busy track full of cars. Only last week, we saw Nikita Mazepin pulling out straight in front of Sebastian Vettel. If something similar happens with so many cars, there could be an almighty crash. Not only that, but really, there are questions about whether going so slow is actually worth it before the lap, even with a slipstream.

George Russell had a similar view to it all when speaking to Sky. 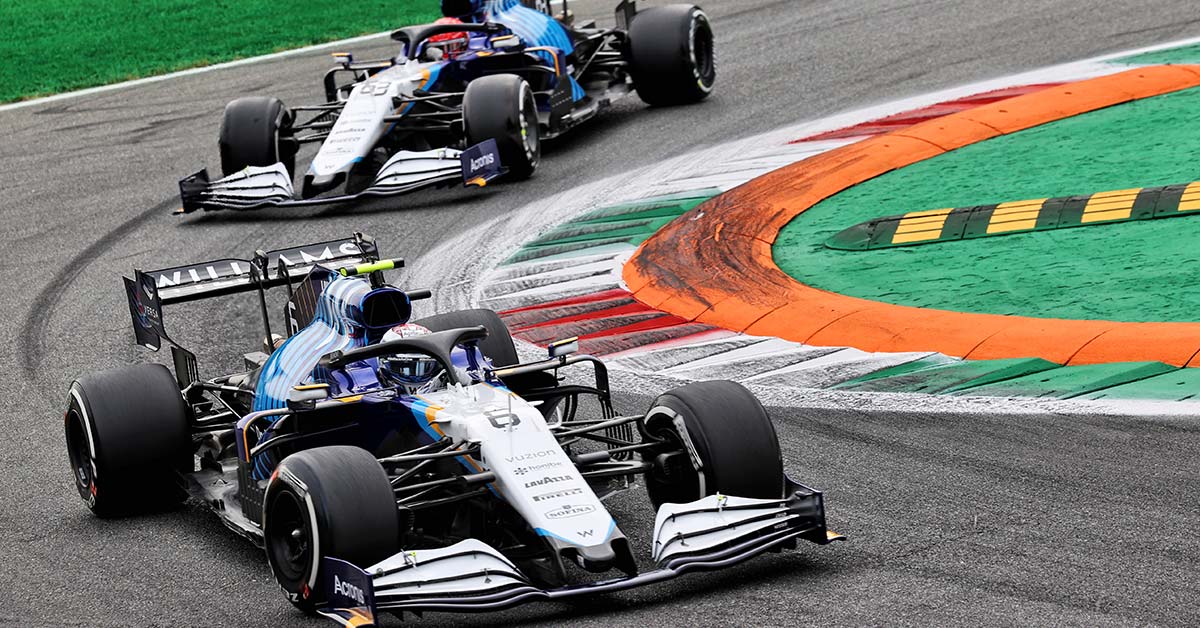 “Everybody’s chasing that slipstream. I don’t think it’s quite as powerful as a lot of people think. It may be powerful if you get in the perfect position, the perfect tyre prep, but that comes with so many compromises.

“There’s more to lose than there potentially is to gain.”

So that’s why every driver and team is obsessed with slipstreams. The potential is massive, but it becomes scary when so many cars fight over one bit of track with such a closing speed coming from those behind.

Something needs to be done, maybe forcing a maximum lap time or specifically limiting the cars on track in Monza.

What would you do about the mess at Monza? 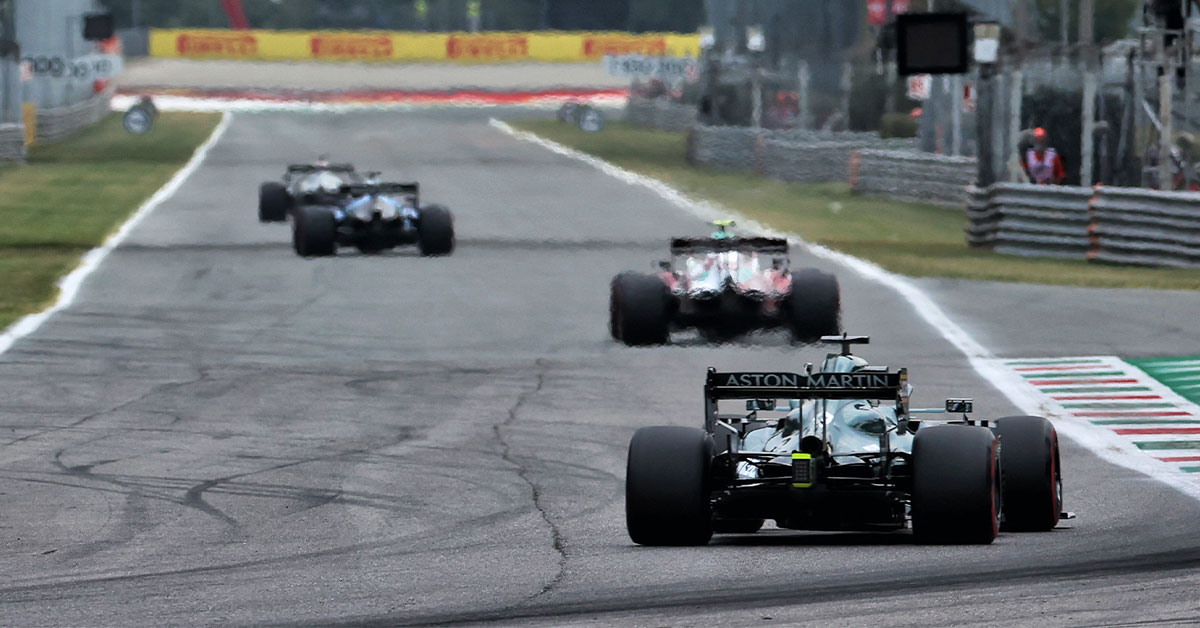