The shark fins and T-wings weren’t meant to appear on 2017s new breed of F1 cars, but a loophole in the rules was exploited by the teams and we ended up with a variety of different designs and solutions.

I thought this was great. Personally I love the way the shark fins look and judging from what I’ve seen online, I’m not in the minority. But really the way they looked was the last thing on my mind, because we saw some innovation and variety, which as a fan are two of the things I want from F1.

But, because they weren’t part of ‘the plan’ and because some people don’t like the way they look, they’ve effectively been banned for 2018.

I can kind of understand why T-wings have been got rid of. So far they’ve appeared to be flimsy and there have already been some failures – in Bahrain one fell off of Bottas’ Mercedes and caused damage to Verstappen’s Red Bull. On safety grounds alone it at least makes some sense; the aesthetics of them are irrelevant.

But the shark fins? They aren’t inherently dangerous, they aren’t going to be the source of a rapid and expensive development ‘arms race’, and they don’t really have a negative effect on the racing. They’re a simple device which are present in plenty of other series – GP2 and GP3 cars have them, Super Formula cars have them, and Le Mans Prototypes have them.

Unless I’m missing something, the only reasons shark fins have been banned in F1 is because they’re deemed ‘ugly’ by enough people with enough power. Why? Who cares if they’re ugly? The looks of something are entirely subjective anyway and aesthetics shouldn’t dictate the rules of a sport, especially one where technical innovation is meant to be a core element.

If we’re banning things because of how they look then personally there are loads of things I’d like to get rid of on modern F1 cars.

Thumb noses are hideous, yet we still have them on some cars. I’m not a fan of those multi-tiered front wing elements, so lets get rid of those as well. And all those pitot tubes and aerials along the nose of the cars spoil the lines, so lets have them banned. Some of the sidepod designs we have at the moment are pretty gross too, so lets standardise those into a more attractive design. Oh and while we’re at it I don’t like the McLaren livery either, so can we ban that as well please? Thanks.

Chances are you disagree with a few of the things I mentioned there, and that’s the point – it’s all subjective. What I think about how those things look doesn’t matter. All of them have a purpose, each team comes up with a slightly different solution and that makes the cars look subtly different and gives us variety – something which I’m sure many of us want in a Formula 1 with increasingly restrictive and homogenised regulations.

The shark fins are no different; each team has come up with slightly different designs. The Force India one looks like a big sail, the Toro Rosso one is sleek and aggressive, whilst the Mercedes one is smaller and pointier. Some of them definitely look better than others but at the end of the day we’ve got variety. That’s a good thing!

The ban sets a bit of a weird precedent as well. Are other questionably-styled elements of F1 cars going to be banned or adjusted too? And if not, why is it just the shark fins and T-wings that have been singled out?

If this attitude was around in previous F1 eras, what other innovations would have been banned because they were deemed ugly at the time? And in the future, will potentially important technological advances be stopped because they aren’t deemed pretty enough?

I hope F1 doesn’t start obsessing over aesthetics – but then again, if they don’t, then why have they made this ruling at all? Either way it doesn’t really make sense. F1 has enough on its plate without worrying about how the cars look. 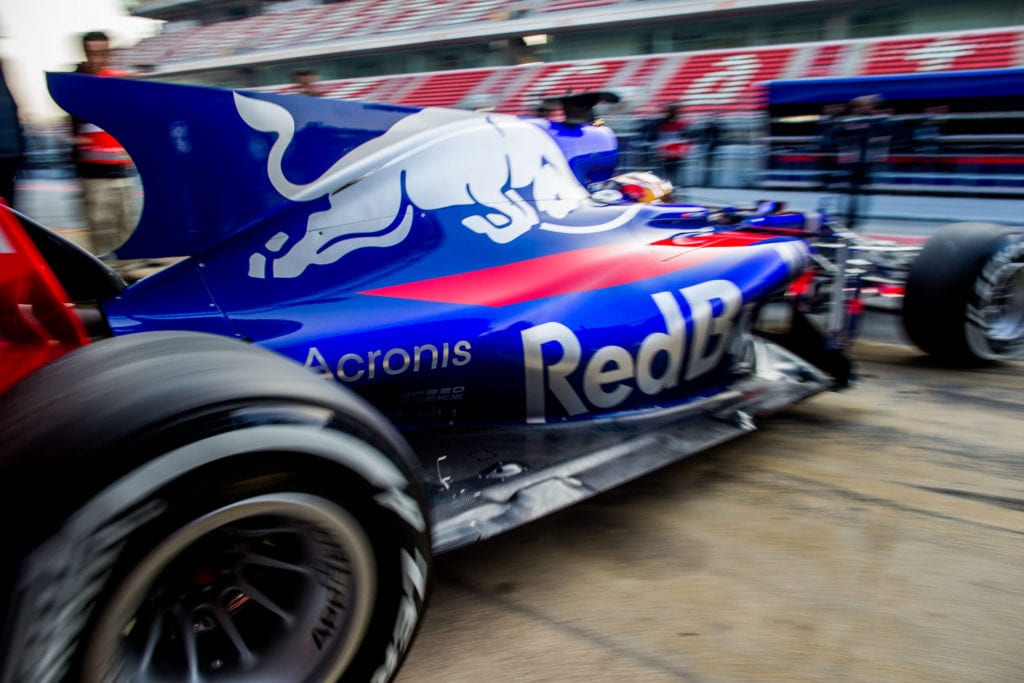