Why Bigger Driver Names And Numbers Are Important For F1

At the end of April, after the Bahrain Grand Prix, FIA race director Charlie Whiting revealed a number of new changes to F1 driver name and numbers.

This was in order to make them more visible on the cars, to help the viewing experience for fans in the grandstands and at home in front of their TVs.

He sent a letter around telling teams to make more effort into showcasing driver names and numbers on their cars, because it has become increasingly tough to tell them apart.

Now, driver names (or three-letter abbreviations) and numbers must be 150mm and 230mm high respectively, and in contrasting colours to the car’s livery in order to make them stand out.

The new rules come into force from the Spanish Grand Prix onwards, so the teams have had to work quickly to make the changes – Mercedes has already unveiled its bigger names and numbers.

While driver names and numbers may not seem like a massive deal, it’s an important little touch for the fans and Mercedes seems to have bit the nail on the head.

It’s especially vital when teams only have one livery and some helmet colours are incredibly similar – take the Force India drivers as an example.

Teams have also seemingly made it more and more difficult to see the driver numbers and names on the cars. Force India’s pink panthers come to mind.

On the VJM10, the driver numbers are placed just before the nose starts, on the flat section in front of the driver. So, you can only really see them from a higher viewpoint. Helpful…

Sure, Force India has got a load of new sponsors in the last year or so and the nose is a valuable place to put these logos, but the driver numbers and names should take priority.

There’s no point having a number or name in a spot that will be visible from only a few camera angles or grandstand viewpoints.

It’s not something other motorsport championships have to deal with either, because in series such as Nascar and IndyCar each driver has a unique livery. The WEC has put a lot of effort into making numbers stand out too.

So, telling drivers apart is really easy and it makes watching the races that little bit less confusing – whether you are in the grandstand, or sat on your sofa.

Someone is probably thinking ‘you can tell them apart by the T-cams’ because these are different colours – the second driver in each team has two yellow stripes.

But, does anyone really pay attention to the T-cams? Probably not.

The fact is, your eye isn’t naturally drawn to the T-cam and when the cars are racing at high speeds, it is still not particularly easy to notice the difference.

Plus, a lot of us are a little lazy and need something big and eye-catching to catch out attentions.

Therefore, it’s great F1 is making driver names and numbers more visible. Drivers are increasingly building their brands around their personal numbers and having the names or abbreviations is an added bonus.

There’s loads of space on an F1 car to position these names and numbers, Mercedes has already unveiled their three-letter abbreviations on the end of the shark fins (with added country flags too).

It’s a shame the shark fins will be gone next year (boo) because the extra bodywork is a brilliant billboard for driver names and numbers. The shark fins are, quite simply, the perfect place to put them.

Putting the numbers on the front of the car is a very obvious place but they should definitely be plastered onto the side of the car too, to improve visibility further.

It also gives designers the chance to incorporate the names and numbers into the livery itself in future seasons of they’re feeling especially creative.

Nevertheless, making the names and numbers bigger and making them stand out more is a subtle but useful tweak to improve the experience and accessibility of the sport for fans.

F1 is obviously a fast and furious sport, so making it as easy to understand and follow as possible is important for viewers and helpful for new fans too. 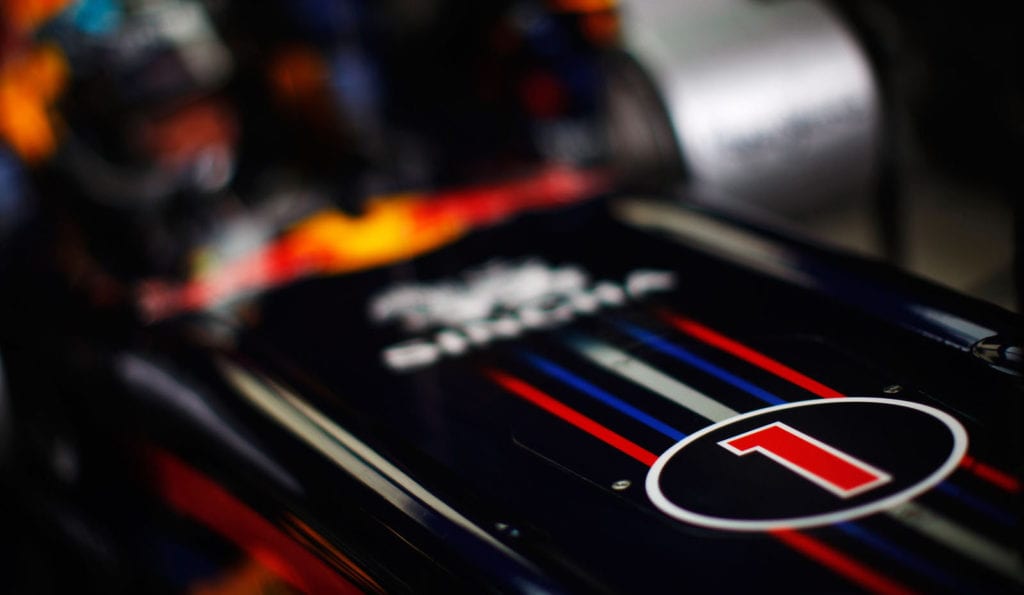