Why Bottas’s New, Tougher Approach Is The Only Hope For His F1 Career – WTF1
Skip to content
×
Formula 1 , Opinion

Why Bottas’s New, Tougher Approach Is The Only Hope For His F1 Career

Lewis Hamilton’s performance over the last couple of seasons has been sensational. He seems to have reached another level and brought a calmness into his approach that was frequently lacking in the past. Some of this has been attributed to the arrival of Valtteri Bottas on the other side of the garage. His no-nonsense attitude and pragmatic approach to team orders are in stark contrast to that of Nico Rosberg, who – with effectively only one car to try and beat, given Merc’s dominance – was happy to fight with his teammate in the same way he would with any other driver, frequently taking things to the limit – and sometimes beyond.

Bottas doesn’t put that kind of pressure on Hamilton (it also helps that he’s perhaps a little slower than Rosberg was) and while that’s lifted his teammate and made for an improved atmosphere, from a team perspective, it has the potential to harm Mercedes. More on that a bit later.

That’s not to say Bottas isn’t good enough for Mercedes. Perhaps surprisingly, over his two seasons with the team, he has proved that he can be a match for Hamilton – or sometimes even faster. The problem has been doing it consistently – last year this was compounded by awful luck, which slipped him into a number two role reasonably early on and then, as a result, his head dropped.

It seems obvious to say, but he cannot afford to let that happen this year.

The 29-year-old has already come into 2019 swinging. As well as wearing a badass beard, he said that over the off-season he felt “angry” that he hasn’t achieved what he wanted from his F1 career. Perhaps most tellingly, though, he said during an interview with Autobild that being a team player “has its limits” and that if he found himself in the same situation as he was in Sochi last year, he “would act differently”. No more Mr Nice Bottas, then.

Does that mean he’s going to be less receptive to any requests from James this year? Not necessarily – but it sounds very much that he’s racing more for himself than he is for the team. It could backfire. It could anger the management, it could cost the team results, and it could lead to him being replaced at the end of the year – or, if things are really bad, even sooner. But it’s the only option he has available.

The way I see it, the hard, uncompromising Bottas is one of three different Bottas’s we could see in the No.77 car this year, and the only one that has a chance of remaining with the team into 2020. Let’s call him Angry Bottas.

The second Bottas would be the one that we’ve seen over the last two seasons. Fast enough to win the occasional race, inconsistent enough to not be a threat, and submissive enough to aid Hamilton. That’s fine for so long, but if he’s only finishing fifth or sixth when Hamilton is winning, then that puts Ferrari and Red Bull – both of whom are likely to have drivers who are either relatively evenly matched or at least allowed to race each other – in much stronger positions. Whether it’s for scoring points, splitting strategies, or generally having more options than Mercedes does when it comes to trying to win. Let’s call this version Regular Bottas.

The third version is a Bottas that’s fast, much more consistent, and a good team player, but one that still lacks a decisiveness in his driving and attitude that leaves him looking like a bit of a doormat compared to his rivals. Hamilton has always been a fighter and although he doesn’t always get it right, you could never accuse Sebastian Vettel of not trying. Max Verstappen is… well, Max Verstappen, and we saw enough from Charles Leclerc and Pierre Gasly last year (Gasly in particular defied his own fair share of team orders) to suggest that they’ll be no pushover at the front of the field.

Bottas on the other hand has always lacked that extra bit of aggression. He accepts team orders instantly, doesn’t always defend as vigorously as you might expect, and isn’t prone to just sending it up the inside – take the last lap of last year’s Bahrain GP, for example. He can have all the speed and consistency in the world but if he doesn’t stand up for himself (in or out of the car) then his rivals will eat him up alive. He can be known as Passive Bottas.

Here’s why Angry Bottas is the only option. If all goes well, he has success. His success makes it harder for the team to use him as a wingman for Hamilton. If they try and Bottas disobeys, the dynamic in the team changes for everyone except for Valtteri – they have to adapt to a mindset that Bottas has been focused on for months. Hamilton now has extra competition from the other side of the garage and it gets in his head a bit.

Mercedes now has two drivers able to pull in similar results – even if it remains obvious that Hamilton is the quicker and better driver, it’s hard to criticise Bottas for getting the job done and harder for the team to justify getting rid of him. If he does get dropped, then it’s obviously bad for him, but suddenly there’s a driver with race-winning, Hamilton matching pedigree on the market, and there are plenty of midfield teams that would jump at the chance to snap him up.

Regular Bottas simply wouldn’t cut it. If he’s not performing well and ends up being more of a liability than anything else, then Mercedes has almost nothing to lose in getting rid of him and giving Esteban Ocon a shot. In this scenario, the Bottas that’s now on the driver market isn’t especially attractive – an experienced race winner, yes, but not one that’s seen as able to lead a team or collect crunch results. Again, a younger, hungrier driver with more potential might be just as attractive, as well as being a whole lot cheaper. It’d be hard to imagine Bottas out of a seat altogether, but I can’t imagine it’d be with an especially good team.

As for Passive Bottas? To be fair, he’d probably have a chance of sticking around for another season, even if it would raise further questions about the point of the Mercedes young driver programme. However, it would cement his reputation as little more than a solid number two driver. That’s just what every young driver dreams of, right? Being an excellent number two?

Nope, if this does turn out to be Bottas’s last year with Mercedes, it’d surely be better to see him go out fighting. Even if he tries too hard and it doesn’t work out, at least he won’t spend the rest of his life wondering what might have happened if he’d kept the same approach. He’s said as much himself: “I only have this one career in my life and if I only support others without attacking for myself, I never reach my goals.”

The best case scenario is that it does work out and Mercedes ends up in a similar situation to when Rosberg was in the team. That had its problems but you sense that for most teams, having two evenly-matched drivers is a problem they’d like to have. 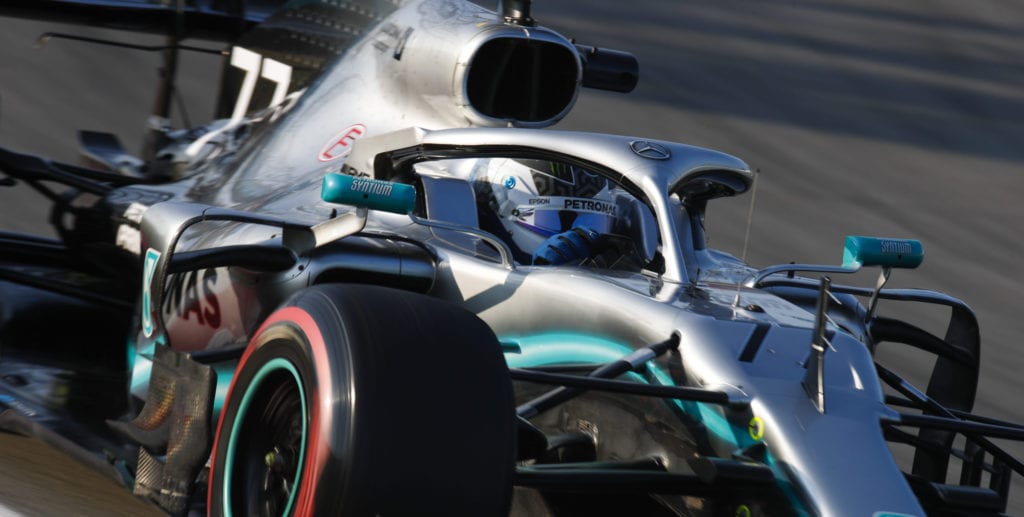