Why Did It Take So Long To Put Out The Fire On Carlos Sainz’s Ferrari? – WTF1
Skip to content
×
Feature , Formula 1 , News
8 comments

Carlos Sainz was the victim of a pretty scary incident during last Sunday’s Austrian Grand Prix when his chances of a podium went up in smoke (literally). Flames quickly engulfed the Spaniard’s Ferrari, but nearby stewards weren’t exactly quick to respond…

Before his engine blew up, Sainz had been hunting down the Red Bull of Max Verstappen and was on the verge of securing a critical 1-2 finish for Ferrari.

But after his engine had other ideas, Sainz was forced to use a steep exit road on the approach to Turn 4. Then, in a very scary turn of events, he had to stay in the car to stop it from rolling backwards and onto the track 😳 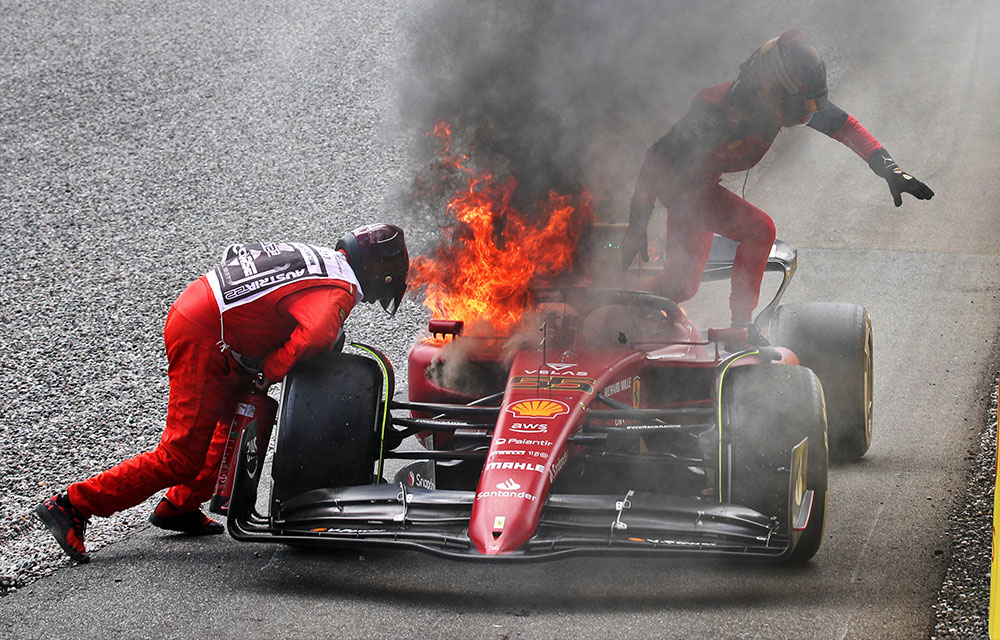 From the moment Sainz pulled over, it took over 25 seconds for the first marshal to arrive on the scene with a fire extinguisher, leaving many fans wondering why it took so long.

Sainz explained that he felt “uneasy” about the incident and said that it was “definitely something we need to look at” and try to understand “what we could have done a bit faster because it was not the easiest situation to be in.”

“I was calling the marshals to come and help me to put something on the tyres to stop the car rolling down,” he said. 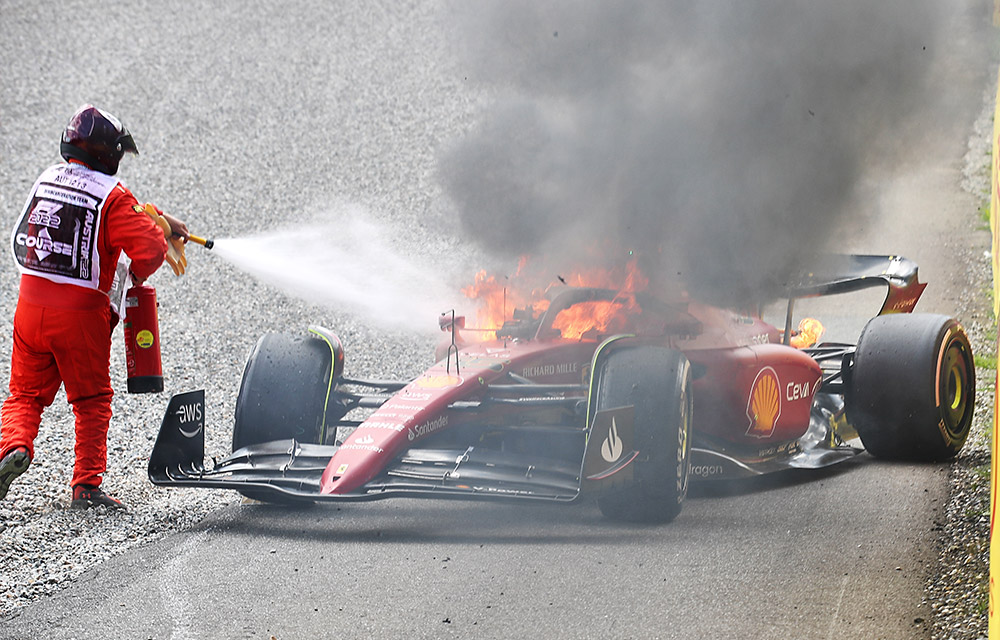 Onboards of the incident show a marshal arrive and place a chock under the Ferrari’s front right tyre, but the car rolls over it and continues to move backwards down the hill. The car finally came to a stop when it rested against a nearby barrier.

All in all, it was great to see Carlos get out unharmed, but he did categorise his recovery process as “a bit slow.” Not exactly what you need when you’re sitting in a fireball…

When The Race asked for comment on the marshal’s slow response time, the FIA confirmed that all actions taken in response to the incident were “conducted as per procedure” and that “any lessons from the incident will be learned”. Talk about vague… 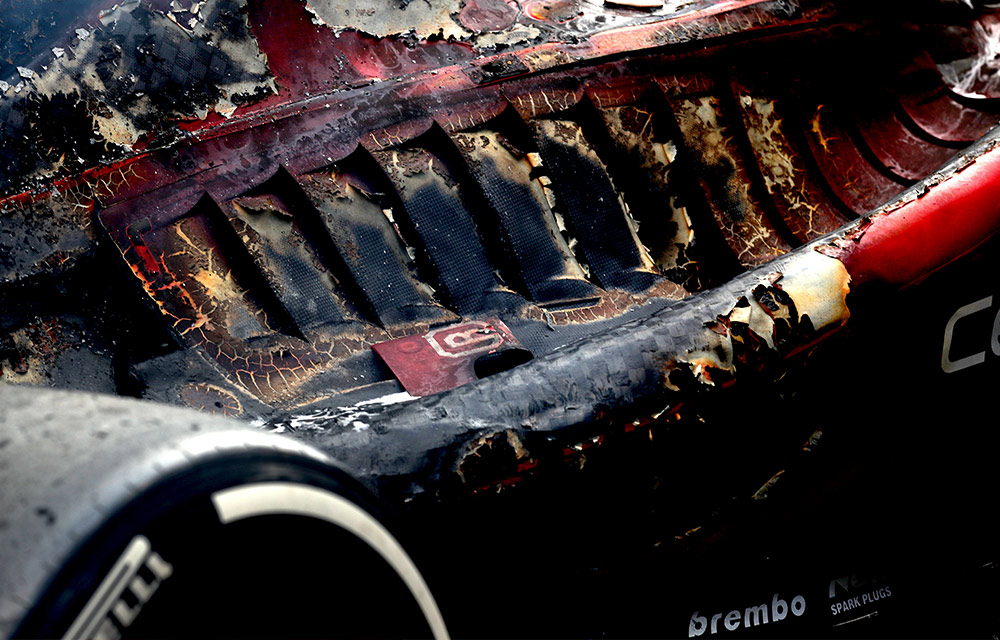 At the time of the incident, the FIA deployed a Virtual Safety Car because, as the Ferrari was deep in the run-off area, “the full safety car was not deemed necessary”.

The marshals involved in recovering Sainz and his Ferrari have been scrutinised online, but someone claiming to be a marshal nearby spoke out on Reddit.

They first asked people to “stop praising the photographer” who was nearby as he “was blocking the fire marshals” and “was told to move away from the service road twice”. 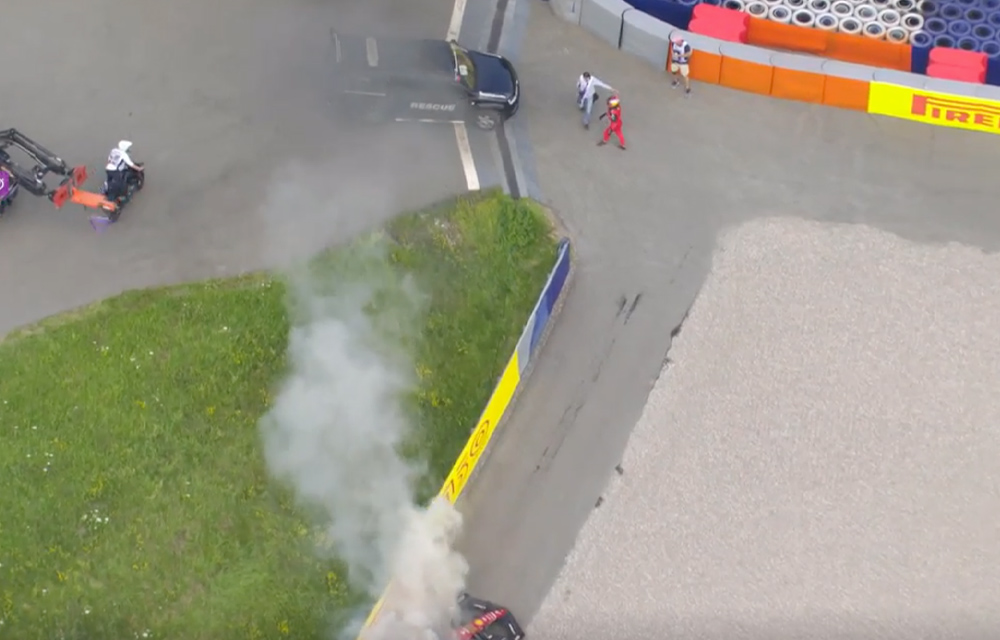 They then explained that the first marshal, who stopped halfway to the Ferrari before running back to the marshal’s post, was ordered to return to “get the car with the big extinguisher”. According to the post, he is also one of the “most experienced marshals out there”.

Do you think the FIA should investigate this incident further? We’re just glad to see Sainz got out in time! 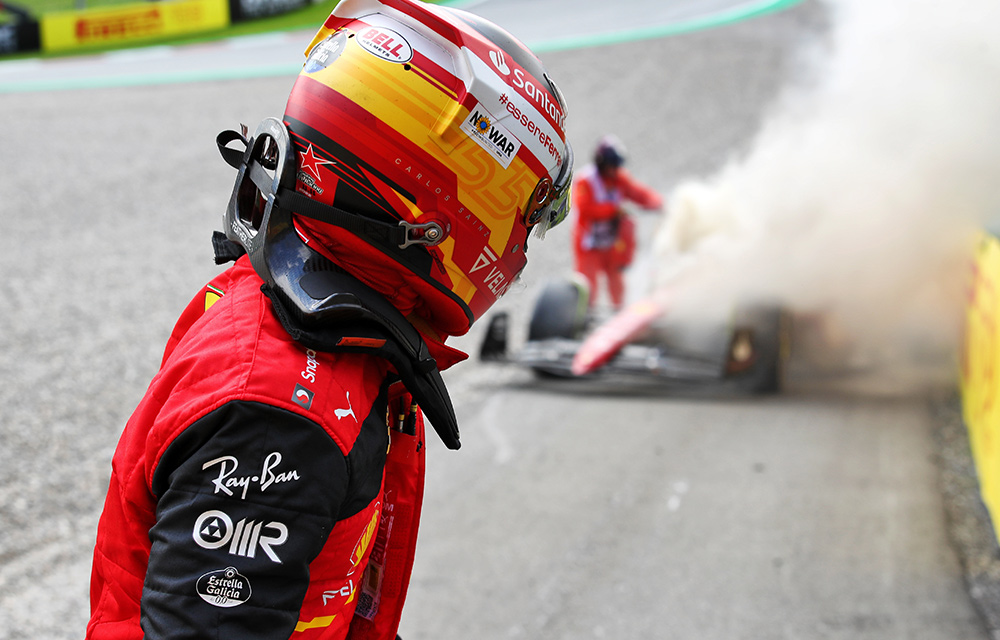