Why Does The Baku City Circuit Make For Such Good Races? – WTF1
Skip to content
×
Formula 1

Why Does The Baku City Circuit Make For Such Good Races?

The 2018 Azerbaijan Grand Prix had everything, from mixed strategies to teammate collisions. But what is about the circuit that, in the last two years at least, has made for such good races?

The fact that’s it’s a street circuit with minimal run-off is the most obvious as the smallest mistakes get punished. This is the high stakes racing we ultimately want to see and comes from the same place that yearns for gravel to be reintroduced at the Parabolica at Monza. But what sets Baku apart from other street circuits is that close racing is not only possible, but the layout actively encourages it.

The difference in nature between the low- to mid-speed sectors one and two and the full throttle final sector also creates an uncertainty in how F1 teams approach the weekend. Red Bull claimed it ran Spa-levels of downforce this year to find speed in the final sector, but this sort of setup isn’t as strong in the tighter areas of the track. Teams are always searching for an optimal balance to compensate for one sector or the other but in Baku this gets exaggerated, which can lead to a slightly jumbled running order. It’s not dissimilar to what we used to see at the old Hockenheim layout.

Then there’s the long straight. Cars sacrificing a bit of lap time in sectors one and two can reap some benefit in the final sector. Not only does this section see breakneck speeds that test the power units to the max, but slipstreaming allows plenty of opportunities for overtakes on the straight and heading into turn one. Exit speed out of Turn 16 becomes critical in this context, but unlike some other circuits, drivers don’t have to be that close to the car ahead to be able to challenge into the first corner, 2.2kms later – handy in an era where F1 cars often struggle to follow each other closely.

Despite an increase in aero and therefore an increase in dirty air generated behind the car, we saw more action in 2017 and 2018 compared to the first race hosted at Baku, which was a bit of a bore fest. The 2016 cars were easier to drive and given that it was a new street venue, strategies could have been approached more conservatively in the first year. That led to a race with no safety cars, meaning the cars were never bunched up, leading to the procession that none of us really remember.

2017 offered a new challenge. With fatter tyres, more aero and much wider cars that could be pushed harder for longer, errors crept into the weekend. The safety cars and red flag period caused some memorable restarts, and the draggier cars meant slipstreaming worked wonderfully on the long straight. The whole controversy between Lewis Hamilton and Sebastian Vettel helped, too. Last year’s race was voted as the best of the season – surely this year couldn’t live up to it?

Enter the Baku breeze of death. The winds waltzing through the medieval architecture last weekend threw drivers out of their comfort zones. Pole position was won and lost on the wind, as were some championship points in the race. Braking zones varied from lap to lap, preventing drivers from feeling too comfortable. Add to this a dodgy optimal window for the Pirelli tyres and a smattering of debris, and Baku once again became an ultimate test in 2018.

The race has emerged as a fan favourite, lending itself to drivers who can keep their cool in testing conditions. It ultimately has the sort of risk factor racing that we want from F1. Let’s hope it’s here to stay and the rumours of Miami replacing it aren’t true. 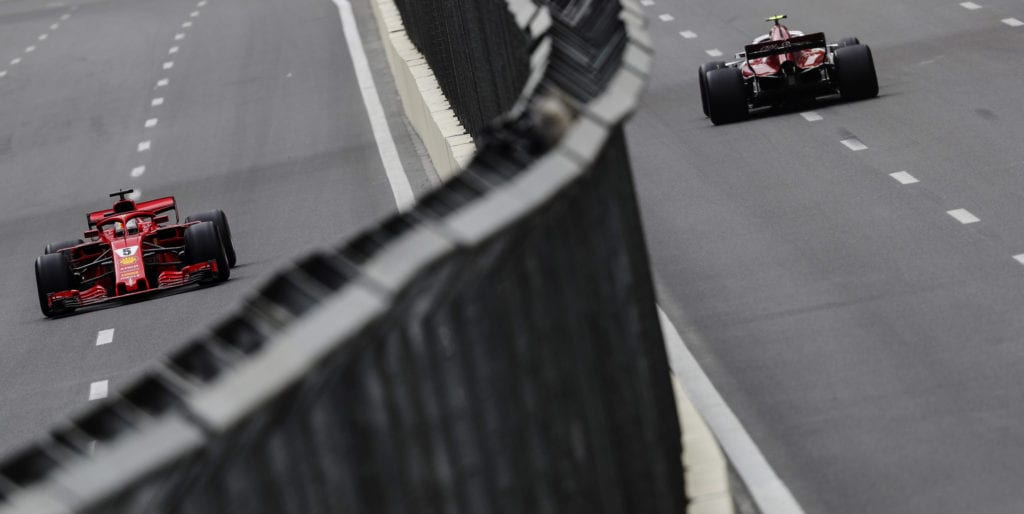