Would the new cars race as well as the old ones? Would no more pit stops spoil the racing? Would the ‘Attack Zone’ concept prove too much of a gimmick? As excited as we were for Formula E’s new generation of racing, there’s always a risk that changing things can have a negative effect on the racing.

We needn’t have worried. The opening race in Ad Diriyah had everything you could possibly want from a motor race – speed, unpredictability, action throughout the field, and a battle for the win that went down to the final lap.

Let’s start with the new cars. Yeah, they look great in pictures, but they look even better in action. They also look a lot faster – with conserving energy no longer as much of an issue, drivers were able to push the cars much harder throughout the race. That meant the cars looked as fast as you’d expect from a single-seater championship, which helps when the low speed of the old cars was a frequent fan criticism.

As for the race itself? Well, there was action from the moment pole-sitter Antonio Felix da Costa missed his grid slot and had to hastily reverse back before the rest of the field formed up. He led the early stages comfortably as reigning champion Jean-Eric Vergne made his way through the field to second and eventually taking the lead. However, Vergne (along with Techeetah teammate Andre Lotterer) got hit with drive-through penalties for technical infringements, dropping them through the field.

Further down the order, Stoffel Vandoorne caused a bit of a traffic jam after a stellar qualifying session and eventually dropped down the order, with Felipe Massa putting a lovely pass on him in the process.

The new Attack Mode sees drivers have to go off-line and drive through a special zone which grants them access to a special higher power mode. Each driver had to use it twice throughout the race, with each activation lasting for four minutes. It’s been a slightly controversial introduction, the reasoning behind it being that organisers were keen to introduce a new strategic element now that there are no more pit stops.

First impressions? Well, pretty good! It didn’t dominate the racing but there were times when it did have an effect as drivers tried to get one up on their rivals. One driver who’d probably ruing its introduction is Jose Maria Lopez. He was on course for a podium until he tried to use the Attack Zone and missed the timing beams – not once, but twice! Then his suspension broke, bringing out the safety car and changing the whole complexion of the race.

Despite being behind the safety car, drivers continued to use the Attack Mode zone – either to negate the time that would be lost under racing conditions or to try and anticipate the ending of the safety car period and get a power boost when conditions went green again.

After his penalty, Vergne had recovered well to third and with the safety car bunching the field up, he would now have a shot at trying to beat da Costa for the win. At the restart he used Attack Mode to claim second from Jerome d’Ambrosio and rapidly gained on the leader. On the last lap he made a wild attempt to claim the lead but was just too far back and had to settle for second as da Costa claimed his first win since Season One, and also gave BMW a win in its very first race.

Mitch Evans finished fourth ahead of Lotterer and Sebastien Buemi, with Oliver Rowland, Daniel Abt, Lucas di Grassi and Nelson Piquet Jr rounding out the top 10. Despite battling for points in the early stages Massa and Vandoorne ended up 14th and 17th respectively.

It was an absolutely thrilling race, also helped by the Ad Diriyah circuit which had a good mix of fast corners and plenty of overtaking spots.

Formula E has had plenty of great races before, but there’s a real feeling that this new generation of cars has helped turn it into the series it was always meant to be. It’s become genuinely exciting to watch drivers pushing the cars to the limit and although it sounds a bit silly in theory, the Attack Mode is great. When you think about it, it’s not much different to a driver in F1 pitting for new tyres – they give up a bit of lap time in order to gain lap time in the coming laps.

Toto Wolff recently questioned whether Formula E was a proper racing championship, or just an exciting event. It’s early days, but if the rest of the season is as good as the opening race was, chances are it’s an equal amount of both.

The next race takes place in Morocco on 12 January and at the moment, that feels like way too far away! 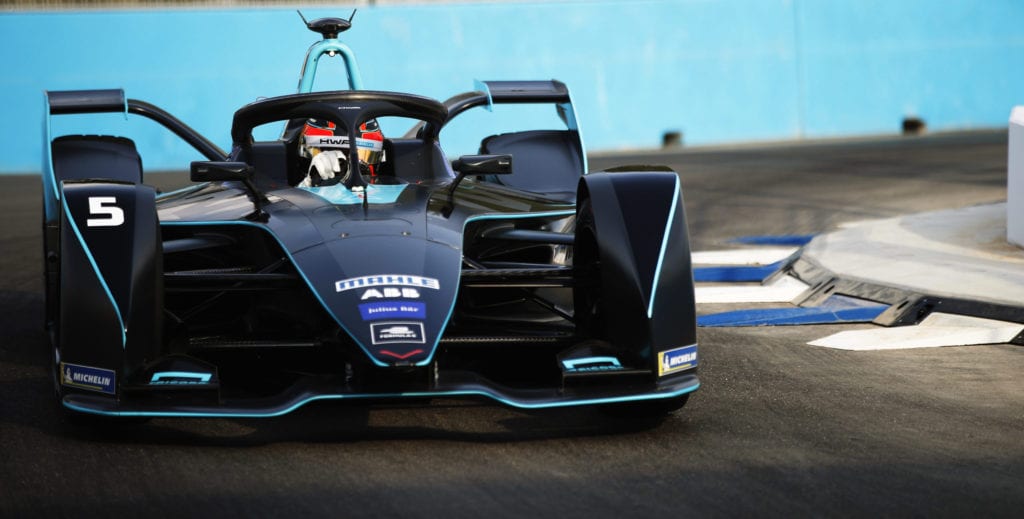