Why Formula 1 Couldn’t Win From The Verstappen/Leclerc Investigation

On the face of it, taking no action against Verstappen for supposedly forcing Leclerc off the road was the right decision. Firstly, in my opinion, there was no harm done – it was good, hard racing, and although forceful, there was no way Leclerc would have been surprised at finding himself being crowded off the track given where he’d positioned his car. That’s the kind of racing I like to see, and the sort of racing enjoyed by fans in championships such as IndyCar.

Secondly, it means the result hasn’t changed hours after the race. Verstappen got to celebrate his win with Red Bull and Honda as he should have done, and Leclerc wasn’t handed victory in a deserted paddock. He’ll get that first win eventually, and he’ll celebrate it on the podium as his national anthem rings out across the track, as every driver should.

The problem is that this year, we’ve already seen the FIA come down quite harshly and by the letter of the law on other decisions, namely those of Sebastian Vettel in Canada and Daniel Ricciardo in France. For that reason, a penalty for Verstappen would almost have been expected – I had an article about him losing the win pre-written as I was sure the stewards would rule in favour of Leclerc. If that had been the case, it would have had a negative reaction, for the reasons I’ve already mentioned.

However, in not penalising Max, you have to wonder why this was deemed a racing incident, and the penalties for Vettel and Ricciardo weren’t.

Or, in a more unlikely suggestion, has the outrage from earlier in the year influenced the decision and triggered some caution from officials to prevent a load more negative press?

Or perhaps it’s simply that although Leclerc – like Lando Norris in France and Lewis Hamilton in Canada – had to take evasive action, he did have alternative options available (back out of the move earlier, attempt a switchback etc), unlike Norris and Hamilton.

Whichever way you look at it can be bad. The first two suggestions bring the consistency of decisions into question, while the third highlights the fact that there isn’t enough transparency between the stewards and the fans that it comes to decision making.

It’s simply not enough for a short, dryly-worded statement to be released along with the penalty any more. Instead of explaining the decision in isolation, there needs to be mention of similar incidents which resulted in the same action – perhaps something like this:

‘The stewards looked at similar [alleged infractions] from four past races and in the first three of those, [drivers B, C, and D] also went unpunished. [Driver E] was penalised in [race 5] for something which looked very similar to the incident in [race 1], but that was different to the other scenarios because [reason] in accordance with [these rules].’

Having the same panel of stewards at each race would help, too. Stewards have an utterly thankless job and the idea of rotating them is to prevent any biases but it doesn’t matter how well-trained or impartial they are, there will always be inconsistencies in interpretations, opinions, thought processes and what have you. Keeping them the same at each race would go some way to eliminating that, and these days they’re all consummate professionals who would never give into biases or personal views, so that shouldn’t even be an issue.

The worst thing about the investigation was that it became the dominant story of the weekend. After the race, all fans were talking about was whether or not Verstappen should be penalised and questioning why it took over three hours to reach a decision.

F1 desperately needed a good news story and we got one. The Austrian GP was comfortably the best race of the year and in my opinion, is up there as one of the best races in the hybrid era. Verstappen’s drive might even be the most impressive victory by anyone in years – yes, he fluffed the start, but he quickly got back to the leading pack, all while saving his tyres enough to run longer than anyone. He lapped his teammate and apart from Hamilton, he made every one of his positions with an on-track pass. He also made up all the time he lost at the start with pace and strategy, without having to rely on a safety car to close the pack up.

And he did all of this in a car which doesn’t have the straight-line speed of Mercedes or Ferrari – yes, Mercedes had to nurse overheating cars, but Ferrari easily had the quickest car this weekend which meant he had to get creative with how he passed them. He made his passes quickly and decisively and didn’t get stuck behind anyone for too long, risking overheating his own car or destroying his own tyres. Despite stopping for fresh softs towards the end, Vettel couldn’t beat the fastest lap set by Max on hards. Apart from the second when the lights went out, Verstappen was pretty much flawless.

It wasn’t just Max worthy of mention, either. Barely a couple of years ago Honda was still a massive meme, struggling to perform with McLaren. Nine races into its Red Bull partnership and its won a race – and shown superb reliability.

Vettel recovered superbly following his car issues in qualifying. Norris battled Hamilton for third on the opening lap and finished a superb sixth. Kimi Raikkonen brilliantly held off Pierre Gasly for ages. Carlos Sainz went from 19th to eighth, Antonio Giovinazzi scored his first career point, and George Russell beat a Haas. Heck, Robert Kubica somehow won the Driver of the Day vote, but it was overlooked because for the third time in four races, a five-second penalty threatened to have an effect on who won the race. This sort of thing hardly ever happens in other championship but it’s becoming normal in F1, and that’s just not OK.

The most positive option would have been not to investigate the incident at all but even then you’re back wondering about stewarding consistency.

Here’s hoping this is the start of the realisation that penalties aren’t the answer. Formula 1 needs to have a good, hard look at whether it wants to continue to regulate the racing as tightly as it regulates the cars, or just… you know, let them race. Because racing isn’t a black and white issue, it’s pretty much just one big grey area.

And that’s part of what makes Formula 1 – and all motorsport, for that matter – so exciting. 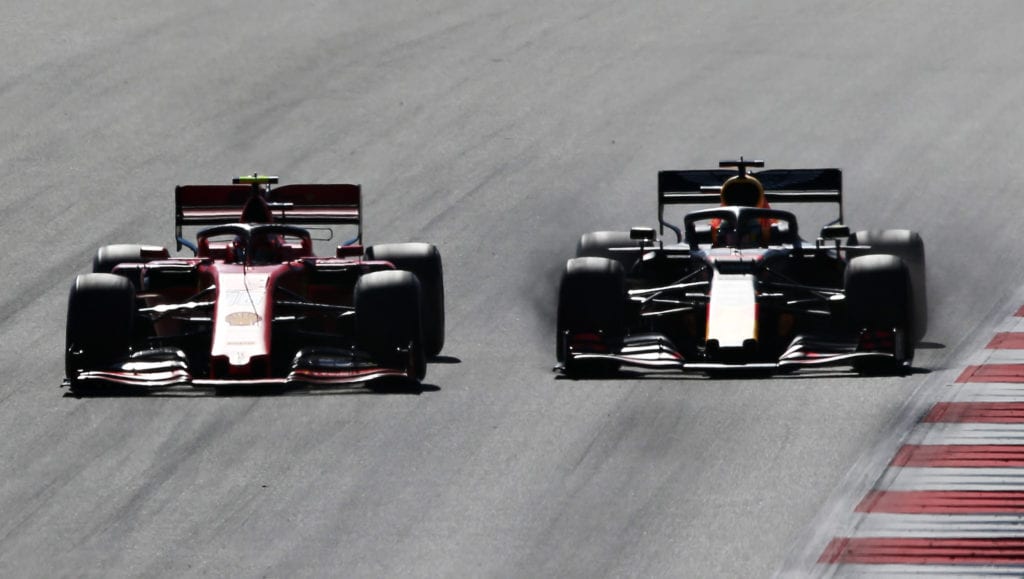