Why Formula 1 Needs To Do More With The Monaco Grand Prix – WTF1
Skip to content
×
Formula 1 , Opinion

It’s the jewel in the crown, the blue riband event, the one everyone wants to win. But you can throw all the clichés and euphemisms you like at the Monaco Grand Prix, it doesn’t stop it from being… well, underwhelming. Especially when you compare it to the other two legs of the motor racing unofficial triple crown – Le Mans and the Indy 500.

Don’t get me wrong, the track is a challenge and the history speaks for itself. The races are often incredibly dull, but that’s par for the course at Monaco and something we’ve come to accept. But in the grand scheme of things it’s just another Grand Prix. No one really thinks about it until after the Spanish GP, once it’s all over it gets forgotten about for another year, and aside from a bit of personal pride drivers don’t really get any special recognition or reward for winning it.

It may be one of the most interesting races of the season, but it should be so much more. Just look at the Le Mans 24 Hours and Indianapolis 500. Both of them are the absolute focal point of their respective championships and the build up to them is huge. Both also have very different rules and regulations to their respective championships: grids increase in size, the races are longer, more testing is allowed; the entire format of the events is completely different. Monaco has practice on a Thursday instead of a Friday… big whoop,

As part of the Triple Crown Monaco is also far too exclusive. Pretty much any racing driver can enter the Indy 500 or Le Mans as a one-off, but these days the only chance anyone has of winning at Monaco is by having an entire F1 career, drastically reducing the pool of people who can realistically go after the Triple Crown, let alone win it.

F1 is currently six cars short of a having a full grid. Whilst those spaces are empty, why not open those up at Monaco to some one-off entries? Make each team run an extra car for the race and hold a separate qualifying session for them with the top six going through. This would either allow young drivers to have a chance or people from other championships to come and have a go.

Of course for maximum effect there would have to be some effort from the FIA to ensure that it doesn’t clash with other top championships, but if that means holding the Monaco Grand Prix a month later then so be it. Imagine if the likes of Scott Dixon, Sebastien Buemi, Andre Lotterer or any other top driver from another category had a competitive drive at Monaco? The attention that would bring would be enormous.

Obviously the modern super licence rules would restrict who can enter, but that could be relaxed for Monaco. Hold a rookie session the week before where prospective drivers have to prove they can lap the track safely at a competitive speed, much like the sort of thing they have at Le Mans (for night driving) and at Indianapolis.

Whenever F1 drivers go off to have a crack at Le Mans or the Indy 500, the attention those races get is even more amplified. Why shouldn’t Formula 1 be able to potentially benefit from that crossover appeal?

The biggest thing that needs changing about Monaco however is the race itself. It needs to be given more significance in the context of the all the other Grands Prix, and one way that could be done is with double points.

Now before you scroll straight to the comments section to let me know how stupid double points are, know that I agree with you. Why should one race arbitrarily give double the reward of other races? We had that with Abu Dhabi in 2014 and it was absolutely atrocious. If you’re going to give out more points for a race, then surely that race should be longer. See where I’m going with this?

That’s right – make the Monaco Grand Prix longer. Maybe not quite double the length because then we’d be looking at four hour races (which is too much), but it could definitely be longer. 120 laps? 130 laps? The longest IndyCar races can take over three hours, and at Le Mans drivers do stints of over three hours, so I see no reason why Monaco can’t be brought into line with those two. Cars would obviously need to stop for fuel at some point, but I’m sure there’s some way to solve that without resorting to any drastic measures.

It isn’t just the races which make Le Mans and the Indy 500 so special though, it’s the whole build up to them. And it’s not just the events and parades that happen in the days and weeks building up to them, but the race day itself. The Indy 500 is particularly good at this, with the driver introductions before the race being a particular highlight. Just listen to how electric the atmosphere is!

Admittedly Monaco isn’t exactly the most ideal place for something like this, but F1 would do well to draw inspiration from other championships (and with Liberty Media in charge it looks like that might be starting to happen). Not only does this give the fans a good look at the drivers, but each driver gets their own moment in the spotlight.

Speaking of putting the drivers into focus, I think Monaco is one race where one-lap shootout qualifying should be brought back. As good as the current quali format is, getting to see how each driver puts together their one all-out qualifying lap around the streets is something I really miss. It also increases the likelihood of slightly mixed-up grid, which at Monaco can only be a good thing.

With the sport well and truly into a new era surely now is the ideal time for Monaco to become an event worthy of its history and prestige. Not just because it’s fallen behind the likes of Le Mans and the Indy 500, but because it would at least go some way to mitigating the complete borefest the race has turned into.

Would you like to see Monaco become a more unique event and if so, what would you do? Let us know in the comments! 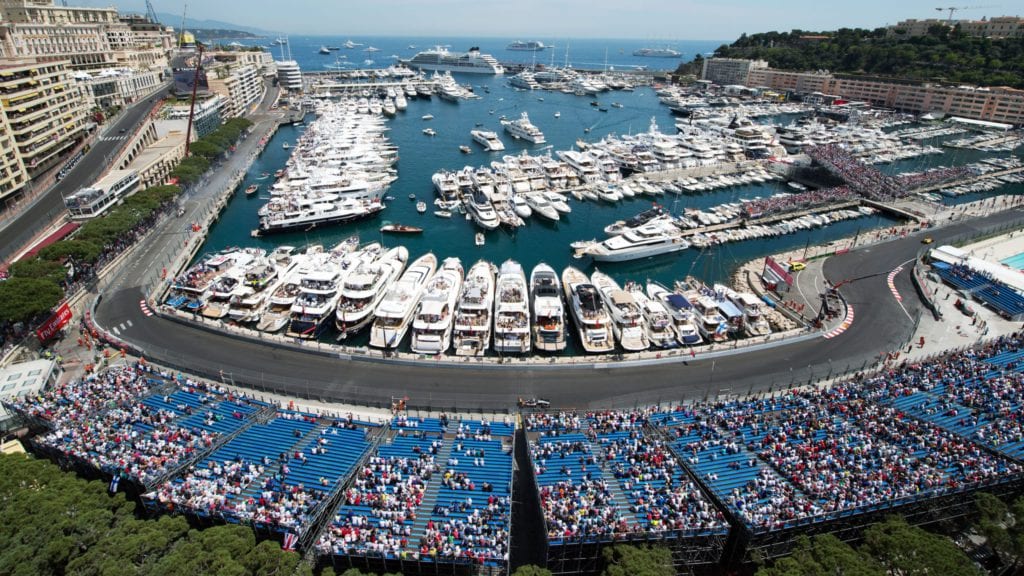