Why Formula 1 Needs To Have Fewer Races In A Season, Not More – WTF1
Skip to content
×
Formula 1 , Opinion

Why Formula 1 Needs To Have Fewer Races In A Season, Not More

Liberty Media has done lots of good things for Formula 1 already. The increased social media freedom and fan access at races have been small but simple changes which have instantly brought the sport up to date. Ross Brawn has spoken of the need to reduce artificial gimmicks like DRS, promote natural racing and make plans that are put into place over several years instead of making knee-jerk reactions to problems that don’t exist.

His idea to have open scrutineering is a simple way to try and bring the field closer together, and his proposal to have a non-championship race where the sport can test new ideas is genius. In fact, off the top of my head, the only thing F1 has done recently which I don’t like is the decision to ban shark fins on aesthetic grounds.

F1’s commercial director Sean Bratches has recently said that he wants the calendar to have more than 21 races in 2019. In my opinion, 21 races (as there were in 2016, and will be in 2018) is already verging on too many.

Ignoring the silly championship system, one of the big reasons I don’t watch Nascar is because there are too many damn races. It’s pretty much one every single week from February until November for a total of 36 races. If a driver has four or five bad races it doesn’t really matter because there are 30 more chances for them to make it up. And because the season never really stops until it’s actually over, it never feels like it really gets started either. It just sort of happens in the background. Nascar is the white noise of motor racing.

But the biggest issue I have is that when there are so many races in a season, individually their meaning becomes almost irrelevant. Nascar visits plenty of classic circuits and has some very big races, but aside from the Daytona 500 (which retains significance because it’s the first race of the year) they all just seem to get lost in the swamp of other, less meaningful races.

If F1 adds too many more races it’s in danger of slipping into the same issue. Last season there was a period where there were six grands prix in eight weekends and in the blink of an eye, almost a third of the whole season was gone. No time to reflect on a race that had just happened, no time to get hyped up about an upcoming race. They just sort of… happened.

I know we all love Formula 1, we love watching the races, and we get frustrated at having to wait through the off-season or summer break. ‘What do you mean there’s a three-week gap until the next race? I can’t wait that long!’ But I actually really like that wait. The anticipation that builds in the weeks between races is all part of the drama and as a result, the race feels like it really means something. With every extra race added to the calendar, that meaning diminishes slightly.

I know why they want more races. F1 is a global sport, yet there are plenty of untapped markets. The USA arguably needs two races (or maybe even three), South America could probably do with another one, and there hasn’t been a grand prix on the African continent for a quarter of a century. But you also need to retain the sports’ European roots, and trying to squeeze all that into one season should inevitably mean the calendar has to expand.

And it would mean that the calendar has to expand – but only if you kept the dud races we already have. Get rid of a few of the worst ones and there’s so much space to not only go to new markets but also to go to more interesting circuits.

Looking at the current calendar I’d get rid of the bore-fests in Sochi, Baku and Abu Dhabi straight off the bat, not least because they serve as a reminder of Bernie’s ‘give me money and I don’t care about the rest’ attitude. For the same reason I’d love to say Bahrain should go too but the racing there is often very good, and that’s ultimately what matters most.

Add Malaysia (which is sadly dropping off the calendar after this season) to those three and that instantly frees up four spaces. Two of those slots get filled with the returning French and German races, and the other two can be taken up with a race in South Africa (at the recently-refurbished Kyalami circuit) and a return to Argentina. There’s even room for a bit more variety if Singapore alternated its race with a street race in the USA and Germany alternated with, say, a Dutch GP at Zandvoort.

That makes for a still-swollen 20 races per season but honestly, what more do you need? Ideally, I’d like to see F1 go back to just 16 or 18 races, but that isn’t really possible without either getting rid of classic European races or dropping some of the newer tracks that actually produce good racing.

What makes this whole thing even funnier for me is the fact that the FIA is trying to collaborate more with other major championships to ensure that there are fewer clashes. That’s barely going to be possible with the number of races the sport currently has and if more grands prix are added then it’s going to verge on the impossible!

I understand that Liberty Media wants to shake the sport up a bit and that it’s probably just in the process of throwing out lots of ideas to see what sticks, but chasing two diametrically opposed goals at the same time seems like a bit of an oversight.

Then there’s the extra strain more races would place on the teams. The personnel are already having to put up with a lot of time away from home and their families, how do you think they’d feel being told that they’ll be spending even more time away? Of course, teams could rotate who goes to the races, but that all adds to difficulties in terms of logistics and finances – fine for the likes of Mercedes and Ferrari, less so for smaller, less well-funded outfits such as Sauber and Force India.

Does wanting fewer races make me a bad F1 fan? Am I just becoming a grumpy old git who’s resisting change for the sake of it? I don’t think so, but I’d love to know what you all think.

Would you enjoy having more races and if so, why? Let me know in the comments! 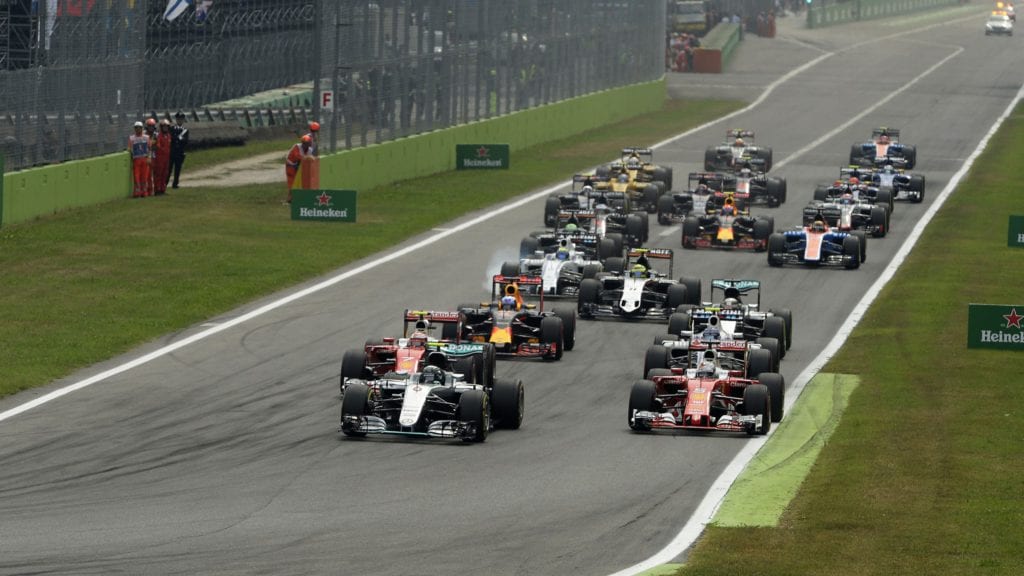