Season 5 of Formula E is almost upon us and we don’t think we’ve been this excited since the series started back in 2014. The new cars not only look incredible, but with power rising from 220kW to 250kW, they’ll also be a fair bit quicker, and will be able to run for an entire race. Hooray! No more car swaps! Manufacturers are continuing to join the sport, too, which means there will be more teams this season. And as ever, there’s plenty of amazing driving talent.

The introduction of a wacky ‘Mario Kart’ mode in races – where drivers will be able to access a higher power mode by driving into a special zone on the circuit – has gained lots of attention, because it’s quite a wild concept for an actual motorsport series to adopt. As a rule, it’s a bit of a fun novelty, but there’s another rule change which could end up having an even more drastic effect on the races.

In Season 5, races won’t be run to a set number of laps. Instead, they’ll last for 45 minutes, plus one lap. You might not think that’s a huge difference – after all, plenty of races in other series run to time instead of lap. But earlier this year when we asked Jean-Eric Vergne about the upcoming season, he explained why it could have a massive effect on the racing. He told WTF1:

“The racing will be completely different – not because of the more powerful car, but because the race format will be different, 45 minutes plus one lap. So if the first guy crosses the line at 44 minutes 59 and everybody thought he was going to cross beyond that, the race is going to be two laps extra long.

“But if he crosses at 45 minutes it will be only one more lap. So you might see drivers not even finishing the race, or finishing with a lot more energy and biting their nails and thinking ‘I could have spent more energy and gone faster in the race’.

Plenty of times in the past we’ve seen the huge difference it can make when a driver doesn’t have enough energy. The Mexican ePrix in Season 3 was utterly wild because Jerome d’Ambrosio was holding everyone up as he tried to make it to the finish, while in Paris last season we saw an energy-light Andre Lotterer slow down so dramatically in the last few corners that he lost two places as Sam Bird crashed into him and ended up crossing the finish line on three wheels.

And that was when the drivers and teams knew exactly how long the races were going to be. This season, that won’t be known until the closing stages of the race, which will probably lead some to err on the side of caution.

That could leave the way open for some drivers to take a bit of a gamble and push harder throughout the race. And if it goes wrong, they’ll suddenly be slowing down in order to reach the end. And if those who were saving energy in the early stages suddenly realise the race is going to be a lap shorter than expected, they’ll start to up the pace. If you’ve got two drivers in this situation, that’s potentially exciting. If you’ve got 10 drivers… well, let’s just say it could be more than just strategies which end up colliding in the final laps. 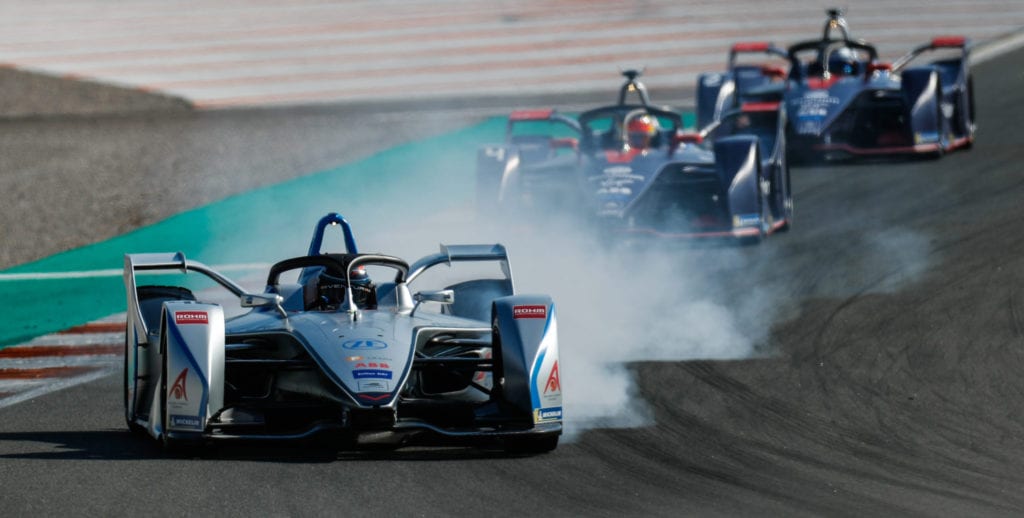