Why Hamilton Shouldn't Have Been Penalised For The Albon Crash - WTF1
Skip to content
×
Formula 1 , Opinion

Why Hamilton Shouldn’t Have Been Penalised For The Albon Crash 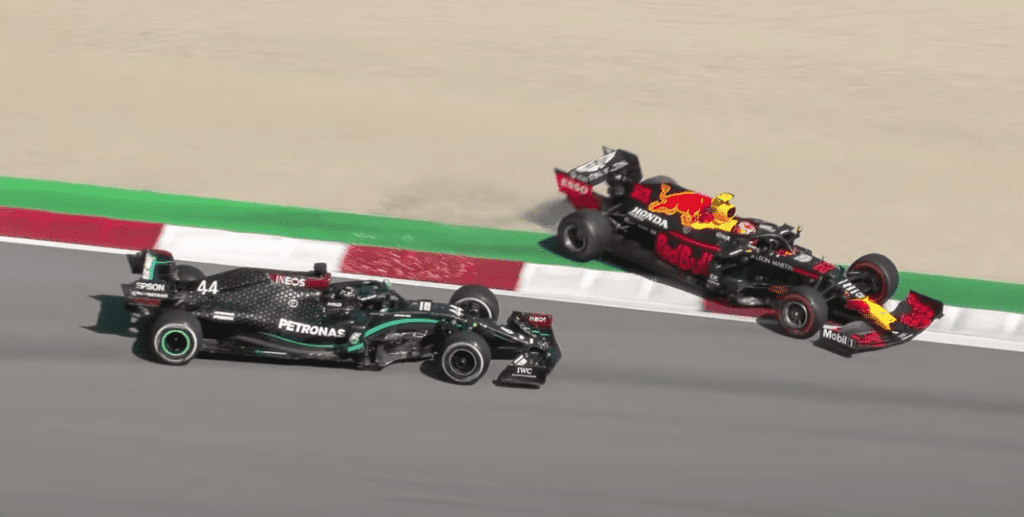 Albon was understandably fuming at the incident, while Hamilton and Toto Wolff didn’t feel the penalty was justified. But drivers blaming the other guy is always going to be the case in close calls like this.

At first glance, Hamilton being given a five-second penalty looked like the right call. It’s the smallest time penalty the stewards can issue and, given that Hamilton’s car was the one that ran into the Red Bull and caused it to spin, it seemed a fair call. 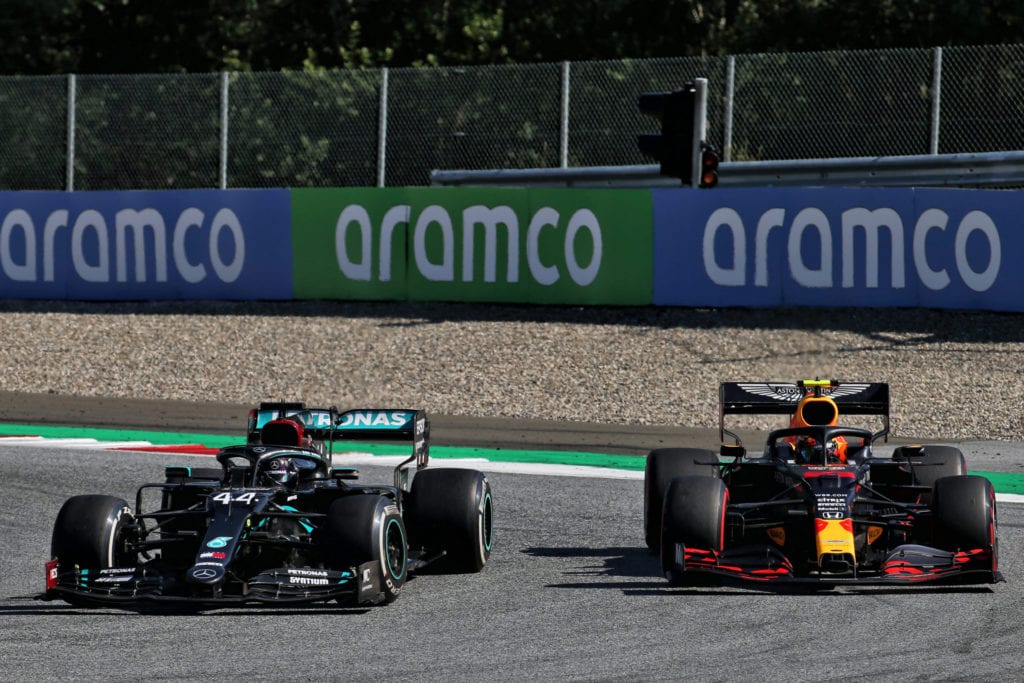 In the collision between the two in Brazil last year, Hamilton was definitely to blame. He misjudged an overtake in a slightly unusual place and spun Albon around. An honest mistake with no malice and, as the sole instigator of the crash which cost his rival a podium, he deserved his five-second penalty.

But on this occasion, I fail to see what Hamilton’s mistake was. He’s defending the inside and knows Albon is there, but at no point does he attempt to squeeze the Red Bull driver, or open up the steering, or lose control of the car. The Mercedes has pushed wide, yes, but that’s to be expected on a downhill, off-camber corner on the restart of a race by a car that’s running old, cold, hard tyres.

You could argue that if Hamilton had slowed down on the exit – like he did when on the outside of Albon at the same corner on the opening lap – maybe he’d have missed him. But those two situations were very different were very different and you can’t apply the decision making then to what happened with 10 laps to go.

Besides, there would have been no reason for Hamilton to think he needed to slow down and avoid an accident. He believed he’d left Albon more than enough room on the outside… and watching back, he kinda had. 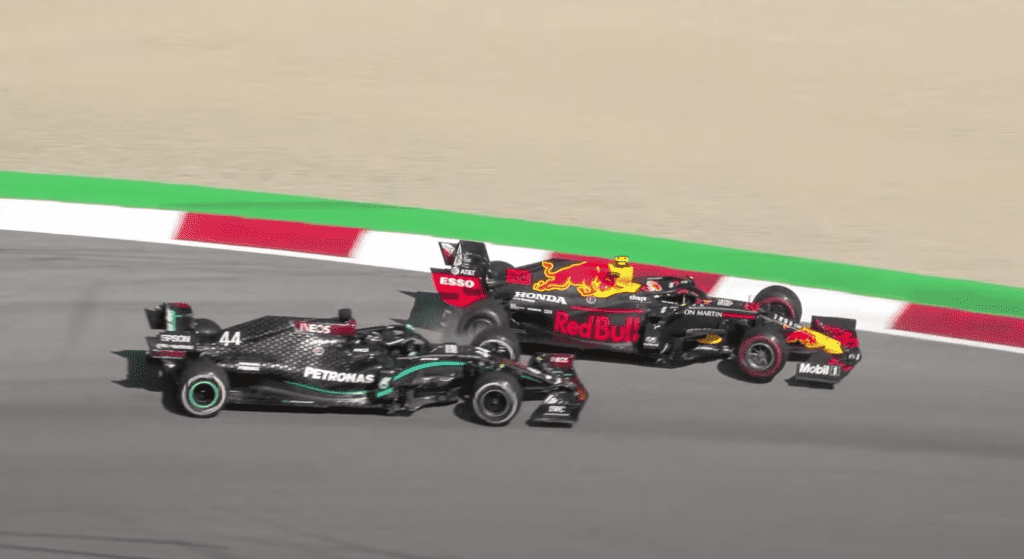 Even accounting for the extra understeer on Hamilton’s car, Albon had a good half-a car’s width at least on the outside available to him if he’d used the kerb. But for whatever reason, he elected not to use the extra space, and a line in his post-race interview with Sky suggests what that might be:

“I felt like I did the move already. I was kind of already focused on Bottas in front. It was so late, the contact.”

Did Albon misjudge how quickly he’d passed Hamilton? Did he divert his focus away from the overtake too soon? Outside overtakes are always incredibly risky, which is why they’re so brilliant when a driver manages to pull one off. It’s certainly not Albon’s fault, but nor is it really Hamilton’s. The collision seems to be the very definition of a racing incident.

Albon is only just starting his second season as an F1 driver and is still relatively inexperienced. The willingness to go for those risky moves and take the initiative is part of the reason why Red Bull chose him over Pierre Gasly. There was nothing wrong with his move. He was going for the win, he rolled the dice with a risky overtake, and he lost. What’s really surprising is that in a way, Hamilton did the same. 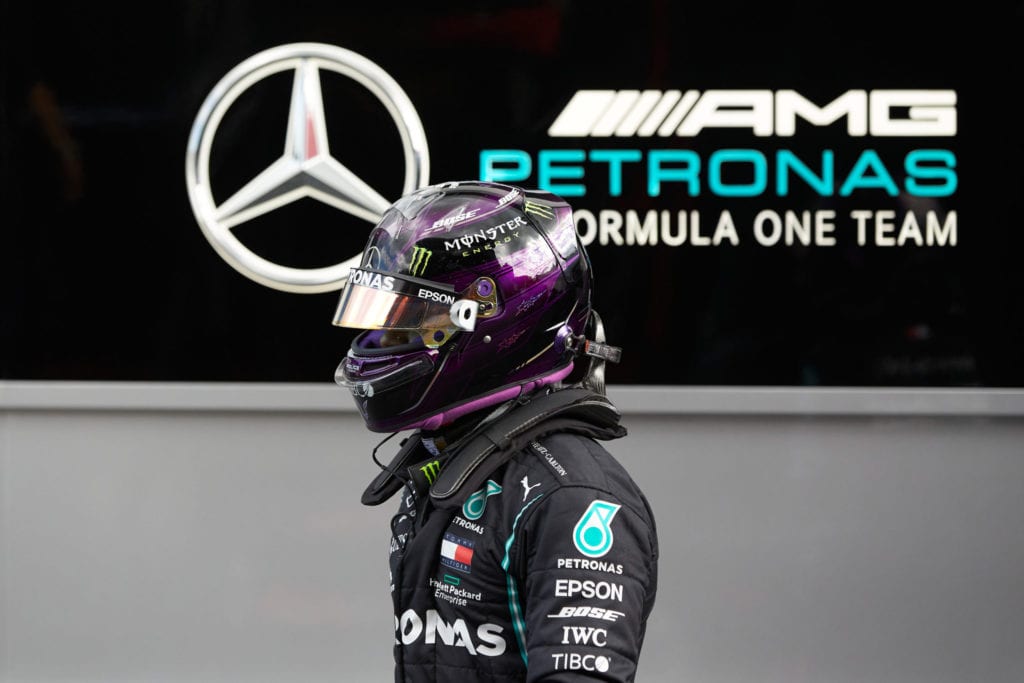 Part of experience is learning how to pick and choose your battles and it’s something Hamilton has spoken about before. Remember when Esteban Ocon took Max Verstappen out of the lead while unlapping himself at Brazil in 2018? That incident was 100 per cent Ocon’s fault, but after the race back then, Hamilton had a few interesting things to say about Verstappen’s actions which he’d learned through his own experiences.

“You had more to lose than he did. He had nothing to lose, and you had it all.”

“You’ve got to assume, you’ve got to acknowledge the fact that he may be there so I’m going to leave extra space. Because actually he’s in a different race to me.”

Hamilton hasn’t taken his own advice on this occasion. Albon, on fresh soft tyres against the old hards on the Mercedes, had far superior pace. Hamilton will have known that. Pace-wise, Albon was arguably in a ‘different race’.

Albon probably isn’t going to be a championship contender this year and so he was willing to take that risk to go after his first win. He had ‘nothing to lose’. Hamilton, in a car that’s the class of the field, only really has to fight his teammate for the championship. He was already being beaten by Bottas in a race that had already become one of damage limitation, yet he decided to fight perhaps a little too hard in a battle with Albon that he wasn’t going to win. In that context, Albon had far less to lose than Hamilton.

Hamilton is a very intelligent guy and surely would have realised that if Albon could pass him, he could get Bottas too. An Albon win would have meant that Hamilton only lost three points to Bottas. Instead, he’s now lost 13. 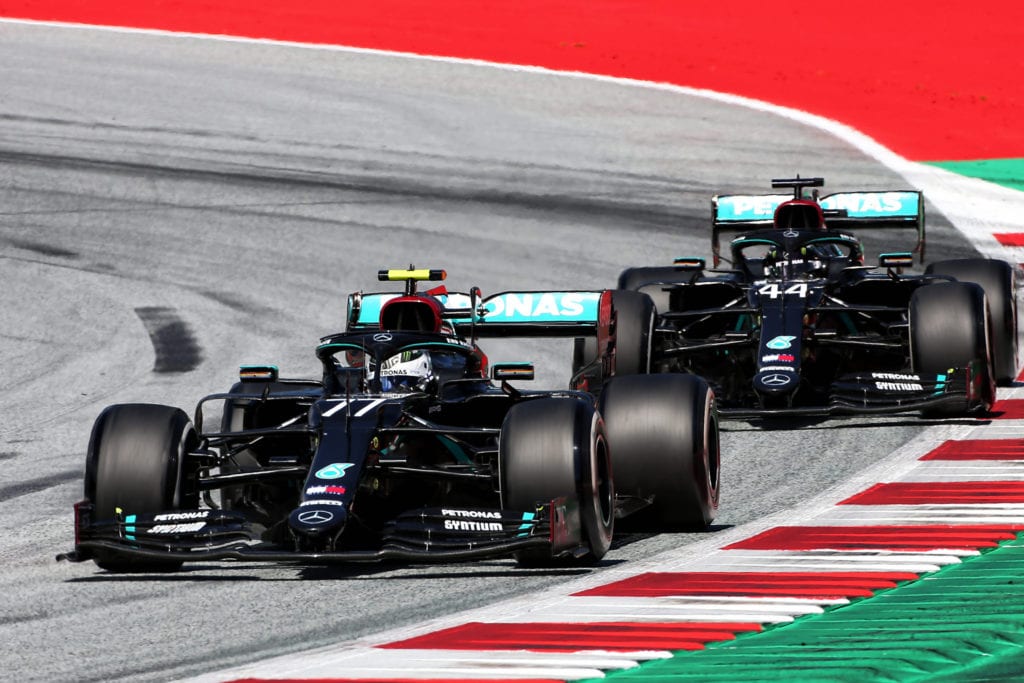 I’m never going to criticise a driver for fighting for a position But in the same way that Albon could have been more patient in waiting for a chance to overtake, Hamilton could have been a bit savvier and given Albon a bit of an easier ride past him. By fighting a losing battle, Hamilton got himself a five-second penalty and two points on his licence (which brings him within five points of a race ban).

It could have been even worse – that contact could have resulted in a puncture or some sort of suspension failure. The reason that Hamilton’s errors (don’t forget that he missed/ignored yellow flags in qualifying too) are such a talking point is that he’s usually so good at not putting himself in these sort of scenarios.

Albon cost himself dearly with a risky overtake. But, in a shortened season where points are more critical than ever, Hamilton’s lack of awareness could mean that he’s one who ultimately ends up paying the higher price.