Why Is Baku’s Turn 15 Catching So Many Drivers Out? – WTF1
Skip to content
×
Circuit , Crash , Formula 1
1 comment

Why Is Baku’s Turn 15 Catching So Many Drivers Out?

Baku treated us to another crazy qualifying session with crashes and mistakes throughout. In total, we had 25% of the field in the wall. Insane! One of the riskiest zones on the track has been the hugely tight Turn 15 in the final sector.

So, why has it caught so many drivers out?

In the first 10 minutes of qualifying we had TWO crashes at that very corner!

The first was Lance Stroll, who smacked his front right wheel off. Nightmare. Then, just a few minutes into the restarted session, Antonio Giovinazzi joined him. Unfortunately, Antonio had a tiny lock-up of his front left tyre and caught some understeer before being collected by the wall, tearing the car apart.

In practice, the corner also took no prisoners. Charles Leclerc knocked off his front wing when he went in headfirst in FP2, and on Saturday morning, Max Verstappen slid into the wall, which broke his front suspension and ended his practice half an hour early.

Lance locked the front right tyre after going in too hot, and Antonio blamed the wind for the crash he had, saying it made the car a little harder to drive. Charles said he was “too comfortable” in his Ferrari car and was pushing the limits.

So, why has Turn 15 invited so many crashes this weekend? Other than the fact that it’s a really tight street circuit. Well, there’s a lot more that makes this particular left-hander a right handful.

One of the first reasons Turn 15 is so challenging is the braking zone beforehand. There is a significant bump in the track in the downhill braking zone which means the tyres can lock up incredibly easily. This is because they’re losing contact with the track surface, and then the drivers don’t get the grip to slow the car down and take in too much speed. The locked wheel means that the car won’t go any slower, so essentially, drivers can’t take the corner by then.

A few times over the weekend, a driver has locked up and made it through the corner, but mostly they would go into the escape road.

On top of that, the corner has only got a little bit of runoff, and drivers have to decide early if they will use it. The runoff also bends round in an awkward direction because the people of Baku chose to build some funky roads back in the day.

A decision has to be made about 50 metres before they reach Turn 15, so the driver needs to decide if they will take the corner. Once the driver has committed, they can’t back out. So it’s really ‘win it’ or ‘bin it’ kind of stuff.

Okay, so the success to Turn 15 is entry? Well, actually, no. There are a few more technicalities to overcome mid-corner.

The undulation through the corner means the apex is off-camber, which basically means the road is at an angle that unsteadies the cars and tips them off the trajectory they want to take.

Drivers have to wrestle this and carry speed all simultaneously, which is why they brush right up to the wall if they’ve done it perfectly. It takes guts to get right up to a wall and want to speed up.

In comparison to another eventful corner in qualifying, Turn 3, Turn 15 is blatantly much harder. Turn 3 is a more straightforward 90° left-hander with runoff that matches the straight beforehand.

All the crashes there were because of cars being greedy and taking in way too much speed. That’s what ended qualifying for Yuki Tsunoda and Daniel Ricciardo.

Turn 3 is inviting the drivers in. They have the confidence to try more and more speed, whereas Turn 15 needs to be treated with a lot more patience. It isn’t just a case of braking a bit later; the braking needs to be measured in such a way to negotiate the track surface.

Do you think there will be a crash at Turn 15 during the race? 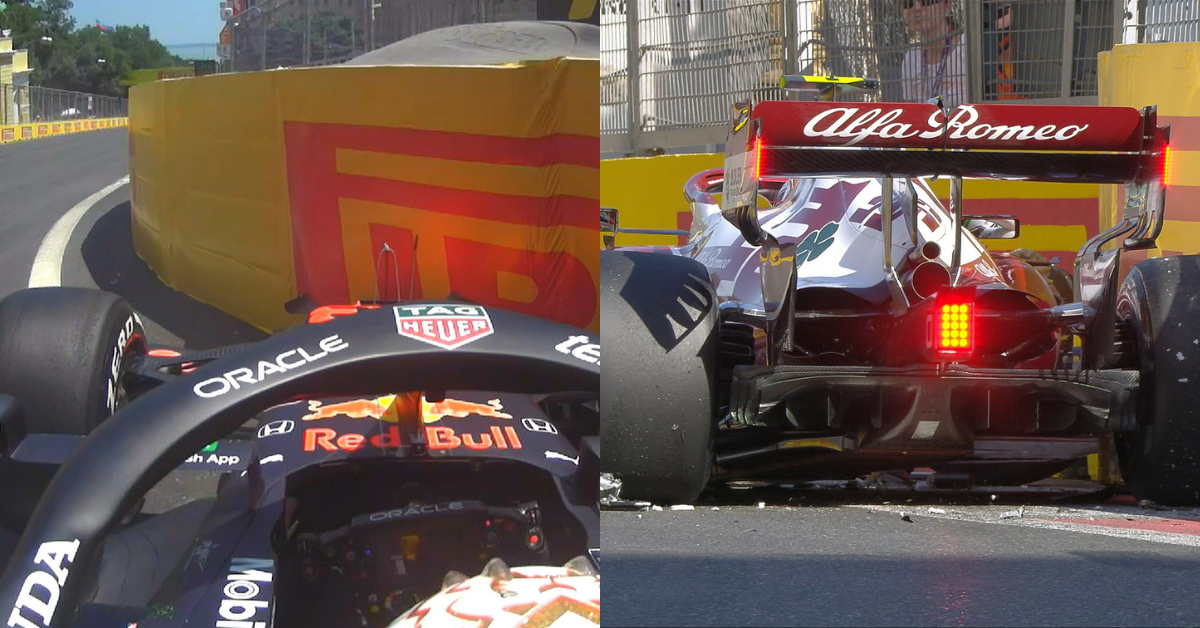