Why Is It Taking So Long To Announce Who Is Driving The Mercedes? – WTF1
Skip to content
×
Formula 1 , News
2 comments

Why Is It Taking So Long To Announce Who Is Driving The Mercedes?

As we approach the final race weekend of the 2020 F1 season, there’s one question on everybody’s lips at the moment; when will we find out who’s driving the Mercedes? With it being either Lewis Hamilton or George Russell, we’ve broken down why it’s taking so long to get an answer.

With Lewis’ withdrawal from the Sakhir Grand Prix being announced on the Tuesday of last week, and Russell’s confirmation a day later, many believed finding out who would be driving the Mercedes at the season finale this weekend would be of a similar time scale.

This has not been the case, and even by Thursday evening we have no news on who will be driving the championship-winning car this weekend. Come on already!

George Russell showed up at the paddock on Thursday dripping in Mercedes team wear, and even participated in the traditional Media Press Conference as the representing Mercedes alongside Valtteri Bottas. The same goes for Jack Aitken, who filled Russell’s place at Williams last weekend.

However, it’s still Lewis Hamilton’s name above the garage. So, how come we’re just hours away from FP1 and we still have no news on who will be driving the car come Sunday?

Well, Mercedes and the FIA have made it clear that Hamilton can be absent from both practice sessions on Friday. As it’s understood, Hamilton is still isolating in Bahrain so it seems likely that Russell will take part in these two sessions in his place.

According to the FIA rulebook, Hamilton must take part in either Saturday practice or qualifying to earn his place in Sunday’s Grand Prix. If time restricts that from happening, the metaphorical car keys will be placed in the possession of Russell.

Hamilton told fans on social media that he woke up feeling “great” earlier in the week, but didn’t confirm if he was testing negative for COVID-19.

“I know I’ve not been in touch this past week but it’s definitely been one of the hardest weeks that I’ve had for some time,” Hamilton said in the video clip.

“I’ve just been focusing on recovering and trying to get back in shape so I can get back in the car and race in Abu Dhabi.

“I woke up today feeling great and got my first workout in so I just wanted to send you guys a message of positivity, let you know I’m okay and thank every single one of you for sending me the amazing messages and videos.

“I hope that I can get back in the car soon.”

Love and appreciate you all🙏🏾 pic.twitter.com/Y4qs5sYlYg

He’s having to serve his minimum 10 days of quarantine in Bahrain, meaning that the earliest day he could fly to the circuit is on Thursday. At the time of publishing, it is not known if Hamilton has made that journey yet.

Abu Dhabi have also brought into effect the toughest COVID-19 rules that F1 have experienced in its rescheduled 2020 calendar. Creating a ‘biosphere’ environment, the F1 circus have been granted a special pass to hold the Grand Prix at the Yas Marina Circuit.

As per the protocol, that has been in place since the start of the season in July, all individuals that are working in the F1 bubble have had to take regular COVID tests. To be able to attend the event in Abu Dhabi, you need to have spent at least a week in Bahrain for either the first or second race or observe a 48-hour quarantine if you’re travelling directly from Europe.

Even with a recent negative test from Bahrain, all arrivals will then also need to take part in another COVID test when at the airport in Abu Dhabi.

Hamilton would need to enter the biosphere in place for the Grand Prix via a private jet, and even then requires permission from the government as all personnel arrived on Monday via ten charter flights or private jets.

With all these rules and regulations in place, it is understandable that the decision on who will be in the car come Sunday is taking so long. If Hamilton has tested negative, as I would suspect as there has been no indication otherwise, Thursday is the first day that his mandatory quarantine ends, and from there will need to organise travel and further COVID-19 tests to be allowed in Abu Dhabi.

Rather than thinking, “I will just have a rest” like most of us would, Hamilton and the rest of the F1 grid are a different breed and will want to be back in their cars the first opportunity they can. If that means Hamilton arrives at the track just hours before the start of qualifying, so be it. 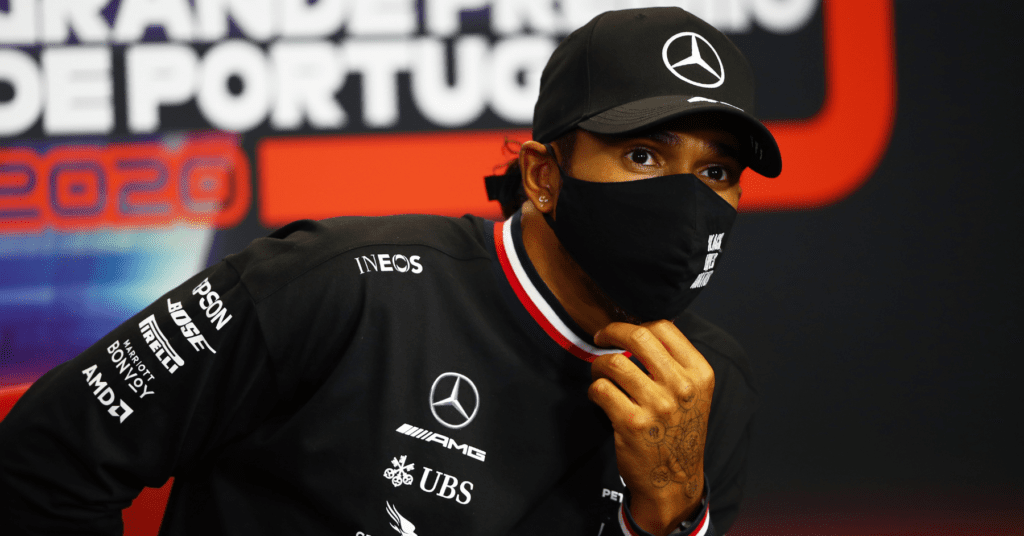