Why Is The FIA Taking Apart A Random Car After Every Race? – WTF1
Skip to content
×
Feature , Formula 1 , News
3 comments

Why Is The FIA Taking Apart A Random Car After Every Race?

F1’s governing body, the FIA, can now choose a random car after every race to take to pieces and inspect. To ensure that all the rules are being followed, they will do “deeper technical checks” to make sure the car is legal.

The FIA and the team of scrutineers can now clearly understand all of the fancy technical details that are hidden underneath the car’s bodywork.

The new checks let them do a “deeper disassembly, conformity checks and checks of software and systems.” So taking it all apart and making sure everything is allowed in the rules. This inspection doesn’t include the power units.

The rules are also being brought in to make sure teams are paying attention to the new cost cap of $145 million. The FIA wants to know how cars are being developed under the restrictions to make sure no one is spending more than they should.

The exact rules of the cost cap are only known to the teams and aren’t made public by the FIA, but the thinking is that if a car is way more developed than their rivals, there could be enough reason for an investigation into a team’s spending.

There is no punishment yet for the cost cap, so teams could be used as an example if they spend just a little bit too much.

Rather than simple checks such as weight and front wing flexibility, scrutineers can now take a very close look at any car at any race. Teams need to make sure everything they do is completely legal, or they could be chucked out of the race and have a hefty bill to get ready for the next one.

The FIA will now have a better understanding of the races they run, which can only be a good thing.

Taking apart a car isn’t as dramatic as you might think. This is normal in other FIA series. F1 has been the exception for a long time. Now it’s in line with other racing series, and it hopefully will make it harder for teams to break the rules.

So what are some examples of F1 teams breaking the rules that went under the radar?

OK, maybe not under the radar, but it was still very cheeky and would be way easier to deal with for the stewards with this new rule.

Last year, the Racing Point team was heavily investigated because they were running brakes illegal for them. The brakes were Mercedes’ design, and because Racing Point was using them, they were breaking the rules about shared parts.

Obviously, we all know the jokes about the Pink Mercedes copy car, but the brakes were important because those were beyond view from just taking cheeky photos of the car and would have to involve some collusion.

Racing Point easily hid them from view, meaning that no one could easily see if they had cheated.

So Renault launched a protest after the first few races of the 2020 season, and an investigation started. The team were docked 15 championship points and fined in the end.

But the critical point is that the FIA only investigated those brakes because of many protests by the Renault team, which meant that they didn’t go under the radar. Thank goodness Renault play by the rules and know what they’re doing, but should it be down to rival teams to question these things?

Oh, wait. Maybe they’re not the angels of F1 after all.

Renault themselves were disqualified from the 2019 Japanese Grand Prix because of an electronic brake bias adjustment system which was an illegal driver aid. They had been using this in the car since 2015 when the team was Lotus, according to Romain Grosjean, but there was no proof, so they kept the results from the previous races.

If a team is not protested, they could go on for a long time without the car’s internal features being known at all by the FIA.

Without a protest by Racing Point after the Suzuka race, that system would probably have carried on being used into the future, maybe even till today.

This is one of the most famous stories of shut down innovation in F1.

To reduce understeer, McLaren decided to put a separate brake on the inside rear tyre of the car to get the car to turn easier. This meant placing another pedal in the car, which the driver would then use mid-corner to heave the car round at a sharper angle.

No one knew about this sneaky system until an eagle-eyed photographer, Darren Heath, spotted in a photo he’d taken that Mika Hakkinen’s brake was glowing midway through a corner which is not how you drive fast in a racing car. Slow in, fast out. That’s the first rule. Surely?

Darren figured out there could be an extra brake pedal involved – fair play – and at the next race managed to put his camera in the McLaren cockpit after it retired and published the pictures of the three-pedalled car.

Other teams went mad, but they had no idea how to protest it because they had no idea of the McLaren’s internals. In the end, it was banned on the grounds of four-wheeled steering, but it had already helped McLaren to win races.

Ayrton Senna was one of the many who suspected the Benetton. Having watched the whole Pacific Grand Prix from the sidelines after crashing out, he thought he could hear specific engine sounds from Michael Schumacher’s Benetton that were definitely traction control.

The Head of aero for the team said that Senna probably was mistaking the sounds of Schumacher’s left foot braking technique for any traction control. No one really believed this. It was very suspicious, and a lot of people involved in F1 at the time still think Benetton was cheating.

It became a game of if you can’t beat them, join them, and most of the teams seemed to be using it illegally by the turn of the century. In 2001 the FIA gave in and made it legal again because they just couldn’t police it.

We’ll never know if Schumacher’s first title was illegal, but there would probably be a better understanding of the FIA were studying the car immediately after the race.

Do you agree with the FIA taking apart a random car at the end of every race?
Let us know in the comments below. 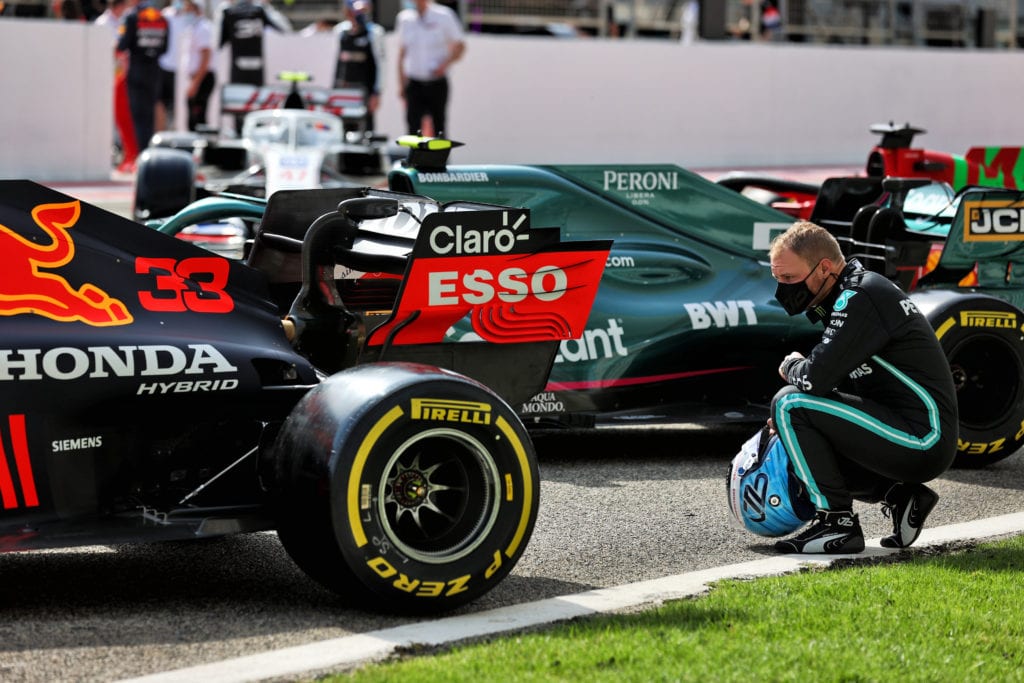