Why Is The Race At Imola No Longer Called The San Marino Grand Prix? – WTF1
Skip to content
×
Circuit , Feature , Formula 1
4 comments

Why Is The Race At Imola No Longer Called The San Marino Grand Prix?

When the famous Imola circuit returned to the F1 calendar last year, many were surprised to learn that it didn’t retain the same title as previous years – the San Marino Grand Prix. Instead, it had a new name and for 2021 will be called the ‘Formula 1 Pirelli Gran Premio Del Made In Italy E Dell’emilia Romagna 2021′. Uh huh, quite the mouthful.

Fortunately for fans and those using hashtags on social media this week, it’s been conveniently shortened to the Emilia Romagna GP. This is the same title it had last year too, but it got us wondering.

Why doesn’t the race have the ‘San Marino’ title anymore?

Before we start, time for a quick history lesson. Imola has hosted F1 races on 28 separate occasions. Apart from its inaugural race in 1980, and the post-2020 races, it’s always been known as the San Marino Grand Prix.

For its first race, it was known as the Italian Grand Prix as it replaced Monza. However, F1 returned to the track the following year, so F1 forced the name to change.

The name comes from a nearby country, the Republic of San Marino. It’s about 75 kilometres away from Imola, but with an “Italian Grand Prix” already on the calendar thanks to Monza, they needed to take inspiration from elsewhere.

Imola was keen to remain on the F1 calendar after their first event in 1980 and asked the Automobile Club of San Marino to apply for their own Grand Prix that Imola would host. It was approved, and the San Marino Grand Prix was born.

Although the circuit has hosted some incredible events, it can often be overshadowed by the distressing race weekend of 1994 in which two drivers lost their lives. After a horror crash earlier in the weekend that saw Rubens Barrichello miraculously survive, it was to prove motorsport’s darkest weekend.

AlphaTauri’s Pierre Gasly ran a racing helmet inspired by Senna’s at the race last year as a tribute to the Brazilian icon.

The circuit bid farewell to F1 in 2006, with many unsure if it would return. However, as a direct result of the coronavirus pandemic and the cancellation of so many races, F1 was forced to return to the FIA Grade One listed venue.

So, why did the name change?

Imola – or the Autodromo Internazionale Enzo e Dino Ferrari to give it its full name – is located in the Italian region Emilia Romagna. Locals are so proud to see F1 back; they wanted to shout about their region.

“Seeing Ferrari and the other cars racing on the Imola circuit will be a profound emotion,” Stefano Bonaccini, the Emilia-Romagna Region president, said in 2020.

“Imola has always been a natural venue for F1, and we’ve chosen to name the Grand Prix at Emilia-Romagna, in homage to our region, the land of motors par excellence.”

We like it, but we’re still not sold on the race’s full name—quite the mouthful. 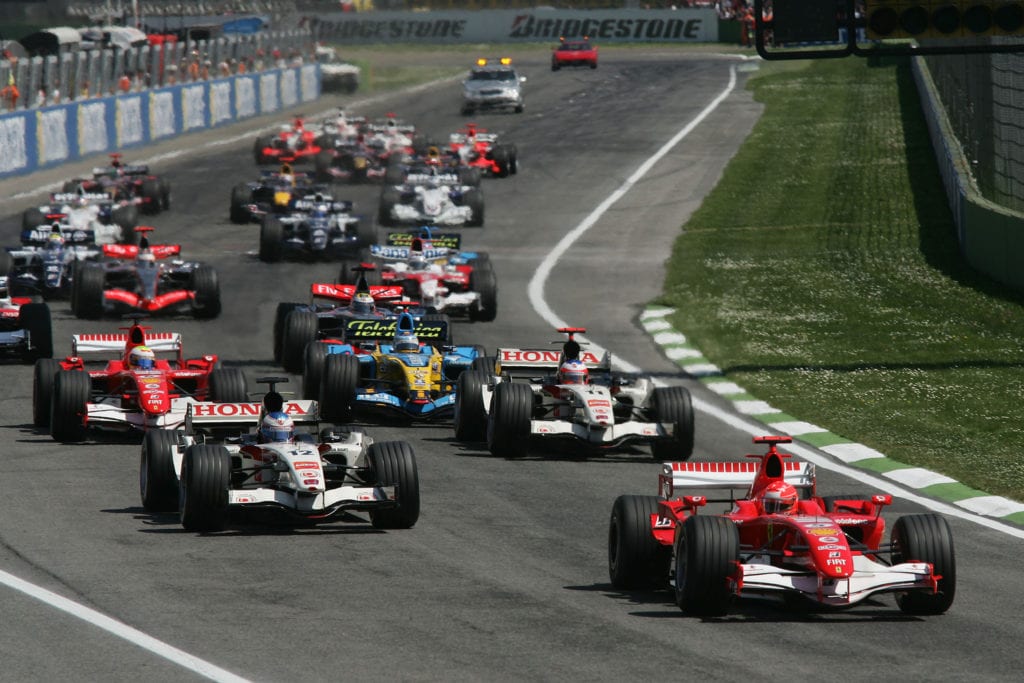