Why Jean Todt’s Reasons For Wanting Refuelling Back In F1 Are Misplaced – WTF1
Skip to content
×
Formula 1 , News

The final version of the 2021 regulations is due to be unveiled in October and presumably, discussions are pretty far along, with a few minor details left for everybody to sort out. Most of us are hoping for a ruleset which allows for closer racing and a fairer pay structure which allows some of the smaller teams the opportunity to be more competitive, but Jean Todt has other ideas – he wants refuelling to return. As quoted by Autosport:

“Personally, I would like to see refuelling, but I am happy to see a study on the positives and negatives. Cars are probably becoming a bit too heavy. That is something we discussed. I am pushing for analysing what it would mean if we reintroduced refuelling because if you reintroduce refuelling then you will have lighter cars at the start of the race and you can have smaller cars.”

Cars which are a bit smaller and lighter are probably something many of us would like to see, but if refuelling really the way to achieve that? Errrm, no. The increased weight of the cars (740kg in 2019 vs 605kg in 2009, the last year of refuelling) is down more to things like improved safety and the weight of the hybrid systems in the power unit. And while it’s true that cars did get longer when refuelling was banned, the current boats are because teams are trying to maximise the area of the floor in the quest for increased downforce, not because of space required for the fuel tank.

There were some good things about refuelling. It allowed for different strategies and cars which were faster throughout the race as drivers regularly pushed to the maximum. But again, reintroducing it wouldn’t suddenly allow drivers to go flat out for a race distance because of the need to manage things like tyres, power units and gearboxes. On top of that, refuelling cars adds a slightly unnecessary element of danger, shipping the rigs and equipment around the world is costly, and it totally goes against the ethos of the current engine regulations. The hybrid cars use vastly less fuel than their naturally-aspirated predecessors while being able to go the same speed – what’s the point of undoing that achievement by allowing them to be refuelled?

As a concept, refuelling is now completely out of sync with the route Formula 1 (and indeed, motorsport and motoring as a whole) has gone down. Reintroducing it to F1 would require drastic changes to myriad other areas of the sport – something which would probably not go down well with the teams and manufacturers already in the sport – after all, a change to make the power units simpler for 2021 was already shut down.

Worse than all of that, however, is that refuelling killed the racing. When it was brought in for the 1994 season, overtaking plummeted, and when it was banned again at the end of 2009, it went back up again. Teams and drivers would base their strategy about finding the optimal way to run their car in clean air, avoiding other cars and allowing them to pass each other through the pit stops rather than on the track, because that was a less efficient way of doing it.

From personal experience, I have bad memories of seeing a top driver running down the order thanks to a bad start, error, or penalty. But instead of having to fight back on the track, they’d simply load up with fuel, run a series of fast laps once everyone ahead of them pitted, and emerge from their own stop half-a-dozen places higher up the order. Where’s the fun in that!?

Of course, not all of the refuelling era was bad – we still saw classic races, epic battles, and races where fuel strategy actively made races more interesting. But they weren’t all that common and, in my opinion, reduced the likelihood of other races being more enjoyable. If it returned, I’m pretty sure history would simply repeat itself. 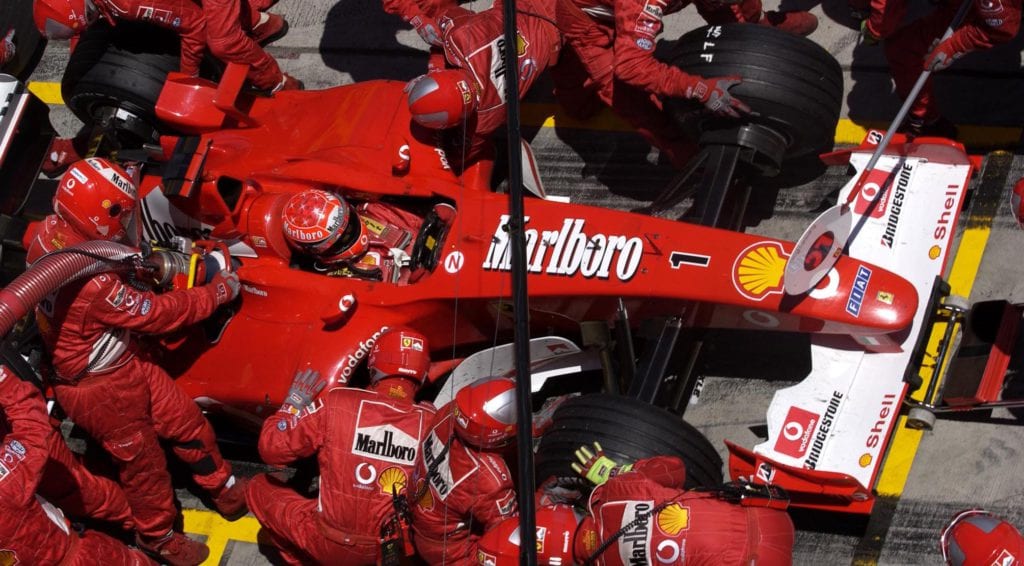