Why Max Verstappen’s Crash Could Have Been So Much Worse – WTF1
Skip to content
×
Crash , Formula 1 , News
3 comments

Why Max Verstappen’s Crash Could Have Been So Much Worse

Max Verstappen’s retirement in the Azerbaijan Grand Prix could well prove a pivotal moment in the world championship, with the Red Bull driver losing a guaranteed race victory and a chance to extend his lead in the title.

His scary tyre failure with just five laps to go, though, could have been a whole lot worse.

During one of Lando Norris’s streams, the McLaren driver watched the race highlights from Baku and reacted to Verstappen’s race-ending moment.

Lando points out that had Max’s car gone to the left instead of the right when the tyre failed, he would have gone straight into the pit entry wall.

Lando wasn’t the only driver to raise concerns over Baku’s pit entry, though. During Nico Rosberg’s Baku preview video on his YouTube Channel – which went live before the race, might we add – Rosberg made his point very clearly.

“Here, I’m going to show you one of the places I always found most dangerous of the whole year,” said Rosberg when driving the Baku City Circuit on a simulator.

“It was quite scary. You’re arriving here at 350 kph. Imagine something breaks on the car, just four metres to the left, there’s a wall, and it’s facing you. So if something breaks here and you’re in that wall, it’s the end. There’s no more you.”

It’s scary to think Verstappen did have a failure at that exact moment, but thankfully his car darted off to the right instead of the left. Especially when Rosberg suggests making contact with that wall could perhaps even be fatal.

“No, I disagree with that comment,” said Masi. “The pit entry and the entire circuit has been designed, and is homologated by the FIA as a Grade 1 circuit, and fulfils all of the various safety requirements that the FIA has within its regulation requirements. So no, I disagree.”

Do you think the Baku pitlane needs to change for future races?

Let us know what you think in the comments. 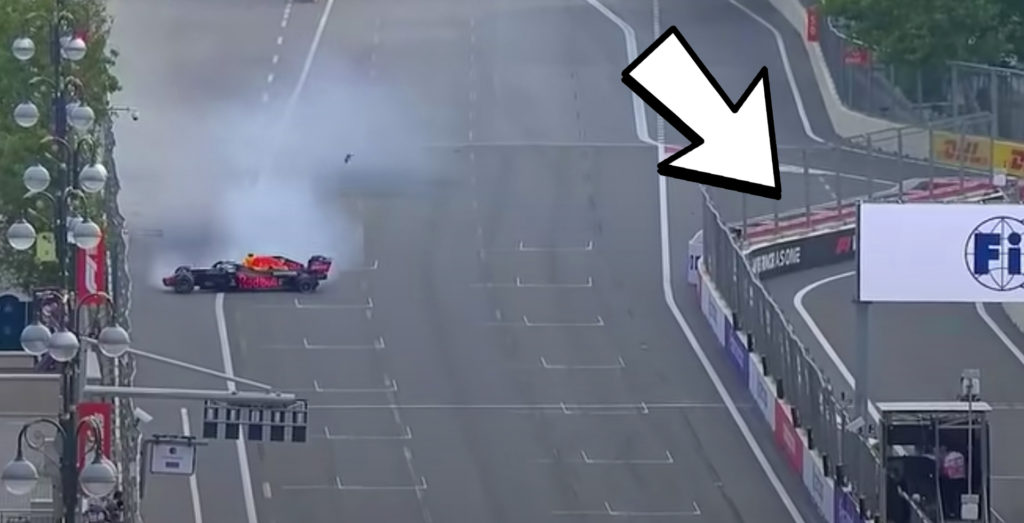