Why McLaren Could Have A Driver Problem For 2019

The paradigm of McLaren suffering in 2018 despite sitting fourth in the constructors’ championship shows that the team has been well positioned in the races so far when other drivers have retired or had issues. Alonso and Vandoorne will be hoping to keep up their points scoring form throughout the season as there are two junior drivers McLaren will be keeping an eye on this year.

McLaren CEO Zak Brown has emphasized that Alonso and Vandoorne aren’t locked into a 2019 seat with the team.

“McLaren will always look to put the two best drivers that it can in the car and no one has any promises from McLaren verbally or contractually as to who is going to be in our car in 2019. We won’t comment on our contracts but I can tell you that no one has a guarantee to be in our seat for 2019, regardless of any race results.”

It currently looks like Alonso, Vandoorne, Lando Norris and Nyck de Vries are all in contention. Four drivers don’t go into two seats unless Monisha Kaltenborn is in charge, and she isn’t, so the emphasis has to be placed on the performances of the current line up.

Alonso’s abilities in an F1 car aren’t really up for debate, but can the team really justify his massive salary if McLaren underwhelms and finishes somewhere in the midfield? Rumours suggest not.

Vandoorne had an understated but impressive race in Bahrain but was anonymous in Shanghai. He’s put in some strong drives but isn’t quite performing as well as we perhaps expected, given his junior career. Is he showing enough for McLaren to continue to have faith in him?

In Formula 2, McLaren junior Lando Norris dominated the first race of the season in Bahrain, and Nyck de Vries had a fairly strong weekend too. These McLaren-affiliated drivers must consider the prospect of getting a call-up to the F1 team in 2019 – especially in Norris’s case – because Brown has essentially announced that both seats are potentially up for grabs.

All eyes are on the likes of what Kimi Raikkonen, Valtteri Bottas and Daniel Ricciardo do next year, but the McLaren situation could be just as intriguing. 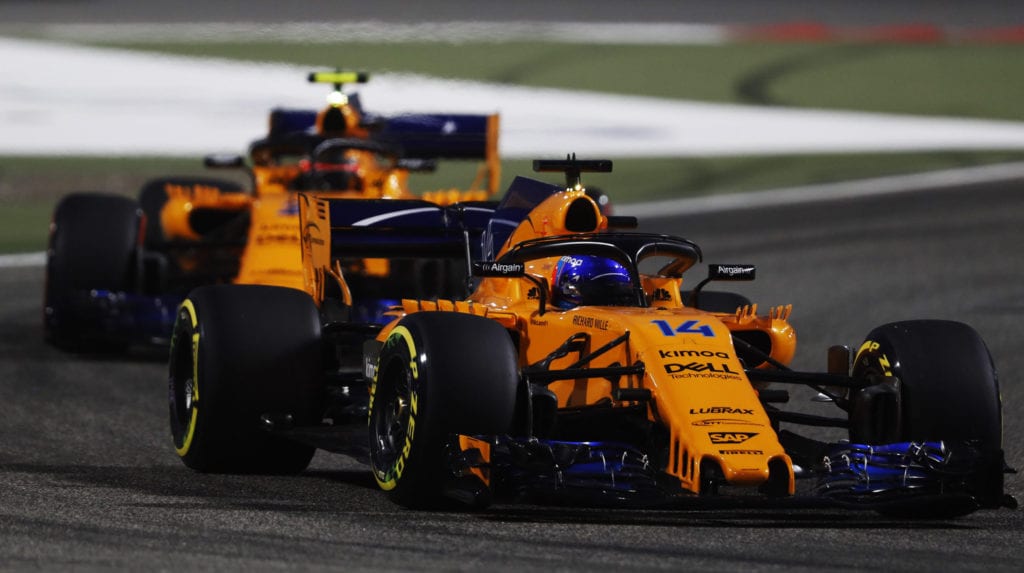