Why Mercedes Needs To Keep Valtteri Bottas For 2020

As the opening lap of the Hungarian Grand Prix unfolded, seeing Bottas slip down the order left me feeling immensely frustrated. He badly locked his brakes into the first corner trying to put Max Verstappen under pressure, and then came under attack from his teammate into Turn 2.

Lewis Hamilton tried to go around the outside – a valid move at the Hungaroring and one of the reasons why I think it’s an underrated circuit – but the driver on the inside still has plenty of defensive options. Given the leniency the stewards have shown in recent races, I fully expected Bottas to squeeze Hamilton on the exit as much as he could, pinning him to the outside, causing him to back off and then at least having the chance to go side by side through Turn 3 – much as the Toro Rosso drivers did later in the race.

Instead, Bottas left miles of room for his teammate which not only compromised his own exit, but allowed Hamilton to keep momentum and sweep ahead into Turn 3.

Notably, Hamilton wasn’t quite so generous coming out of Turn 3, squeezing Bottas onto the kerb, causing him to back off and allowing Charles Leclerc through, leading to the contact which damaged his front wing.

Now, it’s easy for me and my minimal racing experience to sit here from the discomfort of my office chair and criticise Bottas for a series of split-second decisions, but this has been a bit of a pattern throughout his career. He has pulled off some superb moves (passing Hamilton into Copse at Silverstone was mega) but generally speaking, he’s either a little bit clumsy or a little bit timid. With his seat at Mercedes for 2020 on the line, it seems he chose to take the option least likely to result in making contact with his teammate (which would surely have been career suicide) but instead put himself in a situation which led to him finishing eighth instead of third (and ironically possibly allowing Mercedes to make the race-winning decision to pit Hamilton for a second time).

From an individual perspective, this is what frustrates me. Bottas is in a situation where he’s driving a championship-winning car and is the closest rival to Hamilton. If he ends up getting dropped, I don’t think you could honestly say that he tried everything to get on terms with him, particularly in a wheel-to-wheel context. Not many people can best Hamilton at that particular game – Nico Rosberg was pretty rubbish at it, but he at least tried. Even if Rosberg’s over-aggression ruined it for himself more often than not, that sort of driving puts a bit of doubt in the mind of your rival when they know that you’re willing to push the limits to succeed. Bottas’s peak talent levels are good enough to compete with Hamilton, the problem is that he perhaps doesn’t fight him hard enough when he needs to.

Bottas also threw away a fourth-place finish trying to keep up with a Racing Point in Germany so may have been making a conscious effort to not screw up in Hungary, only to end up overthinking it and going too far the other way. The net result is four points from the last two races when he should have scored at least 30, which would have almost halved the gap to Hamilton in the championship.

Based on that, it wouldn’t be surprising to see Mercedes take the decision to drop Bottas for Esteban Ocon. I think that’d be the wrong move.

For all of his flaws, Bottas is the perfect fit as Hamilton’s teammate. The last two races were a bit of a blip – not overly surprising when your boss is openly talking about your seat being up for grabs – but until then, he was doing better than ever. The bearded, porridge-fuelled Bottas 2.0 superbly won in Australia and Baku and the qualifying battle with Hamilton reads six-all. He’s a bloody fast driver. And yet, in his two-and-a-half seasons with the team, he hasn’t had any major fallouts or problems with his teammate. Hamilton likes having him on the other side of the garage – he’s fast enough to challenge him, but not so fast that he can’t beat him. I’d even say that if he managed to iron out his off weekends, he might be able to challenge Hamilton rather more often.

As teammate dynamics go among the top teams, Mercedes has got things pretty spot on. Sebastian Vettel and Leclerc appear to be evenly matched, but it’s not hard to see how that might become difficult in future (there have already been some team orders issues). And while Verstappen is surely quite happy to have a teammate who’s nowhere near his pace, Pierre Gasly is costing Red Bull badly. They’d surely love a Bottas-type driver in the other car to rack up points without causing friction.

Mercedes main alternative is, of course, Esteban Ocon. In terms of performance, he’s a difficult driver to read – in his two years alongside Sergio Perez, you couldn’t categorically say he was the faster driver, though he certainly wasn’t slower. And only being as fast as Perez is no bad thing as he’s one of the most highly-rated guys in the midfield. Mercedes certainly have confidence in his pace, otherwise he wouldn’t be in consideration, so that’s not a problem.

How he’d affect the team harmony, though? That’s another matter. Ocon and Perez didn’t exactly get along and they got together in a number of incidents. Throw in some of the other clashes Ocon has been involved in (with Kimi Raikkonen in Baku and Max Verstappen in Brazil, for instance) and you’ve got a driver who’s at the opposite end of the scale to Bottas’s more cautious approach.

A Verstappen or a Vettel in Bottas’s position in Hungary would probably have been much ruder to their teammate, but ultimately fair. With Ocon? I’d predict a few fireworks and a bit of a rough relationship – great for us as fans, not so nice for the team.

His temperament is another potential stumbling block. Although Verstappen probably shouldn’t have pushed him around in parc ferme In Brazil, Ocon wasn’t exactly trying to diffuse the situation. He’d been in the wrong with the incident and was then wronged after the race, but to respond with a wide-eyed grin and continually walk back up and seemingly goad Verstappen into more reactions wasn’t perhaps the most mature way to deal with the situation.

Of course, the Ocon of 2017 and 2018 might be a very different person to the Ocon of 2020 – just look at how Verstappen has evolved in the last year. A season on the sidelines, working closely with a championship-winning team and seeing how it operates could work wonders. And yet, returning to F1 after a year out can be a tricky business – let alone when you’re returning to the most successful team of the decade. Taking time to get up to speed is alright if you’re in the midfield, but up at the front and under the spotlight? It’s not like he’s keeping his skills in DTM or something either – he’ll be rocking up at Albert Park completely race rusty.

If Mercedes were going to drop Bottas for Ocon, this should surely have been the season where that happened. Bottas was struggled badly in 2018, didn’t win a race all year, and finished fifth in the championship. Ocon was hungry, race fresh, and could have slotted in nicely. Mercedes gave Bottas the benefit of an extra season and he’s considerably upped his game. To drop him in spite of that improvement for a driver who’s a slightly unknown quantity in terms of performance and how he’ll affect the team dynamic is not only a bit of a risk, but a little cruel on Bottas.

Instead, if I were Toto Wolff, I’d keep Bottas and be looking for a way to loan Ocon to a midfield team, such as Renault or Haas. Then, you could use that year to evaluate how Ocon is doing, as well as the other Mercedes-backed driver who’ll surely make the switch to silver in the future – George Russell. He’s been sensational in his rookie year with a troubled Williams, even drawing comparisons to Fernando Alonso’s debut season with Minardi in 2001. You could argue the case for him being worthy of a Mercedes seat next year, but with Wolff already saying it’s between Bottas and Ocon, that’d be a real surprise.

Another year with a (hopefully more competitive) Williams team and Russell might be a candidate step up to Mercedes in 2021 – but if Ocon is already there, he’s at risk of falling victim to the same bottleneck Ocon has and missing out for a year (or more) – unless Hamilton suddenly retired, anyway.

Put simply, extending Bottas’s contract for another year would simply give Mercedes more options. He’d continue to perform at a solid level, winning the odd race, occasionally challenging Hamilton, and not introduce any confrontation into a season where, if 2019 is anything to go by, Red Bull (and yes, maybe Ferrari too) could well be proper title contenders.

Ocon would get to benefit from a year back in the seat before a potential move to a top team, and Mercedes could better evaluate whether it’s he or Russell who would be best suited to life as a Mercedes driver. Hell, Bottas might even do well enough that he stays on even further.

It is a tough situation for Mercedes, though, mainly since it has four drivers and two seats, one of which is only going to be vacated on the terms of the driver. The team is going to have to give one of its youngsters a shot at some point – otherwise, what’s the point of Mercedes even having a junior programme? For now, though, another year of Bottas seems to be the logical choice. Then again, taking a gamble isn’t always a bad thing – just look at how Mercedes won the race in Hungary… 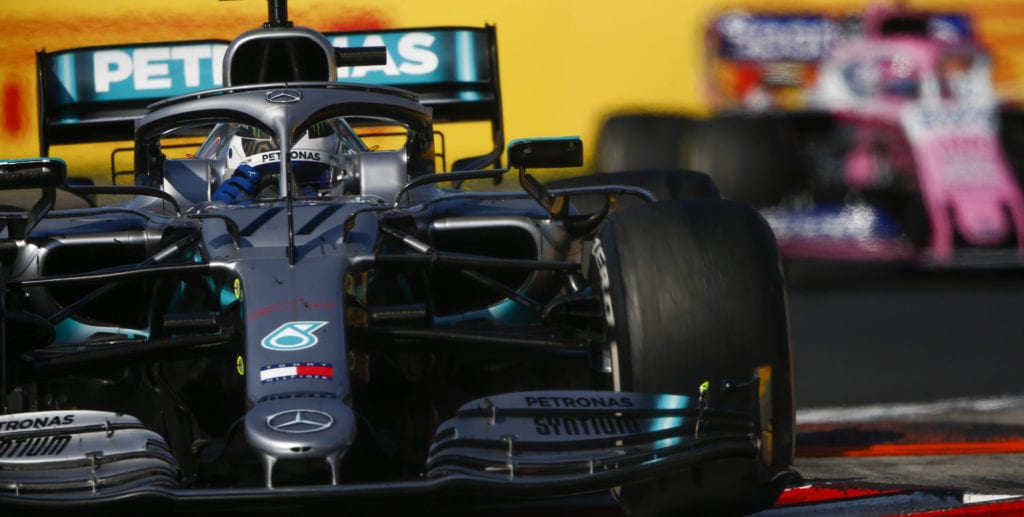